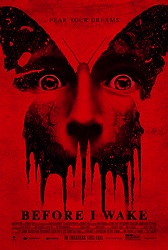 Before I Wake (2016, dir. Mike Flanagan) I know this has been on Netflix for a week now, but I haven't had a chance to watch it yet. Maybe you haven't either. I'm recommending it because I have not yet been let down by a Mike Flanagan movie and because this one deserves our attention after so many years spent in limbo (Flanagan made it before both Hush and Gerald's Game, both of which were released in the U.S. first). I'm pretty glad I didn't spend a bunch of money to import the movie on Canadian Blu-ray, which both Adam Riske and I considered doing when I thought it would be the only way to see it. (Watch on Netflix) 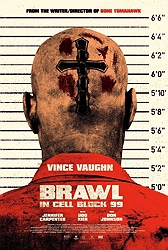 Brawl in Cell Block 99 (2017, dir. S. Craig Zahler) By now you've heard two different takes on this movie here on the site. Adam and Rob were somewhat lukewarm on it when they reviewed it, but I put it near the top of my favorites of 2017. I don't think I expected that to be the case when I saw the film back in October, but it has stayed with me in a way few other movies have this year. Like Zahler's last movie Bone Tomahawk, it's an incredibly well-realized blend of character piece and hardcore exploitation, with more brutal violence than any other movie released last year. Vince Vaughn is next-level good. I only wish Zahler's next movie didn't star Mel Gibson, which makes it pretty hard to be excited about it despite the filmmaker being one of the most interesting new voices in cinema right now. (Watch on Amazon Prime Video) 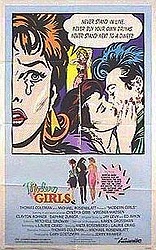 Modern Girls (1986, dir. Jerry Kramer) I probably can't defend my affection for this '80s also-ran (I hesitate to call it a classic), but the presence of both Daphne Zuniga and Cynthia Gibb in two of the three major roles probably helps explain it. The two of them and Virginia Madsen play party girls out for a night on the town; hijinks ensue. Clayton Rohner plays a dual role, which gives you a pretty good indication of what you're in for. I honestly think that Depeche Mode's "But Not Tonight" playing over the final scene and end credits has a lot to do with my fond memories of the movie; it convinces me that the movie is more soulful than it actually is. (Watch free with ads on Vudu) 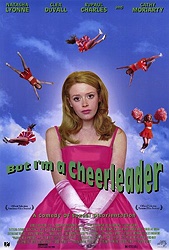 But I'm a Cheerleader (1999, dir. Jamie Babbit) This underseen coming-of-age comedy stars Natasha Lyonne as a square young woman who comes to terms with her sexuality, leading her parents to insist she undergo conversion therapy. The supporting cast, which includes Melanie Lynskey, Clea DuVall, Cathy Moriarty, Michelle Williams, Bud Cort, and RuPaul, are all very entertaining, and it's clear from the bright pastel palette and the casting of Mink Stole that director Babbit is riffing on John Waters here. It's rare that a young filmmaker pay tribute to Waters and get the spirit right, but this one does. (Watch on Hulu) 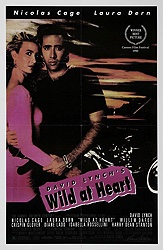 Wild at Heart (1990, dir. David Lynch) I saved the best for last. It sucks that you'll have to watch this with ads, but if you've never seen David Lynch's road movie romance, please fix that this weekend. Laura Dern is hot right now, right? Well she's never been hotter than this. Nicolas Cage kicks fucking ass. Willem Dafoe is one of the all-time great scumbags. The movie is weird (David Lynch) and sexy and violent and beautiful and super romantic. Twelve-year old me ordered this off of pay-per-view after school one when my mom wasn't home because I heard it won the award at Cannes and because I liked that Chris Isaak song (I still do). I was not ready for what this movie is. As an adult, I love it a lot more. (Watch free with ads on TubiTV)
Posted by Patrick Bromley at 12:00 PM

Email ThisBlogThis!Share to TwitterShare to FacebookShare to Pinterest
Labels: before i wake, brawl in cell block 99, but i'm a cheerleader, daphne zuniga, david lynch, i stream you stream, mike flanagan, modern girls, wild at heart