This week's picks celebrate some of 2017's best, curly hair, and a very special birthday. 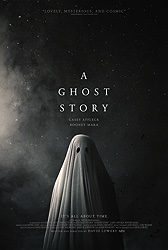 A Ghost Story (2017, dir. David Lowery) Here's a movie that got some attention from both me and JB on our Best of 2017 episode. If you can get past the presence of Casey Affleck in the lead (he's under a sheet for most of the movie, if that helps), this is a haunting, sad, beautiful movie about grief and moving on after loss. I fully expected to not respond to this movie because it seemed, well, twee. Imagine my surprise when it broke down all of my defenses to become something greater than I anticipated. (Watch on Amazon Prime Video) 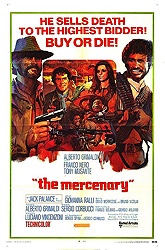 The Mercenary (1968, dir. Sergio Corbucci) A terrific spaghetti western that pits Franco Nero against Jack Palance, here playing a dandy with a perm. There are heavy shades of Kurosawa here (already adapted by Sergio Leone for a different Italian western), but the whole thing is big enough and filled with enough colorful characters to overcome the familiarity. Ennio Morricone contributes another great score (which you may recognize its repurposing in the Kill Bill movies), because of course he does. (Watch free with ads on Vudu) 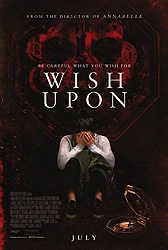 Wish Upon (2017, dir. John Leonetti) You've heard us talk about and reference this movie for at least half a year now, and I have to give all due credit to Adam Riske for being its biggest champion (going so far as to include it on his Top 10 of 2017 list). I know a lot of people hate it. I think it's too much goofy fun to hate. Watch it this weekend just so you'll understand the joke every time we talk about being sluts for wontons on future podcast episodes. #FOMO (Watch on Amazon Prime Video) 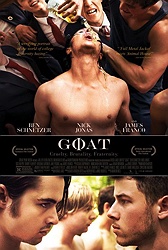 Goat (2016, dir. Andrew Neel) Here's a drama about frat boy hazing that's somewhat unpleasant and one-note, but effective nonetheless -- even though a good deal of its primary dramatic arc is lifted from River's Edge. As someone who never belonged to a fraternity and can't really wrap my head around the concept, it preaches to the choir. The Jonas brother is pretty good in a supporting role. (Watch on Hulu) 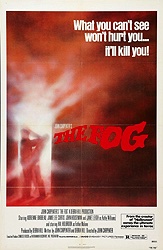 The Fog (1980, dir. John Carpenter) John Carpenter turned 70 this week! Celebrate by watching one of his classic films and one that doesn't get much attention outside of horror geek circles: his 1980 ghost story The Fog. Made during his killer run in the late '70s/early '80s, The Fog is Carpenter's most atmospheric movie and has a great campfire quality (literally). It's a movie I don't consider one of my favorites of his and yet I feel like watching it all the time, so that's got to be worth something. (Watch on Shudder)
Posted by Patrick Bromley at 12:00 PM

Email ThisBlogThis!Share to TwitterShare to FacebookShare to Pinterest
Labels: 2017 movies, a ghost story, goat, i stream you stream, john carpenter, netflix instant, sergio corbucci, the fog, the mercenary, wish upon