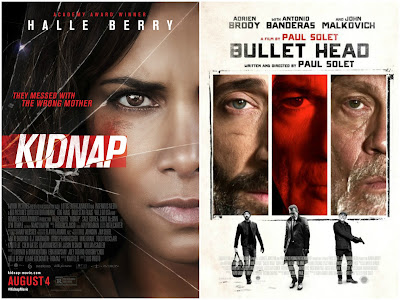 I’ll cut to the chase: One of these is good! 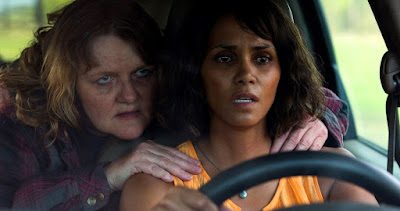 It doesn’t bring me any joy to tell you that the Halle Berry thriller Kidnap is a huge pile of shit. Honestly, it doesn’t. I don’t Redbox because I hate you; I Redbox because I hate myself, and I’ve made my peace with that. I don’t take pleasure in reporting that the movie — in which Berry witnesses her young son’s (Sage Correa) abduction and chases down the white trash couple (Lew Temple and Chris McGinn) who nabbed him — is a cheaply and incompetently made snoozer that seems to have been shot over a weekend. As I’ve argued in the past, Redboxing has never been about the ironic pleasure of renting bad movies and making fun of them. No one has time for that, especially not in 2018. Who would want to bring themselves more pain than the world is already inflicting on us? Redboxing is supposed to be about using the comfort of home video (and, frankly, that $1.50 price point) to catch up on some mid-range releases that we didn’t have the time, interest, or energy to see in theaters. Like The Post. I will absolutely be Redboxing the shit out of The Post. So hard. All day.

Anyway. Kidnap may hate its audience, but it really hates its star. Halle Berry (who also has a producer credit, though it’s not clear if that was for work performed or just some sort of apology) spends the film crying in mid close-up and using long monologues to fill in plot details and character beats that there just wasn’t time to shoot (film is a verbal medium, after all). It’s truly uncanny how little Kidnap trusts its audience to grasp ideas such as “A mother will do anything to recover her son,” or “People with no money are very desperate,” or “iPhone batteries should really last longer” without having them explained. That last one is fake, but it does bring up the most curious aspect of Kidnap’s plotting: Berry’s character drops her cell phone when she sees her son abducted. She gets in her car and chases the assailant, and she’s never more than fifty feet away from him for the first half of the film. Did Terrence (Temple, the kidnapper) know she didn’t have a phone? Did he have a plan for fending off police officers she might have called? What if she took his picture and doxxed him? What about a gun? She walks right up to the car at one point. What if she just shot him? Am I going insane? 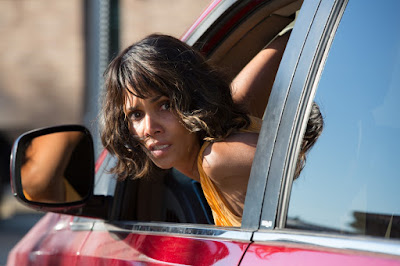 Despite what I said earlier about the inherent integrity of Redboxing, it can be great for finding quirky schlock like American Assassin, Nerve, or Gods of Egypt. Little movies that could, so to speak, movies that feel like they were made by space aliens who live on a strange and exciting planet of nonsensical wonder. Kidnap is certainly from a different planet, but it’s a planet full of pain and darkness where everyone’s crying and shouting all the time. Alright, I guess that’s our planet. Point taken. This analogy might be falling apart, but that doesn’t make Kidnap any better. Let me start over. I think what I’m trying to say is that it’s the kind of movie that makes Redboxing really uncomfortable, like watching someone’s first open mic stand-up set or their last game as an over-the-hill athlete. Completed in 2014 (probably riding the Taken train), the movie was apparently shelved four separate times while Relativity Media filed for bankruptcy and was eventually picked up by Aviron Pictures, who promptly took a bath on its release. That kind of makes Kidnap a lost soul, doesn’t it? An orphan I’ve brought in from the rain. Maybe that makes it all worth it. Maybe not. 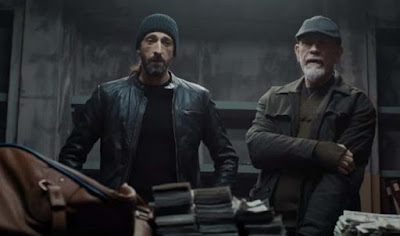 I’m just going to be honest with you. I don’t really get dogs. I mean, I understand what they are and how they function and all that, and I can identify one when I see it, but I’ve never been much of a Dog Person. I know that makes me a terrible human being and that many of you will stop reading here. Believe me, I get it. People are emotional about their dogs. People move into bigger houses and get better jobs for them. John Wick killed a bunch of people for his. It’s wild. Everyone seems to have that one dog that either changed their life or scarred it forever. That’s certainly true of the characters in Bullet Head, a movie that took the premise of Reservoir Dogs and literally — no bullshit — added an actual dog. Adrien Brody, John Malkovich, and Rory Culkin star as three crooks who hole-up in an abandoned warehouse while they wait for the heat from their latest heist to die down. While the older men trade stories about past jobs and Culkin tries to manage his dope withdrawal, they discover that the warehouse is home to an underground dog fighting ring (managed by Antonio Banderas) and that one especially vicious competitor is roaming free in the halls.

Writer/director Paul Solet (who also helmed a segment of Tales of Halloween) offers a script straight out of a hard-nosed, Cagney-era (era) gangster film. Characters are constantly talking about screws and scores, and Malkovich in particular seems to have no shortage of Prison Wisdom to share with the others. Though it sports many hallmarks of a first script (it’s at times precious and overwritten, and most of the characters speak with the same voice), Solet’s creative visual style prevents the film from skewing too far into late '90s Tarantino-ripoff territory. Three key flashbacks highlight a strong animal motif (dogs, chickens, and tropical fish) and there’s even a stray bunny waddling around the warehouse that plays a key role later on. An additional thread of flashbacks fleshes out both Banderas’ story and that of the dog, De Niro (all of the fighting dogs are named after tough guy actors like Brando and Newman, a detail that would be obnoxious if the film lingered on it any longer than it does). Actually, Bullet Head deserves a lot of credit in this area; it plays up its gangster fetishism without getting so lost in it that it becomes farcical. 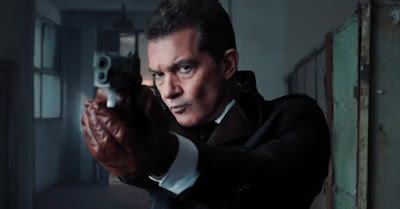 I like Bullet Head. It’s a good Redboxing movie. It’s got third act problems out the ass (the pacing drags once Brody and De Niro — the dog, I mean, though that would be an interesting wrinkle — start chasing each other around the warehouse, and Banderas’ pair of self-indulgent monologues would annoy even Silva from Skyfall), but it’s earnest and, as opposed to last week’s selections, takes good care of its genre. Solet and his team want every shot to be special and entertaining, and, even if a few bits fall flat, Bullet Head is super excited to be what it is. One note: I can’t help feeling like things could have gone a little pulpier at times, a little more In Bruges absurd. Maybe the instinct to ground the film in some kind of heightened reality robbed it of a little bit of its charm. After all, this is a movie about criminals trapped in an enclosed space by a killer dog. Maybe don’t be so in love with the dog? Again, I’m horrible. Overall, though, Bullet Head is a calling card movie, something to be presented to investors in hopes of scoring a bigger, badder dream project. In that respect, it does the trick.
Posted by Patrick Bromley at 5:00 AM