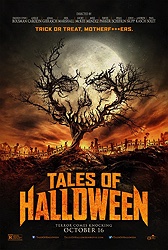 As a devoted lover of the current indie horror scene, there is no horror movie I was anticipating more this year than Tales of Halloween, an anthology film with contributions from 11 of the strongest voices working in the genre today. This is my event film. This is my Avengers. And it does not disappoint.

Tales of Halloween isn’t just one of the best anthologies of the last 30 years, but also among the best Halloween-themed horror movies ever made. It’s funny and bloody and wicked and affectionate towards the genre in a way that few other films are. It’s the most fun I’ve had at a horror movie in a long, long time. 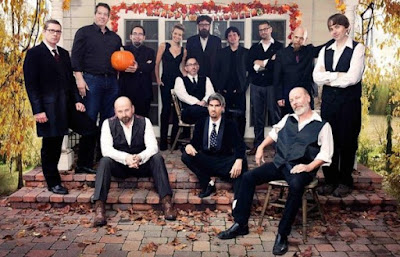 Taking place all on the same Halloween night, Tales offers up ten stories of slashers, aliens, killer kids, monsters, ghosts, witches, and the devil as played by Barry Bostwick. The list of talent involved reads like a “who’s who” of the modern independent horror scene: segments are contributed by Axelle Carolyn, Mike Mendez, Dave Parker, Darren Lynn Bousman, Adam Gierasch, Paul Solet, Lucky McKee, Neil Marshall, Ryan Schifrin, John Skipp and Andrew Kasch -- and that’s just behind the camera. Appearing in the film are genre stars past and present: Caroline Williams, Robert Rusler, Tiffany Shepis, Trent Haaga, Dana Gould, James Duval, Pollyanna McIntosh, Starry Eyes’ Alex Essoe, Barbara Crampton, Lin Shaye, Mick Garris, John Landis, Joe Dante, Stuart Gordon, John Savage, Cerina Vincent, Pat Healy, Kristina Klebe, Mark Senter, Graham Skipper, Adam Green, Grace Phipps (Some Kind of Hate), Keir Gilchrist (It Follows)… the list just keeps going. It’s an embarrassment of riches of genre talent, and the film requires multiple viewings just to catch all of the cameos and familiar faces popping up in the background (several of which I have chosen not to name here). It’s also what makes Tales of Halloween more than just another anthology film -- it’s a gleefully joyous celebration of the horror genre and so many of the people who have made an impact within it. 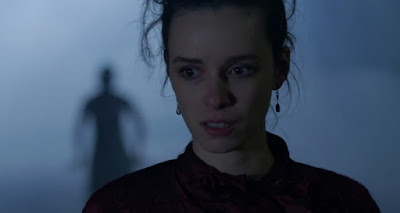 One of the pitfalls of anthology films is that they are rarely consistent -- there’s always one or two bum segments. For every “The Crate,” there’s a “Lonesome Death of Jordy Verrill;” for every “Diary of Anne Frankenstein,” an “I Was a Teenage Were-Bear.” There are no duds in Tales of Halloween, and while I’m sure everyone will have his or her own personal favorite, it’s not because any of the other segments are bad, but merely a function of taste.

The shorts run the gamut, from the over-the-top splatstick of Mike Mendez’s “Friday the 31st” to Lucky McKee’s twisted fairy tale “Ding Dong” to Axelle Carolyn’s genuinely scary ghost story “Grimm Grinning Ghost” to the Sergio Leone-inspired horror western that is Paul Solet’s “The Weak and the Wicked.” There’s something for everyone, provided that the “everyone” in question is a lover of the genre. Casual fans can still enjoy Tales of Halloween because it’s fun, funny, and wildly entertaining, but it really is a horror movie made for horror nerds. This horror nerd appreciates that fact.

Unlike many horror anthologies, there’s no wraparound story here; after an opening credits sequence wonderfully scored by Lalo Schifrin, things get going right away. The segments do bleed into one another (pun intended), though, and exist in the same universe; trick-or-treaters from one story show up in others, events from the first short are referenced in the last. Whether intentionally or by accident, this group of filmmakers -- all real-life friends who set out to make this movie as a celebration of the community they’ve found together -- cover every possible aspect of the holiday they’re honoring. 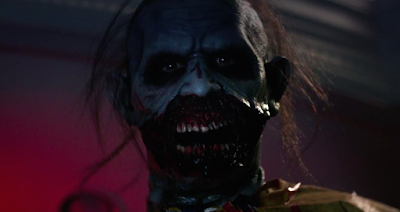 Dave Parker’s “Sweet Tooth” nastily answers the question of what really happens to kids’ Halloween candy when they go to sleep. “This Means War,” from directors Andrew Kasch and John Skipp, addresses not just the extent to which some enthusiasts decorate their houses for Halloween, but also a very real schism that exists in the genre between old-school monster fans and modern day gorehounds. Darren Lynn Bousman’s hilarious “The Night Billy Raised Hell” (from a script by Clint Sears) looks at Halloween pranks gone wrong, while Neil Marshall’s “The Bad Seed” closes out Tales of Halloween with a monster short very specific to Halloween night and an affectionate tribute to ’80s cop movies. This anthology is drunk in love with movies, Halloween, and horror.

If it’s not yet clear (and if it’s not, you clearly haven’t been paying attention), I’m a big, big fan of Tales of Halloween. The passion and joy of everyone involved shoots like a laser out of the screen, beaming directly into the parts of my brain that make me grin like a blissfully happy dork for 90 minutes. I would say it’s a movie that’s soon to become an annual tradition for me, but that would mean I’m only watching it in October and there’s little chance I can limit myself to just one viewing a year. I can’t wait to revisit it again and again, celebrating the best night of the year and my favorite genre with a group of filmmakers clearly having the time of their lives. I love this movie.

Tales of Halloween is in limited release and on VOD and iTunes beginning today, October 16th.

This review was originally published on DailyDead.com.
Posted by Patrick Bromley at 5:00 AM