The Worthiness of THE WACKNESS 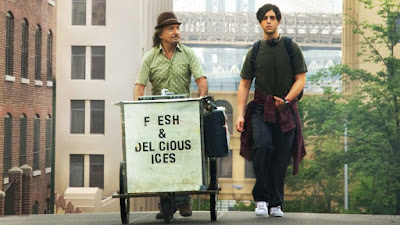 Can a soundtrack make you love a movie?

I found myself asking this question as I rewatched The Wackness for the first time since 2008. I remembered watching it back in college and finding it to be enjoyable, but it didn’t stick with me. Instead, what stuck with me was the soundtrack. Every single song was one that I loved and that brought me joy. Over the years, I forgot much about the plot of the movie, but I continued to have warm feelings towards it because of the music. I saw that it was on Netflix and thought, “Huh, I bet not a lot of people remember The Wackness. I should do an article. I’m pretty sure I liked that movie a lot!” Well, I’m happy to report that, while I may not love The Wackness the actual movie as much as I love the soundtrack, I still thoroughly enjoyed watching it after all of these years.

The Wackness was released in 2008 and was directed by Jonathan Levine, known for directing All the Boys Love Mandy Lane, Warm Bodies, The Night Before, and my favorite of his films, 50/50. I go back and forth on my opinion of his directing style in The Wackness. On the one hand, the movie sometimes breaks into these small fantasy sequences from the perspective of the lead character, Luke (Josh Peck). I like these breaks from reality, as they bring a bit of joy to what can at times be a downer. I don't always love the standard aesthetic of the movie – everything is washed out in various shades of tan as if there is a summer haze at all times. That plays up the “last summer before college” vibe, but there are scenes where I wish a brighter hue had been used. 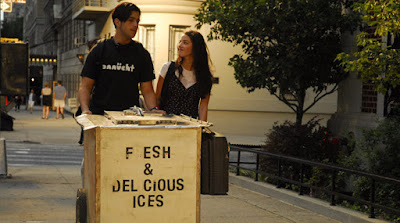 As mentioned, the lead character of The Wackness is Luke, a newly graduated high school student who lives in New York City in 1994. Luke doesn’t have much of a plan for the future. He spends his time dealing drugs and talking with his psychiatrist, Dr. Jeffrey Squires (Ben Kingsley). who he pays via drugs. Luke has a business relationship with the people he sells to in his high school, but he doesn’t have friends. He learns after going to make a sale at a party that most of the class is traveling for the summer as a last hurrah before college, something that he was not invited along to do. The only other person from their class that hangs around the city for the summer is Stephanie (Olivia Thirlby). This kicks off a summer where Luke learns a bit about himself through his burgeoning relationship with Stephanie and his continued conversations with Dr. Squires. The Wackness doesn't focus solely on Luke – he is the main character, and most of the film is through his eyes, but a good amount of weight is given to the role of Dr. Squires. I'm not always a fan of this decision. Squires isn't as interesting as the movie would like us to think. Ben Kingsley plays the part with an accent that is… odd. I am not sure if he's trying to sound American (it's definitely not British) or if it’s supposed to imply that he’s a hippie. It’s unlike anything I’ve heard before. His presence may work for others (which is great and let me know if it does!), but I feel that less would have been more. 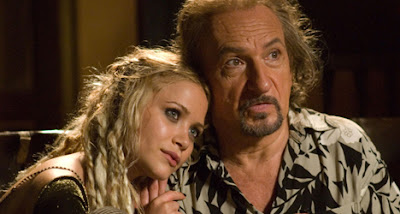 There are two MVPs in The Wackness. The first is the soundtrack that I waxed rhapsodic about at the start of the article. The music is almost entirely early '90s hip-hop, and it is flawless. The second MVP is Josh Peck. I very rarely (if ever) choose the lead as the MVP, but he is by far my favorite character. Luke has this way of laughing when he is embarrassed – this sort of "Nah/ah hah" that I find incredibly endearing. It's as if he is both laughing at himself while trying to change the subject and mount a denial all at the same time. The slang he uses may not work for everyone, but if you can learn to look beyond what may seem like dated lines, you will find a performance that is subdued, but heartfelt.

I hope that readers get a chance to check out The Wackness. If you see it, let me know your thoughts! As always, I’ll leave you with…

• Using weed to pay for a psychiatrist is ingenious.

• Luke is a real upper: “Tomorrow I graduate. I go to my safety school. I get older, and I die."

• Luke's HS classmates are all dicks.

• This soundtrack is amazing. I love it so much.

• Method Man is in this! ...playing a Jamaican... While his song plays in the background.

• It throws me off that Ben Kingsley plays the psychiatrist.

• Josh Peck is great in this movie. 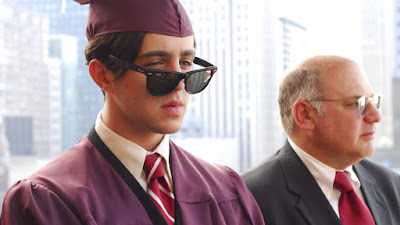 • This movie has so many awkward moments.

• Getting a drink with your psychiatrist seems like a bad idea.

• I like that Luke is going to make his psychiatrist a mixtape.

• Ben Kingsley got a Razzie for his performance in this movie. I don't think he's terrible. But I'm not entirely sure what accent he's going for.

• Mary-Kate Olsen is entertaining in a small part.

• Their tagging is just signing names with permanent marker on a window.

• Olivia Thirlby is charmingly mean as the love interest.

• I like the flights of fancy Luke has - MJ light up floor, the music video scene on the subway.

• It concerns me how different Luke and Stephanie pictured their date: one is in love. The other thought it was "fine." 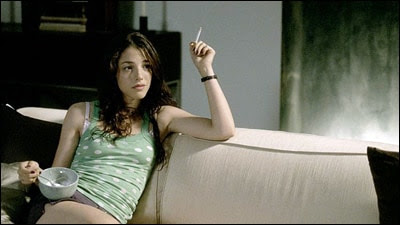 • Some of these music cues are too on the nose, but I'll never complain about listening to A Tribe Called Quest.

• The psychiatrist probably shouldn't be telling his stepdaughter details of his patients.

• I keep forgetting this movie takes place in '94, and the beepers and pay phones are throwing me off

• "If you meet someone who doesn't like dogs, you alert the authorities. You sure as shit don't marry them." This is a fact.
Posted by Patrick Bromley at 12:00 PM