Have I seriously written 65 of these things already? 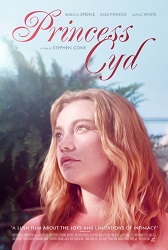 Princess Cyd (2017, dir. Stephen Cone) Despite the massive surprise marketing gimmick of announcing and premiering The Cloverfield Paradox immediately following last Sunday's Superbowl (congrats, Philly Rob!), but I'm not recommending The Cloverfield Paradox because I have seen The Cloverfield Paradox. Instead, I'll recommend this really small, really lovely movie released in the final months of last year with little notice, drowned out by the glut of awards-season contenders with bigger stars and bigger PR pushes. It's an indie drama shot in Chicago (and, like, real Chicago, not movie Chicago) about a teenage girl who comes to live with her aunt for a summer. Both discover things about themselves. I know that sounds trite and terrible, but this movie is not at all. As Cyd, Jessie Pinnick feels like a star in the making. Even better is Rebecca Spence, who plays her aunt and gave one of my very favorite performances of last year. I hope the film is able to find a wider audience now that it's on Netflix. (Watch on Netflix) 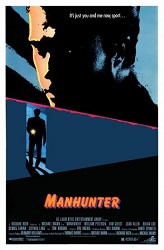 Manhunter (1986, dir. Michael Mann) I know this is the favorite film among a lot of Michael Mann fans, and though it's not mine (which changes between Thief and Miami Vice and sometimes The Insider and in my weaker moments even Heat), I do really love it. Adapting Thomas Harris' book and providing the first-ever big screen incarnation of Hannibal Lecter (here played by Brian Cox, who is not the best Hannibal I don't care what you say), Manhunter is slick and cool and full of great performances from William Peterson, Joan Allen, Dennis Farina (playing Jack Crawford!), and especially Tom Noonan as supercreep Francis Dollarhyde. It's a great crime thriller while also being the kind of movie I'm glad Michael Mann didn't get stuck making. Also, I don't hate Red Dragon. Bring it. (Watch on Amazon Prime) 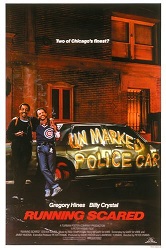 Running Scared (1986, dir. Peter Hyams) One of my very favorite buddy cop movies ever made, and a movie I got to bond with over my friend and friend of the site Josh Pearlman (a prince), because that guy gets it. Billy Crystal and Gregory Hines are having the best time as Chicago cops (again, a great Chicago movie) up against Jimmy Smits as a drug lord. Sweet Freedom! Do yourself a favor and look up that video on YouTube. RIP Darlanne Fluegel. I love this movie. (Watch on Hulu) 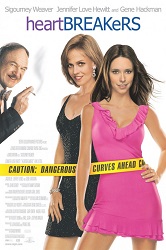 Heartbreakers (2001, dir. David Mirkin) There are two movies fighting for supremacy inside the surprisingly funny Heartbreakers. One is a typical romcom with Jennifer Love Hewitt and a sleepy, charming Jason Lee. The other is a wacky farce with Sigourney Weaver, Ray Liotta, and (especially) Gene Hackman all doing hilarious turns as despicable people scheming one another. The movie is about 30 minutes too long (over 120 minutes is practically unforgivable in comedy), but there's enough really great stuff that it's worth a look, particularly if you initially wrote it off as some JLH vehicle. Yes, it's that, but also much more. (Watch free with ads on Vudu) 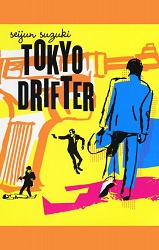 Tokyo Drifter (1966, dir. Seijun Suzuki) In honor of JB's column earlier this week and his newfound love of 1960s Japanese crime films, I'm recommending my favorite Seijun Suzuki movie (of those I've seen). I love the wackiness of this movie, but more than that, I love the colors, the coolness of Tetsuya Watari, the songs, pretty much everything. I'm excited for JB to see it and fall in love like I did. You should see it, too. (Watch on Filmstruck)
Posted by Patrick Bromley at 12:00 PM