1989 and the Immersion of Indie Cinema 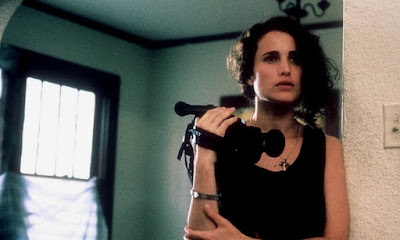 1989 was a giant punctuation point between decades.

There is a straight line between what is the past and what is the future. With the Berlin Wall falling and the Cold War ending, there seemed to be a unified world presence in 1989. The world had a cultural point of view which was distinct but the crossover of themes was integrated. These themes became sex, drugs and race, and how we dealt with these universal touch points. They have always been a part of the conversation, but perhaps glossed over, as to not dive too deep into the intricacies of their effects. Where there was fun, now there was an echo of consequence. Three films came out during 1989 that brought these themes to the forefront of our cultural mindset : Drugstore Cowboy, sex, lies and videotape, and Do the Right Thing! 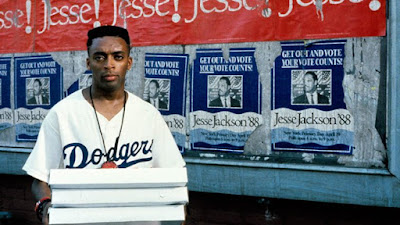 The world boiled with tension where even the high school films like Heathers had a distinct layer of satire encasing the typical film of that genre. This tension is most visible in Do the Right Thing. Spike Lee’s follow up to School Daze focused on race relations in New York’s racially segregated neighborhoods Brooklyn and Bed Stuy that are so strenuous that it leads to violence and police brutality. It's a film that still sadly rings true and is just as relevant today as it was in 1989. Lee places our own prejudices on trial and shows how cultural tribalism accelerates mob mentality. The visual indicators of the neighborhood being both physically and emotionally heated double down on the theme of racism in America, creating a film version of an American terrarium and our rising tensions. The conclusion of the film shows a careful appeasement between the race surrogates of the neighborhoods in Spike Lee and Danny Aiello, only after the violence culminates in a character’s death, showing the cycle of unease between these groups starting again or, perhaps, moving forward. Lee ends with a dedication to his six relatives who were victims of police brutality. It is a troubling note to end on in the face of where our world is today. Do the Right Thing was released the same year as Driving Miss Daisy, perhaps the perfect opposite in regards to "modern(for the time) race relations. These two films released in the same year show the exact counterpoints of where race representation was headed with Do the Right Thing, and where it had been with Driving Miss Daisy. 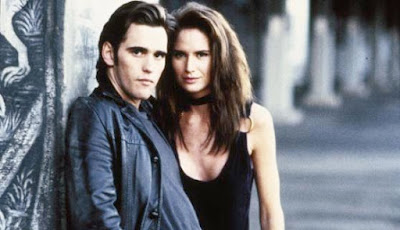 Gus Van Sant’s second film put a lense on drug addiction and of de-glamorizing its lifestyle with Drugstore Cowboy. The movie tells the story of four drug addicts (played by Matt Dillon, Kelly Lynch, James Legros and Heather Graham) that live on the road, robbing drugstores in order to feed their habit and the subsequent consequences of their actions. Van Sant presents the idea of superstition as a boundary in a lawless world of addiction. The superstitions of these people dictate their reactions when the only other ruling force they feel is their need for drugs. Dillon sees signs of jinxes while escalating negative actions occur within his gang. When the death of a character occurs, he sees his escape from the consequences of their death as the final excuse to escape his drug habit. At the end of the film, after his old partners return into his life, Dillon theorizes that he will never truly escape his past and that living clean is the only goal he has. As a realistic portrayal of hard drug addiction, this film leaves all the bad taste that it intends to with the viewer. Through this film, Van Sant continued to hone his signature raw, bird’s eye view of people’s stories. People see superstition in coincidences, whether it’s cultural or because they are impressing their own fears into these signs. A drug addict might be looking for a reason to escape his lifestyle and will create his own signs to take that step. 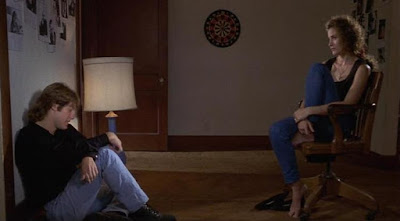 Possibly the most taboo topic to tackle on film is sex. The '80s had a liberating run of raunchy sex comedies and adult romances that brought an explicit peak to general audiences. These films tended to look at sex through a softer lense of drama or humor. sex, lies and videotape, directed by Steven Soderbergh, focuses on kink within “average” heterosexual couples, normalizing a fetish within adults without shading it with judgement. The judgement lies more in the individual's actions than in their sexual proclivities. Focusing on a married couple, Andie McDowell and Peter Gallagher, and the subjects of their liaisons, Laura San Giacomo and James Spader, the film explores affairs, kinks and women’s need for sexual fulfillment in a very blunt way. The characters play off of each other’s need for affection in order claim their power through their own emotional and sexual gratification. Soderbergh is touching on the fragility of male ego in the context of female pleasure, while breaking away at the psychology therein. Spader plays off McDowell’s need for sexual completion while haunted by a past love. He uses his videotaped sessions of women exploring their desires as a way to avoid his own sexual inadequacies. Another focus of the film is the importance of a woman feeling gratification in a relationship. Both San Giacomo and McDowell seek out Spader to excise their needs while pushing Gallagher away, as he less in tune with these needs. Female point of view in sexual expression was rarely brought to forefront of filmmaking in the '80s, especially by a male director.

These three films, each with distinct themes, paved the way for “new indie film” in the next decade. They created dominating themes that would be pervasive for up and coming film enthusiasts and influenced their own perspective. There seems to be an underlying need within these three directors from completely different backgrounds to break the mold for a new era of filmmaking. Every decade has a conjunction where the cultural wires cross and spark new ideas. Within 10 years, Lee, Soderbergh, and Van Sant would become the new auteurs of Hollywood. Even now, they create with their own point of view, while still working within the Hollywood structure. Filmmakers in 1989 punctured the industry with a sharp look at the culture. Their work still holds up for 2018 audiences to contemplate.
Posted by Patrick Bromley at 12:00 PM