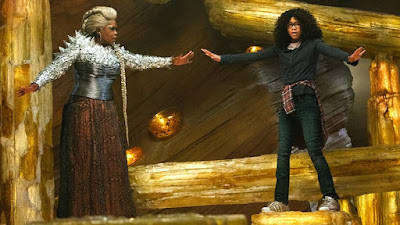 A rundown on new releases!

These are ranked from my least favorite to favorite.

A Wrinkle in Time – Before I went to see this movie, I was worried it would be Tomorrowland all over again. Sadly, it's much worse. The experience was like reading a Theoretical Physics textbook at Epcot Center and when you ask someone a question about it, they speak backwards and throw confetti in your face. I left the theater for five minutes at one point in the middle because I couldn’t take any more of the movie. I don’t take any joy in panning A Wrinkle in Time. I adored Ava DuVernay’s film Selma and was hoping this would be another movie I love. I have to be honest, though. The script is word salad, when it’s not platitudes, the narrative has no flow with scenes seemingly happening at random and some of the performances (not all, but some of the child performances especially) are like something out of Fuller House. I was stunned by how bad this film was. It’s so bad that it makes you sit back and think it’s a miracle that more movies (where hundreds of people collaborate on a single story) don’t turn out this poorly. I liked the intent, some of the visuals are appealing and Chris Pine is good because Chris Pine, but that’s about all I enjoyed in A Wrinkle in Time. I weep for the editor. 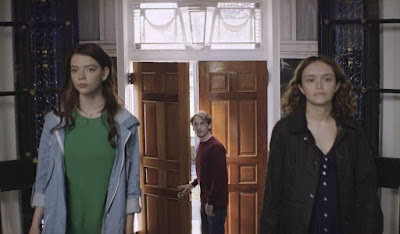 Thoroughbreds – This movie is very Sundancey. Thoroughbreds is a strange drama in the package of a dark comedy. I think they’re doing a disservice marketing the film the way they are, but I get it because the studio is trying to make it seem more palatable than it really is. The performances carry the film and they’re all good, with a cast led by Olivia Cooke, Anya Taylor-Joy and the late Anton Yelchin, but the dialogue they’re given is very scripty, where everything is just too precise by half and the tone of the movie follows suit. Thoroughbreds is a movie I appreciate more in the days after I saw it because it develops into a more haunting story than I expected, but that’s not enough for me to recommend it wholeheartedly. 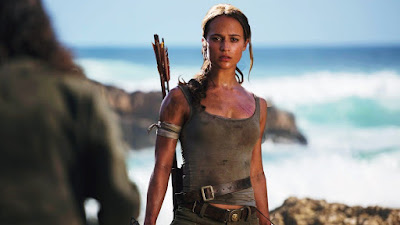 Tomb Raider – Thank goodness for Alicia Vikander. The new Tomb Raider is better than the Angelina Jolie movie from 2001 and probably one of the best video game film adaptations I’ve ever seen. However, that field is so lousy it doesn’t mean that the 2018 Tomb Raider is a grand success by most measures. Vikander is spunky and a great action hero. When she’s on screen, there’s always something to watch, but the story is a very by-the-numbers Diet Sprite version of an island/jungle (I can’t remember) adventure with wasted talents like Walton Goggins and Nick Frost either having not enough to do or far too sparse amounts of screen time. Everything about this movie was just aggressively average and flat. I was zoned out for much of it, but at no point did I think the movie was bad. It’s just…there. 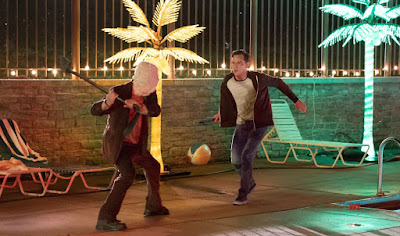 The Strangers: Prey at Night – Here is the pleasant surprise of the month of March. I am not a fan of the original The Strangers (home invasion horror isn’t my thing) and I was shocked to enjoy the sequel as much as I did. It takes the material and does something different with it, like Aliens or The Devil’s Rejects. This time “The Strangers” are slasher villains going after a family in an isolated trailer park. The set pieces are very stylish, the atmosphere is thick and the suspense is thrilling. All I ask for in a slasher movie is for the victims to have a chance to fight back so it’s not just a death march, and Prey at Night director Johannes Roberts (of 47 Meters Down fame – another movie I liked) feels the same and keeps it fun. The use of music in the film (with classics from Bonnie Tyler, Tiffany and Air Supply) is cinematic and feels like when you’re 16 years old, hear a great song and direct an action sequence in your head to it. This is a horror flick I’m going to come back to in future Octobers. 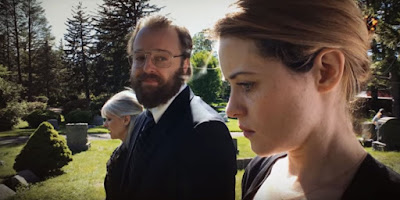 Unsane – I’m so glad Steven Soderbergh is back making movies. Logan Lucky felt like a warm-up and Unsane is him actually facing live hitting again. This movie is so tense that I forgot my hat in the theater and had to walk back and go get it. I was shook. It tells the story of a woman (played by Claire Foy in an excellent performance) evading a stalker (The Blair Witch Project’s Joshua Leonard) who is involuntarily committed to a mental asylum. Things escalate from there in a fashion I really admired because it happens deliberately in increments. Unsane is unrelenting. I kept expecting Soderbergh to stop, but he continues ratcheting up the tension more and more throughout the movie to the point where he dances with being in bad taste. He really walks the line here and that’s exciting to see. Much has been made of the gimmick that Soderbergh shot this film on an iPhone camera, but I was so engrossed by the story that I barely noticed. If anything, it makes the movie feel more surreal and less like a movie. Also, Jay Pharoah co-stars and he’s terrific. 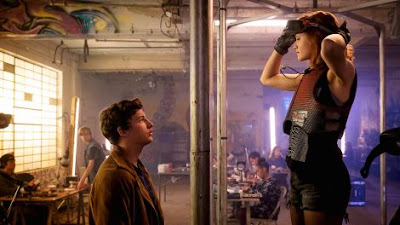 Ready Player One – Yes! I was getting worn out by Steven Spielberg detractors, so I’m relieved and excited to say that Ready Player One is a total blast. The film reminded me of when Martin Scorsese made The Wolf of Wall Street, dropping a film that exceeded the energy of filmmakers’ half his age. Spielberg knows exactly what he’s doing in Ready Player One and it’s obvious he’s invigorated by mining pop culture staples he created and influenced throughout his legendary career. I love the film’s whimsy (it never feels heavy like so many blockbusters of its scale and budget) and its thesis (NO SPOILER) about nostalgia and where it fits in our lives. The visual effects are gorgeous with many standout action sequences, the performances are charming and the energy is joyous. I also can’t say enough good things about Mark Rylance in this film. He’s so great as the film’s virtual reality messiah. This is one movie you’ll want to see in a theater with great projection and sound. If Ready Player One isn’t a box office success, I expect it to be a cult hit of the future. It’s the "hold my beer" answer to people like me who wanted this from Valerian.

Have you seen any of these flicks? What have you been seeing recently in theaters that you liked or didn’t like? Leave a comment below!
Posted by Patrick Bromley at 5:00 AM