Off the Shelf: THE SECT (Blu-ray) 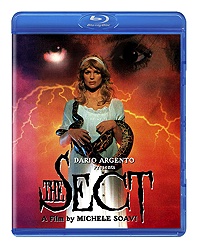 Satan has chosen his victims. The battle with evil has begun.

It's such a shame we didn't get more Michele Soavi movies. A former actor who apprenticed under Dario Argento, Soavi began making features in 1987 with StageFright, still one of the most stylish and entertaining of Italian slashers. He made a number of movies that range from interesting to great from the late '80s into the '90s, until he left directing for a time to care for his sick child. Soavi has gotten back into directing in recent years -- mostly movies and miniseries for Italian television, none of which I've been fortunate to have seen. I have to make due with his early body of work, which ranks among the most underrated filmography in all of Italian horror. 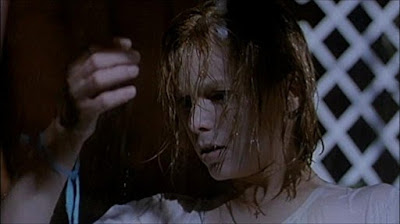 The Sect (aka La Setta, aka The Devil's Daughter, aka Demons 4), the only one of Soavi's major features I hadn't previously seen until this Blu-ray, casts Kelly Curtis as an American teacher living in Germany who invites a man (Herbert Lom) to stay in her home after nearly killing him with her car. Unbeknownst to her, the man is part of a devil-worshipping cult and puts her under a sort of spell that leads to nightmares both sleeping and awake. Sex, violence, and supernatural events become a part of her everyday life until she eventually discovers the truth about The Sect and the plans they have for her.

Upon first viewing, The Sect may be my least favorite of Soavi's initial run of features, but that doesn't make it bad and it certainly doesn't mean you shouldn't seek it out. My reservations have more to do with the devil worship plot and a couple of developments that I've seen in a lot of other movies (if you have to guess what the Sect's plan is, you probably can). But it's also Soavi's least stylish film, more concerned with moving a story along and focusing in on a single character than his other movies, at times at the expense of his greatest strengths. That's not to say he doesn't conjure up some truly nightmarish imagery. He does. The movie features a handful of scenes of facial trauma that are among the most disturbing I've seen and plays games with our expectations, but those become flashes in a what is otherwise...well, I can't say "conventional" narrative at all, because there's nothing conventional about the story here. Maybe because The Sect is Soavi's most narratively-focused film, it leaves less room for the stylistic flourishes of Stage Fright or the dreamy abstractions of Cemetery Man. 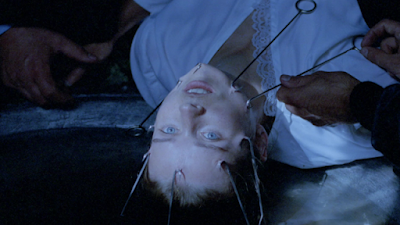 The Sect is out on Blu-ray now from Scorpion and Doppelganger Releasing, the same companies who collaborated to put out Soavi's The Church and Opera, the last great film from Dario Argento (who also happens to be a co-writer on The Sect). A deluxe special edition has already been announced hopefully for later this year, but for those of you who don't want to wait or don't want to spend the extra money, this current disc is under $20, features good picture and sound and contains new interviews with Soavi and star Tomas Arana, as well a handful of trailers. It gets the job done for those who aren't interested in as many bells and whistles.

I'm a fan of Michele Soavi and a junkie for Italian horror, so of course I enjoyed The Sect despite it being a bit more muddled than his other work. At its best, the film is strikingly visceral and effective, but it just happens that some of those moments are diluted in the soup that is the rest of the movie. As a completist and a curiosity, I'm thrilled to have seen it and to have it alongside Soavi's other films on my shelf. If you're new to Italian horror, I don't recommend starting here.