Another semester… another book report on a movie… 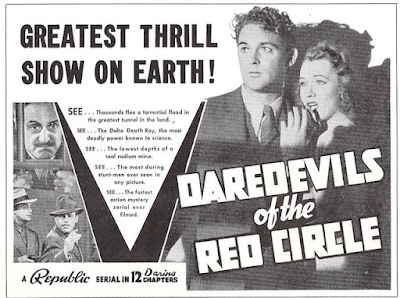 Sister Lee Ann said it was okay again to do my book report on a movie again as long as I turned in SOMETHING because if I fail again this year like I did last year and enough of my classmates fail again, then Sister Lee Ann will be sent to the Missions in Syria. Sister Lee Ann says that she is getting too old to learn another language and die overseas. I go to the “Our Lady of the Perpetually Leaking Martyrs” school in the city, and I am in the fifth grade. Our school is short on resources, but long on smelly lukewarm water in the drinking fountains. My parents said that if they sent me to a public school, I would grow up to be the face of evil in the world. My parents left me home alone this weekend because they are in Hollywood. Not Hollywood, California, where young people go to see the stars—Hollywood, Florida, where old people go to die.

I picked Daredevils of the Red Circle because I wrote about The Adventures of Captain Marvel last semester, and I have developed something of a JONES for movie cereals from the thirties and forties. Don’t judge me. I’m ten. That’s just how I roll. I thought it would be easier to watch a movie than read a book but I forgot that this was originally shown a chapter at a time in movie theaters and that in total it was almost like four hours long total. My parents are in Hollywood, and not the good one. If I knew it would take four hours to watch it, I might have just read a stupid book. 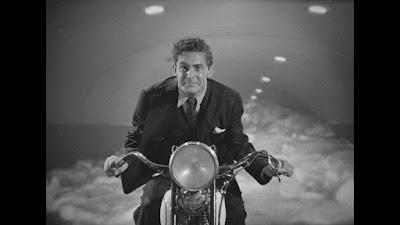 The plot reminded me of a kiddie book that my Mom used to read to me when I was a kiddie. The book was titled The Five Chinese Brothers by Claire Hutchet Bishop and Kurt Weise and it was about Five Chinese Brothers. Each brother had a crazy weird talent (One could swallow the sea, another had an iron neck, you get the idea) and what do you know? The plot was engineered so that all of these crazy weird talents came in handy just when they were needed.

Daredevils of the Red Circle concerns a crazy escaped con, who goes by his prison name, 39013 (Charles Middleton). Like all crazy escaped cons in movies like these, he decides to get revenge on the guy whose testimony sent him to the stir in the first place, industrialist Horace Granville (Miles Mander, whose name sounds like a fancy ladies soap from the thirties). Since this is a movie cereal and the filmmakers have almost four hours of space to fill, 39013 decides to get even in the most roundabout, complicated way possible. He captures Granville, then puts him in a prison cell that he has somehow built in Granville’s own basement, then impersonates him with elaborate masks and wigs, and then reeks havoc on his empire by issuing crazy orders to his underlings. 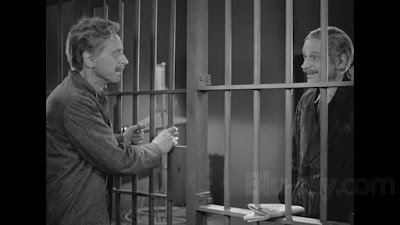 39013 orders his flunkies to destroy this carnival/circus thing, but they are thwarted by one of the carnival’s performing acts, the titular Daredevils of the Red Circle. These brothers perform amazing feats, except for the youngest brother who just kind of stands around until he is killed. This gives the remaining brothers the motivation to get revenge on 39013. There is a lot of revenge in this movie. Each brother has a special skill: Gene (Charles Quigley) is a champion high diver, Tiny (Herman Brix) is a strong man, and Dave (Bert Knowles) is an escape artist. Just like in the Chinese Brothers book referenced above, all of these skills will be called into play at just the right time, although in the Chinese Brothers book, the youngest brother isn’t killed.

Because 39013 is a sociopath and a narcissist, he invites the Daredevils to stay in Granville’s house in order to investigate who ruined the circus. There’s an expression for this. Is it “keep your enemies closer?” No… Is it “working someone from behind?” No! It’s called “playing both ends against the middle!” That’s what 39013 is doing here with the Daredevil boys and Granville. I know that little moto because my father is constantly accusing my mom and grandma of doing that to him.

Meanwhile, there is a hooded figure running around, providing the daredevils with clues. Even if you have only seen one other movie in your life, you will be able to figure out who is under that hood in under fifteen minutes. It’s that easy. 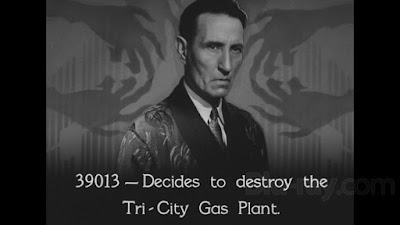 The supporting cast is cool and crazy cool. Because I have started to watch a lot of these, I start to recognize actors who appear in film after film after film. The villain here is played by Charles Middleton, who not only played a bit part in the Marx Brothers’ Duck Soup (I think he has, like, two lines), but is most famous for playing Ming the Merciless in the Buster Crabbe Flash Gordon cereal. Raymond Bailey shows up as a secondary stooge; almost thirty years later he would play irritable banker Mr. Drysdale on The Beverly Hillbillies. Herman Brix, who plays one of the leads, was a real stuntman in Hollywood for over forty years under the name of Bruce Bennett. One of his last stunts was in the movie Blazing Saddles. Bennet’s the guy who is dragged behind the horse and shouts, “That’s it for this suit!”

Film Historian Michael Schlesinger provides a terrific audio commentary, though only on Chapters One, Four, Nine, and Twelve He admits early on that he has neither the material nor the stamina to talk through every single chapter. He gives a nice rundown on the cast (That’s where I learned about Herman Brix and his connection to Blazing Saddles.) and also points out some of the absurdities of the plot. 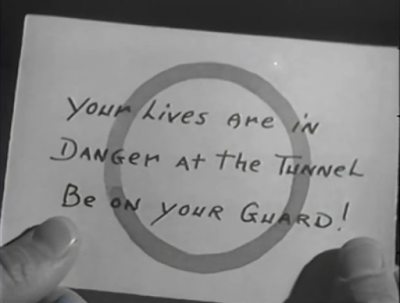 Daredevils of the Red Circle returns to the cliché of a fist fight in every episode, though it does show some restraint in making the audience wait all of 25 minutes for the first round of fisticuffs. The brawling scenes here seem both shorter and better choreographed than in others cereals that I have seen. The production team here seems obsessed with fire and there are three outstanding sequences with terrifying fire effects. I thought it was good that the filmmakers tried to go for cool stuff instead of just stupid stuff. 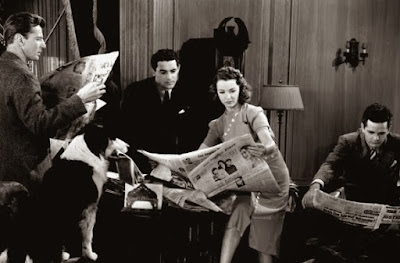 Thrills: 90%
(Some pretty good cliff-hangers and a script that makes sense; I could see why some people say this is one of the best cereals ever made)

Chills: 50%
(Very few, someone wears a cloak and acts mysterious. The bad guy keeps threatening to poison someone.)

Email ThisBlogThis!Share to TwitterShare to FacebookShare to Pinterest
Labels: daredevils of the red circle, movie serials, thrills chills and spills