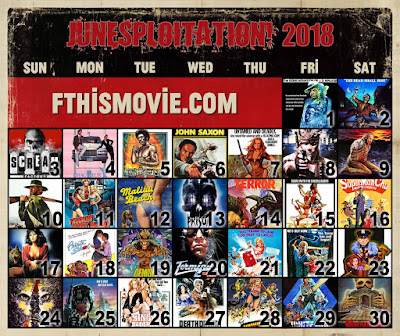 You have nothing to lose but your mind!

Our annual Junesploitation is just one week away! It's our month-long celebration of exploitation and genre films, with each day devoted to a new category or sub-genre of films. Alongside F This Movie Fest and #ScaryMovieMonth, it's one of the flagship events we do at the site during the year and it's two tons of fun. 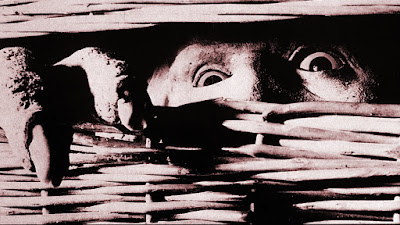 For those of you new to Junesploitation, here's how it works: each day of the month has its own theme, and you're supposed to watch a movie that ties into that theme. How you interpret the connection is entirely up to you, which means if you have no interest in exploitation or genre movies that's ok and you can still join in! If you're not into Carsploitation movies, you can watch National Lampoon's Vacation or Cars 3 or Herbie: Fully Loaded on June 11! Not a fan of Canuxsploitation movies? Feel free to check out Goon or Strange Brew on June 27. This month is supposed to be fun -- an excuse to watch movies every day and talk about them with one another. There are no "right" movies to watch. It's participating that gets you in the spirit, not watching a bunch of cheap, violent sleaze.

If you do like those kinds of movies, though, or if you're willing to give them a shot, it's easier than ever before to participate in Junesploitation thanks to streaming services. Netflix isn't a ton of help, but Amazon Prime Video has a pretty deep library of titles and there are a number of streaming platforms devoted to just these kinds of movies: Shudder, Full Moon Streaming, Exploitation.TV (too porn-y for my tastes) and Brown Sugar are some of the big ones. And while I rarely advocate watching movies on YouTube, there's a lot of cool and obscure stuff to be found there if you're willing to look. Stay tuned for our annual Junesploitation Primer and upcoming installments of I Stream, You Stream for help on where to find some good titles. 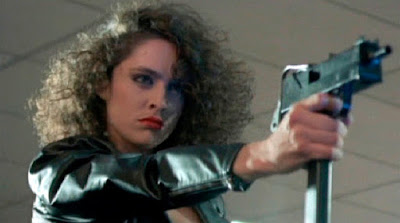 Here's the schedule for the month. Once again, we've tried to add a few new categories in addition to retaining many old favorites. While it can be challenging to come up with new categories, we do try to change it up a little every year, for what it's worth.

Get ready!
Posted by Patrick Bromley at 12:00 PM

Email ThisBlogThis!Share to TwitterShare to FacebookShare to Pinterest
Labels: junesploitation 2018