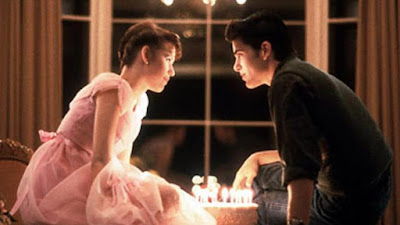 On May 14, 2010, F This Movie! released its first podcast on Avatar. The world continued on unchanged.

My life, however, became very different.

For the last eight years, a huge part of my life has been devoted to this site. My family has grown, my jobs have changed, my health has deteriorated, and F This Movie! has filled in every other space. When I'm not fulfilling all of other obligations in my life, I'm working on this website: recording a podcast, writing a piece, editing a piece, thinking of the next piece I need to write, editing a podcast, etc. It's as big a part of my day as anything else. 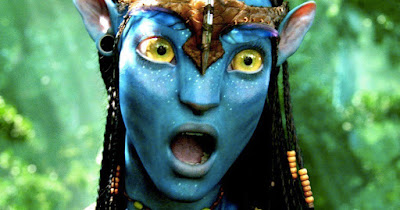 It's not always easy. I've said in the past that the site is a monster that needs to be fed every day, and no matter how good an article is or how happy I am with a podcast episode, I have to do it all again for tomorrow and the day after that and the day after that, on and on until I quit or I'm dead. But obviously I wouldn't keep doing it if I didn't love it, which I hope still comes through in the writing and in the show we do every week. If nothing else, the site is now such a part of my identity that I don't know who I would be without it.

I'm also very, very proud of what we do. We're not very well-known or popular in comparison to other movie sites, but I think we do good work without having to post Marvel "scoops" or slideshows or #HotTakes to generate bullshit traffic. More than anything, I'm proud of the community we have created over the last eight years. I know it's something we talk about a lot around here and for which we pat ourselves on the back (a fact which has been held against us once in a while over the years when someone chimes in to be an asshole and gets ganged up on by you guys, who have our best interests at heart) and that probably gets a little old, but it's absolutely true. Every one of us appreciates the positivity, the friendship, the exchange of ideas and recommendations, and the near-total lack of toxic bullshit we have enjoyed over the last eight years. That's a long time to go and still keep things super positive and not just civil, but downright friendly. It's a very special thing we have all built together, and I never take that for granted. 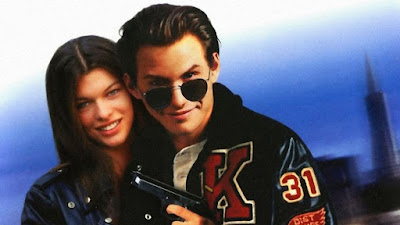 Seeing people already get excited about Junesploitation or even Scary Movie Month, not to mention that swell of enthusiasm we get every year for F This Movie Fest, is a beautiful thing. As Jan B. often points out, we have invented our own holidays -- holidays that are celebrated by people around the world and to which they look forward to as much as we do. That is, to borrow a phrase from my six-year old daughter Rosie, fucking cool.

What the future holds for the site, I cannot say. I have more or less given up on trying to grow the site, because if it hasn't happened by now it isn't going to. Truth be told, I have always fallen short when it comes to marketing and promoting our site, because my focus has always been on publishing really good content, believing that readers would find us because the writing is good. I have fallen short in trying to monetize the site or create a Patreon because we're stretched pretty thin already and because I don't want the stuff we're putting out every day to suffer so that we can put bonus content behind a paywall. I'm confident in saying we have had really good content over the last eight years thanks to a really talented stable of intelligent, funny, insightful, devoted writers, several of whom were my closest friends when we began and others of whom have become my closest friends since coming aboard. We really are a family here. I don't know if every other website can say the same. 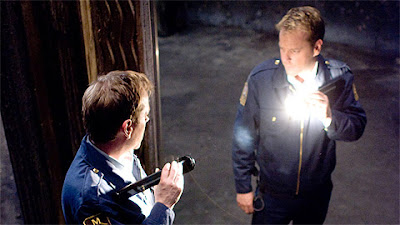 Thank you most of all to you, the readers, the listeners, the people who support us and champion us and engage with us online or anywhere else. On a very (too?) personal note, I have learned to open up somewhat in the last eight years and share a lot of what I've been going through. I think it's partly because I feel like better informs my writing and you all have a better sense of who I am and where I'm coming from if I'm open about struggling with sickness or depression. But I also think it's because this is my family. This site is where I live. I would be living a lie to ignore or cover this stuff up. I can't tell you all what it has meant to be accepted and supported through these last eight years. When Tobe Hooper passed away last year, I got a ton of messages from people saying they thought of me when they heard the news. That might seem like a small thing, but it meant the world to me because it made me feel better at a time I was very sad and because it made me feel understood. 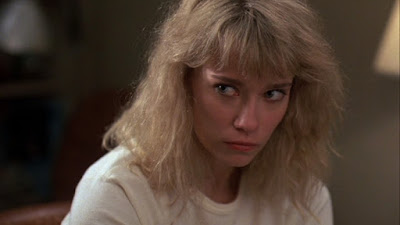 That's one of my favorite things about the site we run every day. We are all trying to understand one another all the time. We can accept differences of opinion on movies without attacking, because we understand and empathize where each other is coming from. We have all gotten to know one another over the last eight years on the podcast or in the comments. When Adam Riske confesses he loves My Big Fat Greek Wedding, we all think "Well, yes, of course you do" because we know Adam after all these years and we love all the things about him that would lead him to love that movie. I know that Chaybee isn't into horror comedy, so I don't recommend those movies to him when we talk. We've all seen each other through a lot these last eight years. Pretty cool.

So happy birthday, us. I love our family and I'm happy to have been a part of it for eight years. Thank your for supporting us in any way, whether it's listening to one show or listening to every episode; dropping in from time to time or reading us twice a day. We're all movie lovers here. Thanks for eight years of movie love. 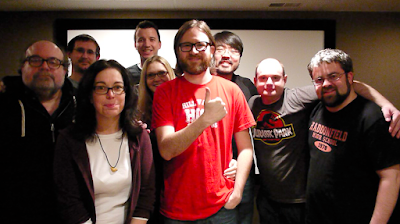 Email ThisBlogThis!Share to TwitterShare to FacebookShare to Pinterest
Labels: f this movie