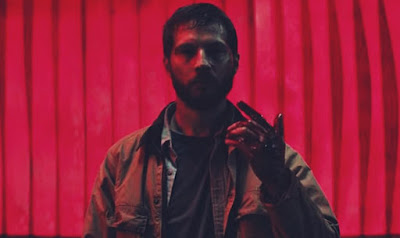 Quick reviews of movies I recently saw in theaters. Many of them are good!

As always, these are in the order of my least favorite to favorite.

Action Point – A big disappointment. The trailer for Action Point was selling Jackass in an amusement park which vaulted this movie to one of my most anticipated of the summer. That’s an easy premise to make work. Unfortunately, of the Jackass crew, only Johnny Knoxville and Chris Pontius are in Action Point. Adding insult to injury (no pun intended), virtually all the stunts are in the trailer. The rest of the movie is a rarely funny C-grade Adventureland mixed with a sappy father-daughter subplot (that stops the movie cold), bookended by Bad Grandpa bits. The tone is all over the place and the final cut feels assembled like a rough draft. Despite all of that, I didn’t hate it. Action Point is watchable and has an okay summertime mess-around vibe. I like the poster a lot, too. 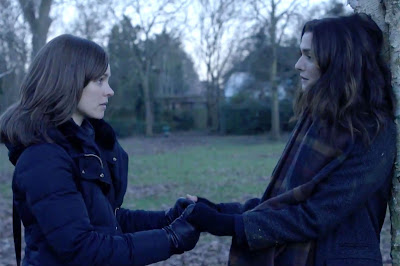 Disobedience – The festival buzz from last year was that Disobedience was a hot Menashe centered on a forbidden romance plot between Rachel Weisz and Rachel McAdams. As a Jewish man, I was intrigued because we so rarely get hot Jewish cinema. Disobedience is very much not the exploitation movie I was wanting initially. After re-setting my expectations, I found the film mildly interesting. It’s one of those “let’s not say it because it’s there in the in-between” dramas I think would have worked better as a melodrama. The approach to the material in Disobedience is sooooo sober, slow and distancing. I’m interested in Jewish religion and culture, so there are some involving moments regarding how the Hasidic sect would act when they learn of an LGBT relationship in their community (it’s a clash of progressivism/tolerance and conservativism/tradition) and McAdams and Alessandro Nivola (who plays her soon-to-be Rabbi husband) are excellent, but it’s such a deliberately cold film that I have trouble mustering up much enthusiasm for it.

Upgrade – A cool genre flick. Writer-director Leigh Whannell’s fun Saw-Robocop-The Crow-Frankenstein-Brainscan hybrid benefits from great special effects (on a small budget) that immerse you into a future world that’s familiar but also filled with interesting new tech. Logan Marshall-Green is strong as the lead, a normal guy on the path for revenge. Add in some twists and turns that aren’t always predictable, crisp pacing, plus a few giddily over-the-top gore moments, and Upgrade is a very entertaining summertime trip to the movies. My only reason for not rating it higher is that the film feels modest in its aim, like it’s batting for at most a double. It gets it. 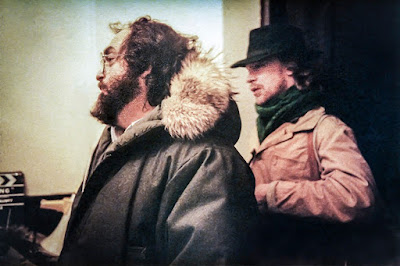 Filmworker – This is a new documentary about Leon Vitali, who, after co-starring in Barry Lyndon for Stanley Kubrick, became Kubrick’s right-hand man for the rest of his career. Vitali was a jack of all trades, handling casting, coaching, marketing, distribution, film preservation, extra work, etc., all at the behest of his hero and often to the detriment of Vitali’s own health and personal life. The documentary is best as a portrait of a man who basically gave up his own legacy to further the legacy of his mentor and asking the question "Is it worth it?" Also, who is to do decide if it is or isn’t worth it? It’s not unlike a Kubrick movie in that it wants you engaged and doing the work sorting it out for yourself. The film is much sadder than I expected, especially when you hear details about Vitali’s personal relationships and financial security. Before seeing the movie, I mentioned to Mike Pomaro that I was worried I would come out of the Filmworker with a more conflicted opinion on Kubrick (on most days my favorite director, but also by several accounts an emotionally unkind micro-manager I feel torn about embracing unreservedly). The documentary doesn’t help, but it doesn’t hurt that concern much either.

You Were Never Really Here – This movie grabbed my interest right away and kept it for the entire duration. You Were Never Really Here is sort of an indie version of Taken with an incredible performance by Joaquin Phoenix, who does so much with so little. The writing here (by director Lynne Ramsay) is great, too, adding a lot of color to Phoenix’s characterization nonverbally. I love seeing his character when he’s off the clock, living at home with his mother. It’s a very sweet relationship that enriches the movie. In addition to a solid revenge film, You Were Never Really Here is a moving character study of a severely depressed and traumatized individual that feels honest in the way it tackles ugly truths about the illness that are uncomfortable to address. 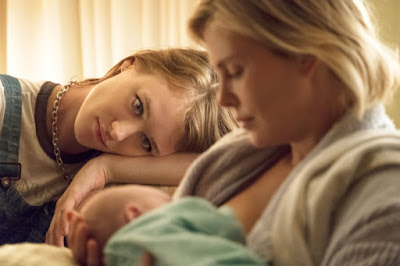 Tully – I love Jason Reitman-Diablo Cody collaborations. Add in their perfect Young Adult lead Charlize Theron and it’s pretty much the best thing ever. Tully continues their work together of really fucking good, compassionate movies, this time telling a well-observed story of motherhood with a very unique plot trajectory. I’m being vague about Tully because the film goes in directions that surprised me and I want to preserve that experience for you too. Tully is pretty much out of theaters by now, but if you see it later this summer on disc or VOD, you’re in for one of the best films I’ve seen so far this year.

First Reformed – I liked First Reformed throughout, but this is a very rare case where a final moment (which I’m not going to hint or spoil) entirely changed my opinion of a film for the better. As the credits rolled and the audience around me declared they wanted a refund, I sat still and completely moved by what I just saw. I’d love to talk about it later when more people have seen the movie. For now, I’ll just say that First Reformed is involving and suspenseful with controlled, inquisitive writing and directing from Paul Schrader and terrific performances from Ethan Hawke (who lately is turning in career-best work year-after-year), Amanda Seyfried and a somewhat against-type Cedric the Entertainer. I loved this movie and wonder if I’m the only person who interpreted it the way that I did.

Have you seen any of these? What did you think? Leave a comment below.
Posted by Patrick Bromley at 12:00 PM