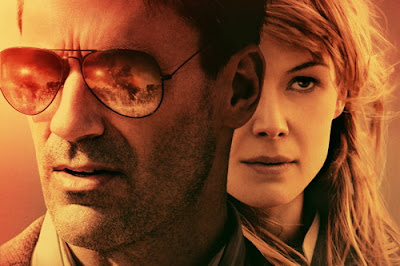 In which Don Draper fights for peace in the Middle East.

This should come right up front: AMC’s Mad Men is one of the best American television programs of the 21st century. Scoff at its cigarette-smoking, sexy-scowling aesthetic if you like, but it’s a towering anthropological achievement — a scathing critique of midcentury social structures, a dark deconstruction of our national ideals, and a hopeful call for redemption and self-actualization. In many ways, its seven seasons make up the Great American Novel, and that’s due in no small part to Jon Hamm’s performance as enigmatic ad man Don Draper. Hamm’s antihero oscillates from brutal to charming, cunning to pathetic throughout the series, and it was only a matter of time before he brought that range to the big screen on a full time basis. His few star turns (the best probably in Baby Driver, a film I still can’t bring myself to love) haven’t exactly set the world on fire, though. Typecasting? Maybe, but Brad Anderson’s Beirut at least gives Hamm a chance to flex a little leading man muscle. 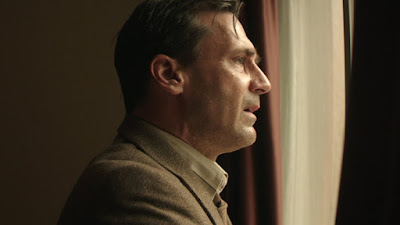 Written by Tony Gilroy (the Bourne series, Michael Clayton, Rogue One), Beirut begins in 1972 with U.S. diplomat Mason Skiles (Hamm) hosting a shindig for international politicos in the Lebanese capital. The CIA crashes the party, insisting that Skiles’ Palestinian refugee ward Karim (Yoav Sadian, later Idir Chender) is younger brother to Rami (Charaf Ben Affan), the man responsible for the recent massacre in Munich. Rami and his troops then break into Skiles’ house, kill his wife, and recollect Karim. Ten years later, Karim’s insurgents have kidnapped Agency official Cal Riley (Mark Pellegrino), hoping that Riley’s friend Skiles (now half in the bag and floundering in the private sector) will negotiate an exchange for Rami, who has been captured either by the Americans or the Israelis. Skiles reluctantly agrees, meeting handlers Donald Gaines (Dean Norris) and Sandy Crowder (Rosamund Pike, underserved as ever) and bringing his best mediation skills to bear against a dangerous enemy in a country on the edge of collapse.

The long and short of Beirut is that it’s a decent and well-acted thriller with a political tint. Gilroy’s screenplay is his usual brand of taught and humanist intrigue, but there’s very little in the way of flash or edge; Outside of a few exposition dumps, the film avoids getting too wrapped up in the convoluted interior workings of the competing militias, intelligence organizations, and government actors, preferring instead to keep things simple. Good guys, bad guys, generals and soldiers. This is good for plot cohesion, but it takes a toll on our immersion because we’re rarely tied into the moving parts or how and why they move. This isn’t a criticism, really, more a comment on the way some entries in this genre tend to stand above others. It doesn’t quite feel fair to call Beirut forgettable. Inconsequential, maybe, a distant cousin to similar films like Argo or Syriana. It’s just that other than a few references to Skiles’ alcoholism, there’s very little in the way of character development, nor is there any real attention paid to the lost bond between Karim and his adopted parents. 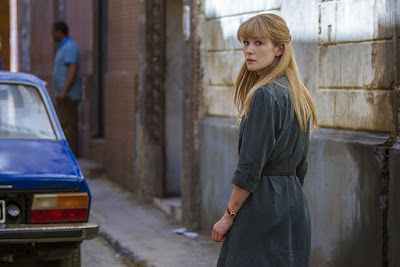 Hamm is in familiar territory here, playing an enchanting lush who can command a room with his voice. He does what he can with what he has — I’m starting to notice how much of his acting strengths are in his eyes, brow, and chin — but the real tragedy of Beirut is the aforementioned short shrift extended to Rosamund Pike. Say what you will about David Fincher’s Gone Girl (a tough film with a complex legacy), but it should have made Pike a huge star. She’s an intuitive and compelling actress with more than enough presence to be doing solid mainstream work, and it’s hard not to point to Patrick’s theory that actresses of her ilk tend to get one shot before their window closes. She’s always working, of course, but she should be everywhere. Anyway, Beirut relegates her to Hamm’s glorified chauffeur (at one point, her character is remarked as being “just a skirt in a car,” which I at first took to be ironic before realizing she wasn’t going to get much more than that). The whole thing is a bummer, and one imagines that she might have been the key to the film’s missing character depth. 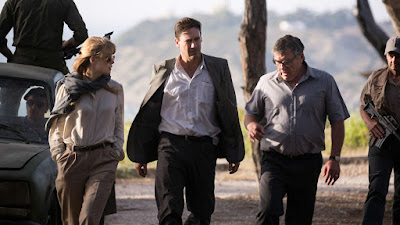 Not to fret, though, because there will always be room in the midrange adult drama category for films like Beirut (Redboxing favorites like Submergence or Unforgettable come to mind). These productions offer a paycheck and they don’t ask for much, and it might only be due to our tentpole-dependent theatrical model that their reputations might seem less than reputable. Along those lines, I’m compelled to end on this question: Do we wish the Beiruts of the world were still getting theatrical releases? We talk quite a bit about how all the $10-12 million comedies are going right to Netflix, but should we make more room at the box office for the B-squad dramas, as well? Or has the market spoken? Is it actually better to save the less commercial fare from the cruel and unforgiving whims of opening weekend? There’s quite a bit of evidence already to suggest that the streaming marketplace is much more conducive to creativity and opportunity, so why not a safe space for the run-of-the-mill? It’s low-risk, high-reward. As long as I’ve got my big red box, I’m all set.
Posted by Patrick Bromley at 5:00 AM