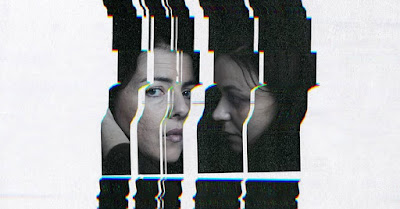 Another wildly promising horror debut following the success of Agnieszka Smoczyńska's The Lure means it’s safe to say that Poland is having a moment.

The first film by director Jagoda Szelc, the enigmatically titled Tower. A Bright Day., is as cryptic and poetic as its name suggests. An art-house spin on the occult sub-genre grounded in gritty, naturalistic performances and an intimate, nervous handheld camera, Tower’s stripped down aesthetic channels Dogme 95 into a tale of paranoia and unease up till the final moments of its chilling coda. 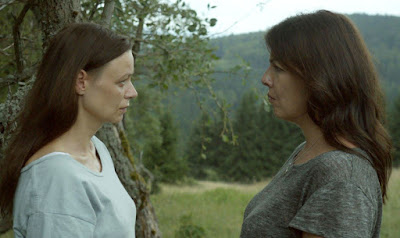 Like the foreboding opening scenes of The Shining or Funny Games, Tower begins with an overhead shot of a drive through the mountains and deep green forests of southwest Poland. A reversal of the way this image is employed in the referenced films, the car dips in and out of foliage carrying the mentally deranged Kaja (Malgorzata Szczerbowska), a surprise guest long absent from any family reunions since the birth of her daughter, Nina (Laila Hennesey). Here, evil doesn’t lurk at the destination point -- it’s in transit. Kaja’s sister and Nina’s adoptive mother, Mula (Anna Krotoska), is borderline livid to see her baby sister emerge alongside her brother and his wife and kids. Kaja is a pagan and straight up weird, and Nina doesn’t know she’s her biological mother, so you could imagine all the ways in which an ordinary family gathering could be sabotaged.

But instead of succumbing to a more conspicuous execution of witchy tropes, Kaja’s madness is more subdued, her actions easily understood as a result of mental illness, which everyone except Mula seems to accept. She goes topless while laying out in a field around the small children. Loses the family dog during a group hike. Blank stares and furtive whispers galore, Kaja is a disconcerting presence to say the least. 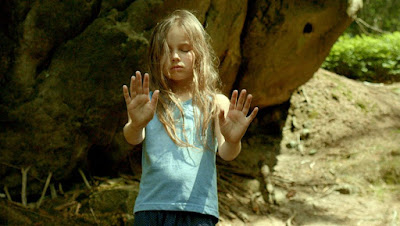 The bulk of the film plays out like a family drama tinged with menace: mundane vacation activities and relaxed conversations punctuated by Kaja’s behavioral misfires or Mula’s (sometimes misplaced) reactionary outbursts. What this observational bent sometimes lacks in engaging narrative, Szelc substitutes with an atmospheric dread, and a pervasive dissonance underscored by the film’s grey-blue color palette. The brief moments we experience through Kaja are jarring, but never overblown -- the buzz of insects, for instance, more like a chorus for Kaja than the background noise it is for everyone else. Here, the divergence between different wavelengths of existence are captured through rapid cuts of the same activity. Admittedly meandering in its realistic depiction of adult sibling banter, this approach does allow Tower to maintain an aura of suspicion, not just of Kaja’s intent, but of Mula’s sanity, that keeps our expectations on edge and makes the ending -- as beautiful as it is horrifying -- all the more effective.

Tower. A Bright Day. made its East Coast debut at Brooklyn Horror Fest on October 14, 2018. American distribution rights have yet to be acquired.