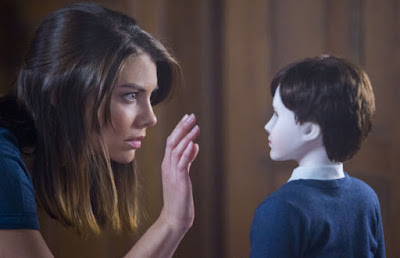 When The Boy was released in January 2016, I have to admit that I willingly skipped it. January has become sort of a dumping ground for studio horror, most of which is PG-13 and might do ok business for a weekend or two but disappears from the cultural consciousness pretty quickly thereafter. I expected the same from The Boy, which was marketed as a "creepy doll" movie and the kind of thing designed to attract high schoolers who think "that shit is freaky" rather than horror fans. There's nothing wrong with going after the teenage market -- horror movies have been doing it since the 1950s -- but it just seemed like the sort of film that offered nothing for me.

I was wrong. Generic title aside, The Boy is really good. There's a lot of stuff to like about it, from the cinematography (from Tobe Hooper collaborator Daniel Pearl) to the gothic atmosphere to the genuine creepiness of the doll to the surprising final act. But the real reason the movie works is Lauren Cohan, here in her first starring role after breaking out on The Walking Dead. Appearing in almost every single scene in the film, Cohan sells everything she is asked of, from the silliness of the premise to the genuine terror when things start to get weird. This is a movie that could have cast any generic actor turning in a generic performance in the lead, just counting on the presence of the creepy doll to sell tickets. (For some reason, young people in particular want to go see creepy doll movies; for evidence of this, look no further than the box office returns on Annabelle.) Instead, The Boy gets this great, nuanced, incredibly human performance from Cohan, who elevates the whole thing every time she's on camera. And that's a lot. 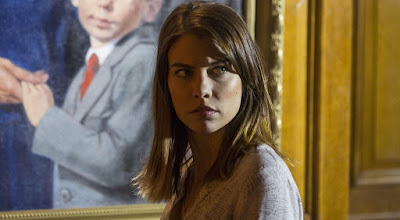 For those unfamiliar with the film, Cohan plays Greta, an American woman hired by a wealthy English couple to act as nanny for their son Brahms. When she arrives to their estate in the UK, she discovers that Brahms is actually a porcelain doll that the Heelshires treat as human, having lost their real son years earlier. There is a long list of rules Greta has to follow while caring for Brahms when the Heelshires are away on holiday. Ignoring the rules at first, Greta begins to notice that Brahms appears to be moving from room to room on his own, slowly giving her the idea that something supernatural is at work and that the doll is actually alive.

The movie takes a few turns from there -- particularly one big one -- that I won't spoil in case anyone decides to check the movie out after reading this disappointing piece (it's currently streaming on Netflix as of this writing). It requires Cohan to do some acting somersaults, though, and she's up for all of it. Actually, she's got me from the start: when she is first introduced to Brahms, her reaction is to laugh. It's such a natural, unforced laugh -- not cruel or mocking, just the response of someone who thinks she's being pranked -- that it's impossible not to empathize with her immediately. She reacts just as we would, allowing us to identify with her early on and then carrying that identification through every remaining beat. When Greta is growing more and more afraid, so, too, would any of us be. When she reaches the point where she accepts Brahms as a living thing she's afraid to piss off, we're right there with her. Everything she does feels natural and honest. 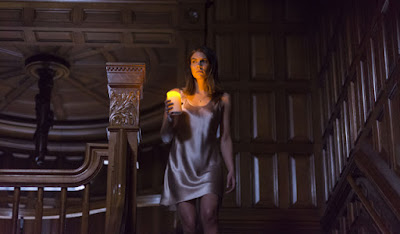 Though the movie does give her a potential romantic interest to bounce off of a few times (played with maximum English charm by Rupert Evans, who horror fans will recognize from The Canal), she's on her own for a lot of The Boy, walking around a big creepy mansion and trying to decide if she's actually afraid or just freaking herself out. That's no easy feat, reminiscent of Deborah Kerr in The Innocents or Candace Hilligoss in Carnival of Souls. When she's not on her own, she's acting opposite either a telephone (Greta takes a number of calls throughout the movie) or opposite a doll, and yet Cohan never breaks our emotional connection. Sure, director William Brent Bell is guilty of staging the occasional scene that tests our patience, because, as in any isolated "haunting" story like this one, there's only so much we're willing to watch a person walk around slowly and look at stuff. But the way Cohan shows her fear, first as a skeptic and then transferring it to the fear of being held hostage, keeps The Boy grounded throughout, even once it really starts to get crazy. 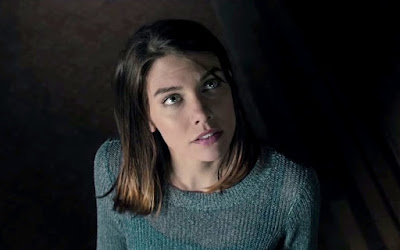 So, yes, I really like The Boy and have resigned myself to be the person who keeps harping on about it. But I know that I wouldn't like it half as much if not for Lauren Cohan's performance. It's rare that an actor has the chance to really stand out in a movie like this -- a would-be generic January horror movie that's PG-13, so the edges have been sanded off -- but Cohan manages to imbue The Boy with so much humanity and empathy that she raises the finished product from "surprisingly not bad" to "really good" on the strength of her work. It's this performance, not her work on The Walking Dead (a show on which she's very good and certainly one of the best in the cast), that makes me want to see much more of her as an actor. I read somewhere this upcoming season of The Walking Dead is going to be her last, which I'm totally ok with. It means I'll finally have a reason to abandon the show for good and it means that we'll hopefully be seeing more of Cohan on the big screen. The Boy is proof that she's got the stuff.