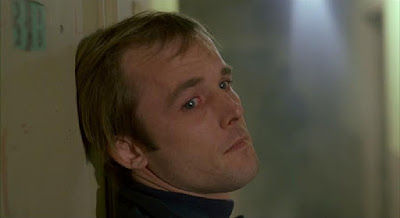 I think one of the coolest things about #ScaryMovieMonth is that it offers something for everyone because the horror genre itself offers something for everyone. Horror’s very nature eschews limits and conventionality, which allows filmmakers to endlessly riff on its core tropes while addressing the universal terror we all share as beings born naked and defenseless in a hostile, chaotic world (this is something that Hallmark Christmas films, for instance, BARELY address.) I also think most people have at least one horror trope that is their “favorite”—that speaks to them in what feels like a special way.

Zombies are my jam. End times, transmutation, gore, loved ones trying to murder us: zombie flicks have everything! There’s also something particularly terrifying to me about a zombie’s shambling, passionless inexorability. They aren’t misunderstood, they aren’t evil, they can’t be won over, they don’t even hate you. They simply won’t stop until they’re slurping human brains like ramen noodles, and they will never NOT want to do that. Once they get you, you’ll want to do that too, and on and on like an infinity mirror of death. 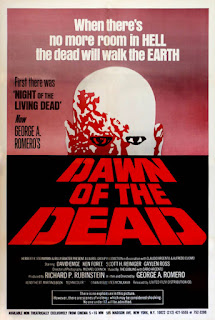 George Romero’s 1978 Dawn of the Dead is one of the greatest zombie movies ever made, according to me and, more importantly, many others and probably you if you have ever seen it. If you have not, please go and do that right now. Scott Reiniger plays Roger, and it’s a performance that helped solidify my love not only of zombie movies, but also of movies in general. Yet, in spite of the profound affect Reiniger’s performance had and still has on my psyche, his name is not immediately familiar to most. He’s got the background and the chops, and from what I have read he had a great time filming DotD, so I genuinely can’t fathom why Reiniger hasn’t made more films. (This, I am sure, is the piece that will TURN HIS CAREER AROUND. I’m rooting for you, Scott.) 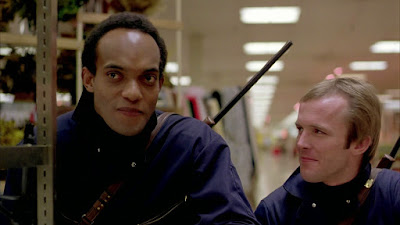 From the moment we meet him, Roger surprises us. Reiniger has the WASP-y good looks we usually associate with the guy on “Team Douchebag,” and that’s who Roger seems to be, military cap shadowing his eyes as he anticipates every word being bullhorned out by the officer in charge. Yet within moments Roger shows himself as “Team Good,” encouraging a new recruit and trying to stop a racist, kill-crazy fellow soldier. He’s bold in the fray, but emotionally affected by the death around him. When he comes across fellow soldier Peter (Ken Foree in another of the film’s strongest performances), Roger is quick to raise his weapon in defense but also the first to lower it. In a time of chaos and fear, Roger is tough but not cynical; trusting and hopeful, but not stupid or sappy.

Reiniger leans into Roger’s contrasts in every scene. Watch him step in front of fellow survivor Stephen (David Emge) to make the killshot Stephen can’t make: confident but not imperious, he’ll save your life without being a jerk about it, exactly the kind of guy you want by your side in a zombie apocalypse. 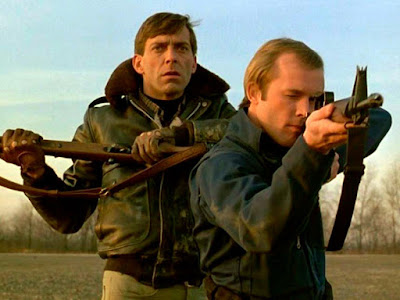 Roger’s energy brings balance to a group that’s constantly teetering on the edge of despair and earns him the nickname “Trooper” from Peter. Yet, while moving the semi trucks that will protect the mall where the group has staked its base, Roger is bitten—and as he transforms, his bravado falls away to reveal the guileless boy beneath the surface. The others do their best to care for him, but soon he’s on his deathbed, raging against the dying of his own light.

Peter volunteers to sit vigil over Roger’s final moments, with his back (literally and figuratively) against the wall as Roger gazes up at him with eyes somehow both haunted and soft. “I’m gonna try not to come BACK. I’m gonna tryyyy….not to,” Roger slurs. In what is for me one of the most genuine and heartbreaking gestures in cinema, Reiniger lets his hand rest lightly against Foree’s chest, above his heart. It’s a motion that feels intimate and natural but conveys volumes about who Roger is as a character, especially in this moment. It’s heartbreaking because we know, and we know Roger knows, what comes next… but there’s nothing more relatable than the way Roger hangs on to the hope that maybe, just maybe, this time we’re wrong.

We’re not. When Roger does transform, Reiniger rises stiffly, dead eyes darting, a complete physical contrast to the scene before—clearly, this is no longer Roger. Romero cuts away before Peter ends it, but don’t mistake that for mercy. We and the characters in the film have come to care deeply about Roger, so Romero focuses on the situation’s real horror: Fran and Stephen’s shared grief when they hear the gunshot. In a film full of explicit, violent death, the most affecting death occurs off-screen. 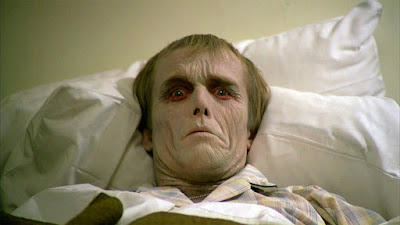 That is the ultimate testament to Reiniger’s performance in DotD: we know how keenly the loss of Roger will be felt by this group. He was their “Trooper” in more ways than one—their spark, their kid, the one who didn’t know (yet) that hope was stupid and dangerous and wrong for this world. And in those ways, he was the one they could least afford to lose.

I think that’s the fear the zombie trope addresses: that the real horror of living is its unavoidable grief and loss. Don’t fool yourself into thinking of happiness as any kind of permanent state: whatever you love, you stand to lose. Whatever hope you allow yourself makes you vulnerable. Being alive means accepting death as around us, in us, all the time. Zombies embody our fear that we won’t be able to let go of our losses, of the countless deaths of living; that the grief of mortality, our own and others’, might literally eat us up until we’re broken, hungry shamblers too.

It’s fitting that, in DotD’s faux family group, Roger is the child. Parenting, of course, means constant loss. We do everything we can to protect our children, only to watch them, inevitably, be stolen by time—if we’re lucky. Isn’t that strange? We count ourselves lucky to watch them grow, stage by stage, out of our arms and away from us, and when they’re not home anymore, we fold their tiny blankets into boxes and wonder what happened. 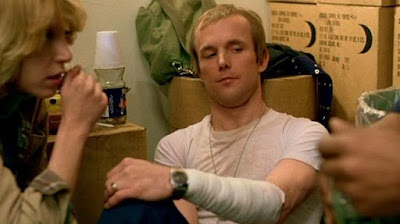 Building on the “rules” set up by Romero’s Ur-zombie film Night of the Living Dead, Dawn of the Dead shows us what to do in the face of this inexorability: band together. Find our tribe. Never give up. Practice until we can make that kill shot against darkness, and use our skills at living to protect each other. Learn to fly a helicopter. Learn to keep our fear and grief at bay so it can’t stop us from loving whatever’s left.
Posted by Patrick Bromley at 12:00 PM