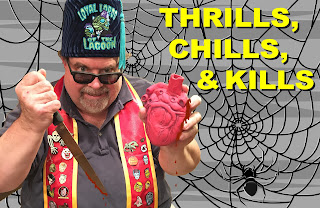 Tod Browning’s 1931 film of Dracula is a study in dichotomy.

I am not referring only to the “easy” dichotomies of living vs. dead or good vs. evil; there are deeper dichotomies on display in this brilliant, special film. Of course, the film that Universal Studios originally envisioned was quite a bit different than the film that was ultimately released on Valentine’s Day, 1931.

Universal expected their reigning horror superstar, Lon Chaney, to play the title role after his triumphs in both The Hunchback of Notre Dame and The Phantom of the Opera. When Chaney died of throat cancer in the fall of 1930, Universal briefly considered a host of other actors, including Paul Muni, Chester Morris, John Wray, and William Courtenay, before going with unknown Bela Lugosi, who at that time was essaying the title role onstage in Los Angeles. One big reason that Universal chose Lugosi was that his asking price was low. Lugosi gave the performance of his life… for a little over $3500. 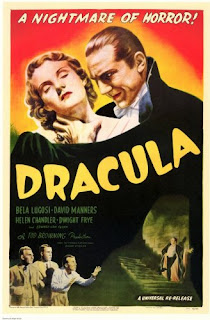 The Plot in Brief: Renfield (Dwight Frye) is a real-estate agent who travels to Transylvania to conduct business with the mysterious Count Dracula (Bela Lugosi). Dracula intends to buy a large plot of land in England and the adjacent Carfax Abbey. Dracula is a vampire; he bites Renfield on the neck and makes him his willing thrall. The two travel by boat to England; Dracula sets up house in his new digs, and Renfield is quickly confined to a lunatic asylum run by Dr. Seward (Herbert Bunston).

Dracula meets the lovely Lucy Weston (Frances Dade) and her engaged-to-be-married friends, Mina Seward (Helen Chandler) and Jonathan Harker (David Manners). Dracula takes a liking to both women, but attacks Lucy later that night, draining her of her blood. Dracula then sets his sights on Mina. Can anything be done to save Mina’s mortal soul? Can Dr. Van Helsing (Edward Van Sloan) help our heroes vanquish this unspeakable evil? 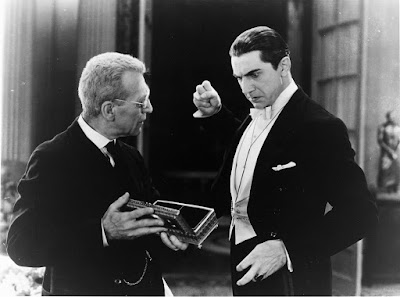 The first sound Dracula stands in sharp contrast to almost every other silent American horror film. Most horror films of that time diluted their scary impacts by either explaining away the horror as a trick or a con (for instance, in London After Midnight, the Lon Chaney character disguises himself as a monster to catch some crooks, and in The Cat and the Canary, some sore-headed heirs are trying to cheat the heroine out of her rightful inheritance) or setting the film in the comforting past of an established literary classic (as in the aforementioned Hunchback of Notre Dame and The Phantom of the Opera, but also in numerous adaptations of The Strange Case of Dr. Jekyll and Mr. Hyde.) In Dracula, the events are depicted as really happening. Though it is performed in the style of a parlor room murder mystery, Dracula is “real.” Dracula the man is really drinking people’s blood. Lucy really dies and really comes back to life. Renfield is really rendered insane by his ordeal and really subsists on a diet of flies and spiders. The original prints of the film even included an epilogue (later cut from the film and lost to history) in which actor Edward Van Sloan addresses the audience directly, stressing the realism of what have just seen. I have read that Universal cut the epilogue after objections from religious groups. Here is the text:

"Just a moment, ladies and gentlemen! A word before you go. We hope the memories of Dracula and Renfield won't give you bad dreams, so just a word of reassurance. When you get home tonight, and the lights have been turned out, and you are afraid to look behind the curtains—and you dread to see a face appear at the window—why, just pull yourself together and remember that, after all, THERE ARE SUCH THINGS…" 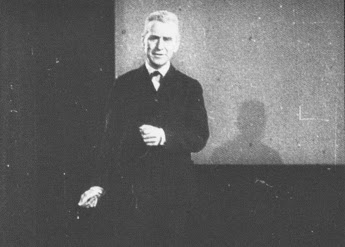 Between Tod Browning’s languid, stodgy direction and Karl Freund’s amazing camera work, the film seems to be waging war with itself to determine if it is a silent or a sound film. Browning was clearly uncomfortable with making a sound film. Actors on set describe him as distracted and unprepared. The script lends itself to old-fashioned melodrama, but from his sweeping vistas of the impressive sets to his slow tracking shot of Renfield encountering his first victim, Karl Freund’s camera work tries to make a film of the twentieth century, not the nineteenth. Freund almost pulls it off, and he is helped immeasurably by two performances in the film.

Bela Lugosi and Dwight Frye seem to be on a different wavelength than anyone else in the picture, most of whom are giving very standard, “stage-y” performances. Lugosi, as in every other role he ever played, seems to channel the very spirit of acting, and risks going completely over the top to create a character. The fact that he allegedly learned the part phonetically when first playing the role on stage (because of his poor English) lends a subtle “otherness” to many of his line readings. Of course, it helps that Lugosi is given practically every memorable line in the film:

“Listen to them. Children of the night… what music they make!

“The spider spinning his web for the unwary fly... the blood is the life, eh, Mr. Renfield?”

“For one who has not lived even a single lifetime, you're a wise man, Van Helsing.”

“To die, to be really dead, that must be glorious […]
There are far worse things awaiting man than death.”

Dwight Frye too gives a tour-de-force performance, transforming from a meek, unmemorable little clerk to the human embodiment of a rabid hyena. His drawn-out, sickening laugh when he is found in the hold of the ship is one of the most memorably scary things in the whole picture. Lugosi and Frye give remarkably modern, one would almost say “Method,” performances in a film where every other actor seems to be stage-bound and conventional. 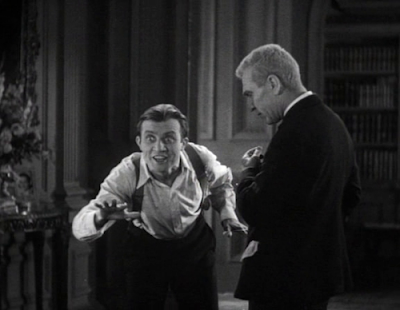 Imaginary or pretend horror vs. real horror, silent film vs. sound, “theatrical” performances vs. character-driven performances, and static direction vs. dynamic camera work are the very dichotomies that make this film endlessly fascinating to me after decades of viewings. Universal’s restoration work on its most recent iteration on Blu-ray disc did the film a service, removing layers of dust and scratches and revealing the film as it originally played. Like a vampire coming to life from his coffin as the sun sets, insisting that one can be dead and yet alive, the film Dracula is at once a stodgy period piece and a remarkably modern (I would not hesitate to say “meta”) entertainment that resists easy categorization. Perhaps this is the reason that Dracula still lives as a vibrant work of art and popular culture, resisting any modern pundit who would attempt to bury it.