A Movie I'm Thankful For: All Bad Movies 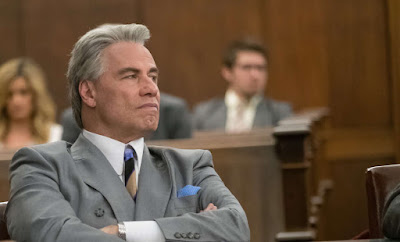 I love The Godfather. It is one of the greatest American films of all time. It is wonderfully written, directed, and acted. It is the involving story of a father handing over the family business to his sons. It draws parallels between organized crime and unregulated capitalism. It convincingly shows an Italian-American family and gets all of the little details right.

I love The Godfather, but I also love the recent movie Gotti. Allow me to explain. 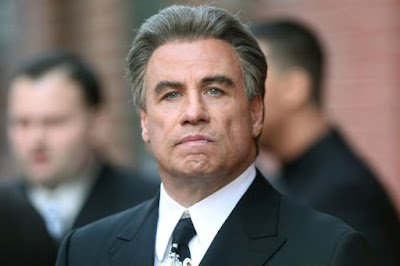 Gotti is one of the worst films I’ve ever seen. Its script is a mess. Its direction is subpar. The performances are a bouillabaisse of acting styles, from scenery chewing to mumbling cyphers. The narrative makes so little sense that one would be hard pressed, based on the evidence in the film, to explain how these characters earn their living—it seems to involve dressing up, driving to each other’s two-flats, drinking coffee, and yelling.

Yet Adam Riske loved Gotti; he called it “great fun.” I love Adam Riske; he’s a great guy and a great friend. I would certainly rather listen to Adam talk about how much he loved Gotti… than to ever watch Gotti again. Adam is very entertaining to watch and listen to (unlike Gotti) and when he talks about film, he always has a point (unlike Gotti). I don’t limit my movie love to only movies that work for ME. We have some laughs, and nobody punches the other guy. Also, talking about Gotti and not punching anyone is proof that my medication is working.

Once on the podcast I described something as “delicious, delicious cheese,” and this phrase struck a note with some of our listeners. You cannot subsist on a diet of gourmet escargot; it would get boring night after night and quite possibly prohibitively expensive, depending on who your snail guy is. Sometimes, you just have to have a bacon cheeseburger, or a brimming bowl of Mac and Cheese. They too are delicious, in their own unique way, although of course too much of them will kill you.

Sometimes bad movies are so bad that they are fascinating. Allow me to explain. 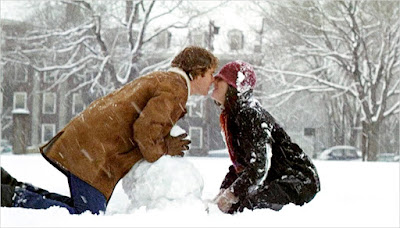 When I first saw the “classic” 1970 film Love Story, I found so much of it bewildering that I was forced to write a column to try to figure some of it out, just so I could sleep at night. I wrote:

“[Love Story] is decidedly strange in that it chooses to focus on snow and ice hockey and chooses to ignore its own plot, relevant details of that plot, dramatic structure, anything related to ‘love’ or a ‘story,’ or a reason why it should exist as a thing.”

Then because I am always willing to go the extra mile for my readers, I actually got out a stopwatch and calculated how much time the movie spent on Winter (16 minutes), Oliver Attending Law School (12 minutes), and Jennifer’s Illness and Death (11 minutes). I wrote, “So the film spends more time on the COLD than on Oliver’s three years in law school and more time on the fact that it is WINTER than on either major characters’ dramatic climaxes. Jennifer is diagnosed and dies in a little more than ten minutes. This movie should be retitled Boy, Was It Ever Cold!”

Writing that column helped me love love love Love Story for the New England cheese-fest that it is. I no longer hate it, and I sleep soundly at night.

Bad movies also allow me to be snarky, which I love, and to “figure things out” and “put into words” feelings that are hard to express or quantify. Allow me to explain.

Roland Emmerich’s now largely forgotten 2011 film Anonymous has the unmitigated gall to suggest that the plays of Shakespeare, which I hold quite dear to my heart, were not in fact written by Shakespeare. When I saw Anonymous, it made me very, very angry. That is not a path I need to take. That is the path to high blood pressure and an open invitation for my heart to attack me. I wanted to shed my anger, so I wrote a column about it as a form of exorcism. I wrote:

“Here is the real problem. The fact that anyone can doubt the plays’ parentage seems to be just one more symptom of a modern malaise: rampant contrarianism. Defining oneself against the mainstream just because it is the mainstream. Being ‘too hip for the room’… more and more people are stroking their own fevered egos by claiming they are ‘too smart’ to fall for the truth. Comedian Dennis Miller once called this ‘the fascism of absolute freedom.’ Miller notes that such people seem to be saying, ‘I have a right to my opinion, and I have a right to be unwavering in my opinion.’

“But some opinions are wrong. Somewhere in this crazy caravan we began to think that the statement ‘all people have a right to their own opinion’ means the same thing as the statement ‘all opinions are equal.’ That is just crazy talk. If you believe the latter, try this experiment: the next time you get really sick—consult a plumber… ask for his opinion.”

In writing that column back in 2011, I was able to accurately predict the future we live in today, during which legions of miserable contrarians—tired of being wrong all the time and frustrated because their small, contrarian brains cannot figure out things like logic or science or statistics or politeness or tolerance—attempt to end their great frustration by foisting their own false reality on our democracy and culture. Writing that column also helped expunge Anonymous from my soul—I did not think about that movie again for seven long years. Neither has anyone else. 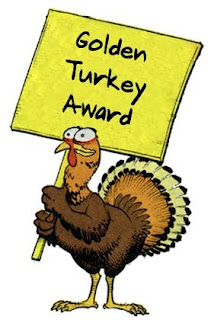 So I sit here, waiting for my turkey and wondering when some intrepid filmmaker will attempt a bad movie hat trick titled Gotti’s Anonymous Love Story. I look down at my desk and see that both AGFA’s Ed Wood opus Take It Out In Trade and Severin Films’ boxset Blood Island Shenanigans have recently been delivered to my door. I savor the thought of the evenings I will spend watching these “bad” movies. It is winter now, so I will throw another log on the fire and enjoy some delicious, delicious cheese.