A Movie I'm Thankful For: ENEMY OF THE STATE 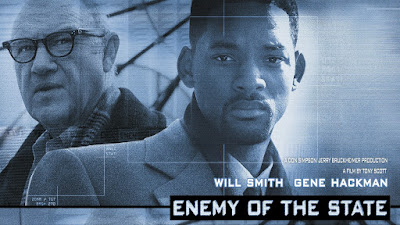 Prior to this week, I hadn’t revisited Enemy of the State since the late 1990s. It was a movie I saw in theaters and thought was good and later bought on DVD because in 1999 I bought every movie I thought was good on DVD. I still own that copy and it’s the one I watched. It was the right way to go because it felt more of the period with its “so much better than VHS, so much worse than Blu-ray” quality. It took me back to the late ‘90s, when a movie as good as Enemy of the State was commonplace and easy to take for granted. Watching it with 2018 eyeballs, it’s surprisingly terrific and has aged very well. It’s a time capsule of many trends and filmmaking traits that are no longer as much in fashion. 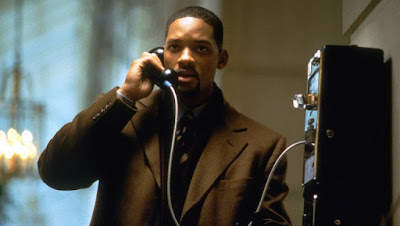 The movie is anchored by a near career-best Will Smith performance as a Washington D.C. labor attorney who becomes a target for the NSA because he is unknowingly in possession of a video showing a political assassination. The hit was carried out to pass a surveillance bill in Congress without resistance. Smith is so good in Enemy of the State that it makes me sad. Back then, I wanted a Harrison Ford type of career for him. He’s simply too charismatic and charming not to flash that side occasionally, but I think he would have done well for himself in the Jack Ryan type of “grown-up” roles Ford made his bread & butter for a while back in the 1990s. Enemy of the State is Will Smith’s The Fugitive in a lot of ways and he fits the part well while still banking on the charm that elicited audience goodwill long past the days he started doing mostly shitty movies after Enemy of the State. Looking back, while I’m sad it (debatably) never got as good for Will Smith as it did in late ’98, I’m happy he had a run as strong as he did from 1995’s Bad Boys until Enemy of the State. There was nothing cooler to me than Will Smith during that time and, as someone who loves the star system and bemoans its lack of importance in today’s film scene, he was an actor I rooted for. 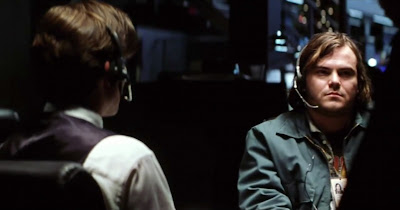 Surrounding Smith is a great big cast: the kind of ensemble I adore where even the smallest role is cast with an actor you know by face if not by name. The tech nerds were Jack Black (we’ll get back to him), Jamie Kennedy, Bodhi Elfman, and Seth Green. The bro-face mercs with spiky hair were played by Jake Busey, Scott Caan, and Barry Pepper. You had a profusely sweating Tom Sizemore as a mobster who only ate in a sweltering kitchen. Jason Robards crushing it at the top for four minutes of screen-time. Jason Lee playing Jason Lee. Regina King, Lisa Bonet…the list goes on. By the way, I noticed that this is the first of two Buena Vista Pictures films of the period (the other being High Fidelity) where Jack Black fawns over the other-worldly mystique of Lisa Bonet. He has a line about how “I’d let her ruin my life” that took me aback on this viewing. Want to know why? I have said that line for 20 years about “dangerous” women I’ve had crushes on and I didn’t remember until now that it was originally from Jack Black talking about Lisa Bonet in Enemy of the State. How weird is that? 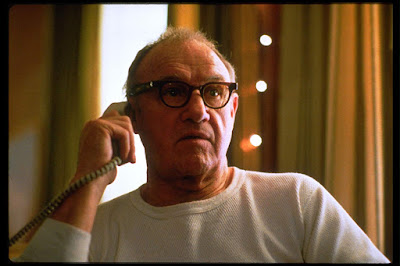 The best piece of casting is, of course, Gene Hackman as the former NSA analyst who comes to the Will Smith character’s defense in the film. I miss Gene Hackman. He was in so many movies during my formative years and I took that for granted. Now that he’s retired, seeing him in Enemy of the State worked in a way that it didn’t back in 1998. It has a “bigger than the role” meta appeal because it feels like Hackman was in hiding just as much as his character Brill was. Nevertheless, he’s amazing in Enemy of the State (in what can be seen as a riff on his character in The Conversation) and comes just at the right time to lift the second half of the film with renewed energy. Besides this phenomenal cast, I’m thankful for the film’s vibe: the holiday setting, that it’s set in extremely photogenic offices and hotels, its watch/pen/men’s clothing lifestyle porn, how it’s a control room bullshit movie that goes mobile so the NSA is in the field which is more interesting and that it’s from an age when Disney (through Touchstone Pictures and Hollywood Pictures) still made movies for grown-ups that weren’t based on IP. I’m also thankful they went all in on the never-funny blender joke. The gag is so lame that it turns back around and becomes completely charming. 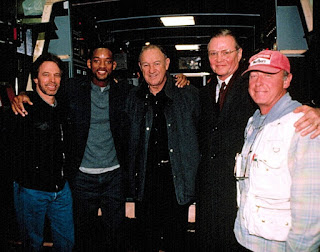 Most of all, I’m thankful for the collaborations of Don Simpson/Jerry Bruckheimer and the late, great Tony Scott such as this one. They had such great style as collaborators and when they made Enemy of the State it was just a matter of sitting back and admiring the machine hum along at peak operating efficiency. I just love that Tony Scott dug his ending for True Romance so much that he repeated it in this film. I don’t blame him; it’s great, especially when Gene Hackman wants more of the NSA guys to get shot so he’s yelling “C’mon! Get in there. People are dying!!!” and the dumbass agents are all like “Omg, what do we do? Let’s walk into certain death so this old man will stop yelling at us!” It’s so great. This whole movie is so great and emblematic of many things I love about movies, which is why it’s no longer just a movie I like but now a movie I’m thankful for.