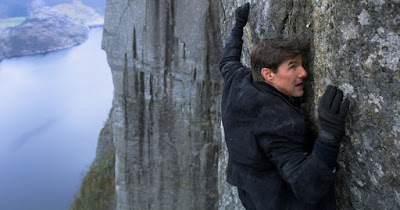 2018 didn’t exactly feel like a transcendent movie year, though I’ve got a sneaky suspicion that the truly great ones don’t reveal themselves in total without a few years of context. Still, when it came time to pull this thing together, some damn fine work got left on the outside looking in. I didn’t get a chance to see a number of movies that have become fixtures on the year-end list circuit (Shoplifters, Burning, Support the Girls, BlacKkKlansman, The Rider, many others), but the time has come for the tough calls to be made. Have at it: 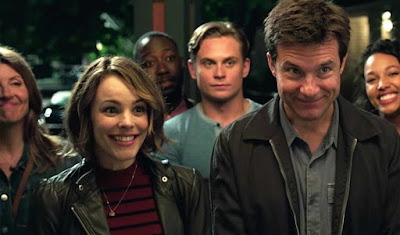 Game Night just checked way too many boxes to be left off the list. The exceedingly elusive R-rated studio comedy is not dead just yet. The note-perfect ensemble, deviously simple premise, and arsenal of killer line reads would likely be enough to secure high marks for Game Night, but I’m also fond of the commitment it has to telling an interesting visual story. That’s highlighted by a zany chase through a mansion in a simulated one-take that would look fairly pedestrian in most action movies, but here speaks to the reverence that the filmmakers have for the visual art of moviemaking.

With You Were Never Really Here, Ramsay is so unafraid of showing the absolute darkest parts of the human psyche and the good that can still be mined from trauma. Joaquin Phoenix is now good in everything, but the performance Ramsay coaxes out here is nothing short of stunning, and the film’s finals scene remains as haunting as anything I saw this year. 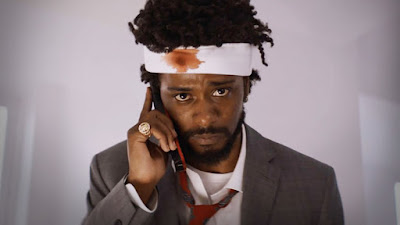 The race to crown every vaguely topical film as “the movie of the moment” is getting to be about as exhausting as “the moment” itself, but Boots Riley’s balls-out vision quest of labor dystopia declares itself so boldly and confidently it is impossible to deny its status as an urgent political work. Oval Office occupants, bureaucrats, and lawmakers on the local, state and federal levels will always play musical chairs, but the core elements of the struggle we find ourselves in remain firmly entrenched, the many workers vs. their few corporate masters. Riley’s ethos is simple and powerful: Unionize or Die. Or, rather, Unionize or Be Turned Into An Equine Abomination. Now, when you’re taking big political swings like that, it helps to deliver the message with the incredible flair and creativity that Riley does here. I helped to unionize my workplace this year, so this one is naturally near to my heart. A joy and a triumph to behold. 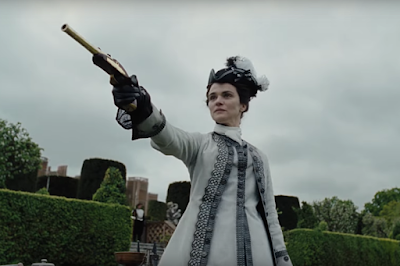 Lanthimos’s absurdist misanthropy gag plays so well in a palace intrigue period piece it’s a marvel he hadn’t thought of it before. His last two features each landed on my 2016 and 2017 lists, but even I was beginning to wonder if he had any other clubs in the bag. It helps that he farmed out writing duties for the first time in his career and allowed three of the best actresses working today — Olivia Colman, Emma Stone and the Once and Future Queen Rachel Weisz — to bring the material to a new level. The movie is immaculately shot and presented, with ruminations on power, sex and servitude, all filtered through the distinctive Lanthimos lens that ultimately lands on a disturbing and melancholy note that followed me home and dug into my skull for weeks. The best ghost stories examine ghosts as memory and trauma, and Ari Aster’s feature debut is all over that beat. The theme of family strife manifesting as supernatural phenomena are a fixture of the genre, but in addition to richly exploring that familiar territory, Aster pulls off a hell of a directing feat. The entire movie is just so tightly composed that its precision and meticulousness add to the dread. I didn’t really think that Aster could top the truly horrendous and excruciating left turn about 15 minutes into the movie, but then came the all-out chaotic assault that was act three. Praising Toni Collette is almost rote at this point in her career but she outstripped even her considerable standards here. 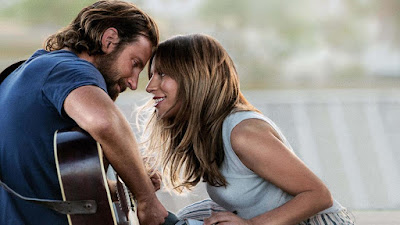 It’s damn hard to make pop art that’s this sprawling and sincere without veering into self-parody, even moreso when you’re taking the fourth crack at what has effectively become a Hollywood fable. Cooper and Gaga have all but weaponized onscreen chemistry and the story is just bursting with an earnestness that grabs you by the shoulders and takes you backstage for the show. Tender, sincere and tragic; it’s an incredible debut from Cooper that has me excited to see what he does next. Oh and the soundtrack kicks fucking ass… 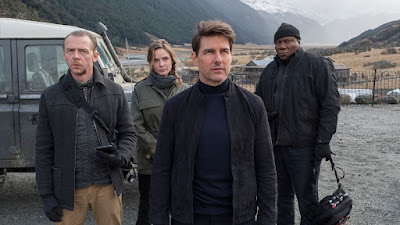 I remember being slightly crestfallen to learn that McQuarrie would be returning for the sixth M:I installment, even after his bang-up job on Rogue Nation. I had enjoyed the way the franchise had given each project to a different filmmaker and allow us a glimpse of how De Palma, Woo, Abrams and Bird think these movies should work. If that seems to you a silly thing to be crestfallen about, it’s because it is! McQuarrie’s second turn just about reaches action movie nirvana here firing off at least half a dozen neck-snapping action set pieces ranging from brutal to euphoric. The halo jump, the motorcycle chase and the helicopter battle alone could all serve as the climactic sequence of their own action flicks, and yet they all live here together along with the bathroom fight, the truck heist and the pursuit on foot in this joyous wallop of a movie. 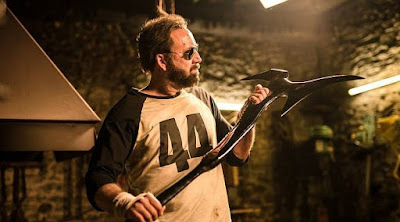 Mandy is destined for the Rowdy Midnight Screening Valhalla, what with the death cult and the chainsaw fights and fully unhinged Nicolas Cage. But what really makes Mandy special is its heart. The slow burn ahead of the sharp descent into madness is what gives away the game here. Cosmatos clearly knows his way around the ‘80s fantasmagoria playbook, but the care he takes to establish the simple tenderness between Mandy and Red is delicate and masterful. It is that care that elevates the chaos into something sublime. Lest I sound like a total square-ass mark, though, the “fun” part of the movie is more than worth the price of admission. The movie exudes this astonishing confidence as it basks in its own profane weirdness. The best theater experience I had this year.

3. The Ballad of Buster Scruggs (Joel Coen and Ethan Coen) 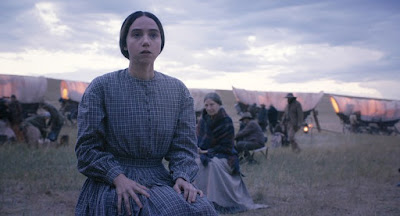 The Coens have dipped their toes in the Western pool before, and the results ranged from great (No Country for Old Men) to mostly forgettable (True Grit). But both of those were based on prior source material, and watching the siblings play that game in their own handcrafted sandbox was a marvel. The six-piece anthology is the Coens’ very essence sprawled out across the canvass of the American west. The stories unsurprisingly flit from whimsy to sincerity to morbidity with ease, but the throughline of mortality and death is inescapable. The eponymous short that opens the movie with Tim Blake Nelson as a singing cowboy who has the quickest draw in the land until he doesn’t is a standout, as is an idyllic one-man odyssey with Tom Waits as a desperate gold miner. 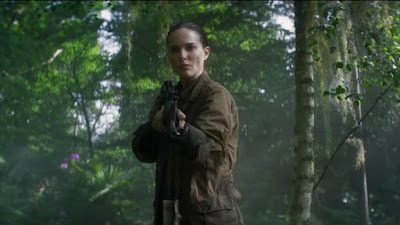 What a beautiful and sad piece of art. It’s hacky to describe movies as “nightmarish,” but Garland creates a world that evokes a specific type of bad dream that I have a lot, where the setting is an ostensibly familiar one but with just enough out of place and off-axis to create a creeping sense of dread. That creeping dread eventually gives way to something truly devastating and profound, the kind of stuff that just doesn’t make it into the third acts of major studio releases these days. 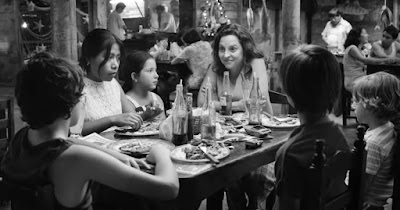 Cuarón is playing a whole other game here, giving us a story and a vision that’s vast yet personal, sad and hopeful, quiet and raucous, and so often deftly zigzagging between these points on a razor’s edge. Every single scene feels like an absolute work of art — an effect that has scanned as laborious for some detractors — that you could spend an entire day discussing with your loved ones.

Sincerest Apologies To:
Spider-Man: Into the Spiderverse
Minding The Gap
You Were Never Really Here
If Beale Street Could Talk
Disobedience
First Reformed
Avengers: Infinity War
Posted by Patrick Bromley at 12:00 PM

Email ThisBlogThis!Share to TwitterShare to FacebookShare to Pinterest
Labels: 2018 movies, best of 2018