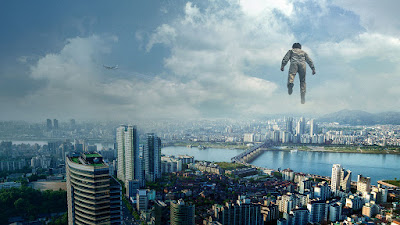 As a sort of tradition (twice in a row counts as a tradition, right?), I am ending 2018 with my favorite foreign films of the last year. These are movies that I believe everyone should take a chance on - even if you are not someone who usually watches non-English language films. You will not be disappointed if you open yourself up to new experiences with the titles below. 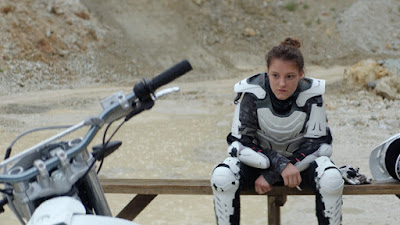 L’Animale is a coming-of-age story that I found to be done in a way that was fresh and new. The main focus of the story is an almost-high school graduate named Mati. She is a tomboy who is more focused on hanging out with her motorbike gang that consists of all guys than she is on thinking about her next steps for the future. Mati likes how her life is and does not wish for any changes. But change is a part of growing older that it is impossible to avoid -- and change starts to invade Mati’s life as one of her gang, a young man named Sebi, pushes for more with Mati beyond friendship. Mati is also beginning a tentative friendship (and more) with a young woman she has met named Carla. These changes in her life force Mati to grow and change in her final year of high school. There are additional subplots involving Mati’s parents and their marriage, but I will leave any surprises for when our readers check out the movie! 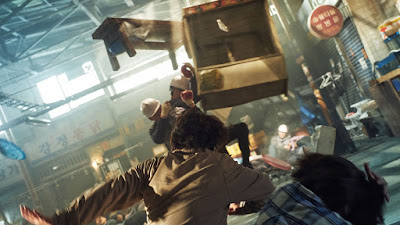 This is an odd, odd movie. It starts out as an underdog tale about a group of small business owners trying to save their building from being bought out by a construction company. The construction company wants to tear down all of the small business in the area and put in a giant shopping center. This seems like it should be a movie focused only on the business owners working together to stop the evil construction company – and it is, but it is also a superhero movie. You see, one of the owners is a young woman named Shin Roo-mi, and it turns out that her estranged father (Seok-heon) has suddenly developed telekinesis after drinking spring water that has been infected by a meteor. Seok-heon uses his newfound abilities to reconnect with his daughter by helping to defend the group. I find Psychokinesis to be an odd (but enjoyable!) movie because it feels like it is made entirely of mood swings. The film swings from over-the-top comedy to intense violence from scene to scene. This can be jarring and may not work for everyone. 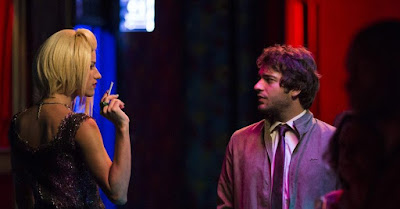 I’m still trying to determine if Paradise Lost is considered a musical or is only a movie with songs. The majority of the action takes place in a night club called Paraíso Perdido, a place where the world is beautiful, romantic, and full of song. This is in contrast to scenes that take place outside of the club, where the world is dirty and full of violence. It's about a young cop named Odair is hired by the club owner (José) to protect Imã from being attacked. Odair begins to connect with the various family members in the club as each has their own story to live and to tell. I will admit to finding some plot threads to be a bit confusing (relationships develop in very unexpected ways), but the singing and the music make this unlike any other movie in 2018.

2) The Night Comes for Us (Indonesia, directed by Timo Tjahjanto) 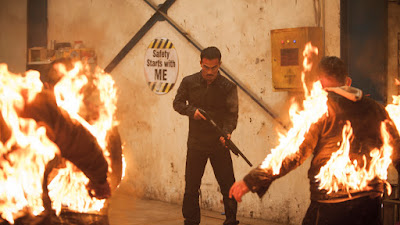 Holy shit. I hope I’m allowed to swear because wow, holy shit. I don’t know if my words can do justice to the fight scenes in The Night Comes for Us. People are killed in this movie in ways I have never seen in an action film before. I spent the entire runtime on the edge of my seat wondering how each scene would top the last one. It always did. I’m not entirely sure the plot matters for The Night Comes for Us – but here it is anyways. Ito, an enforcer for the Triad, decides to quit that life after deciding not to kill a young girl. This is not a life that just lets a person walk away, so Ito must face off against a number of elite assassins. He joins up with friends from his old gang, and with them, sets out to stop the Triad from hunting them down. I think The Night Comes for Us might have a fight scene every three to five minutes. This is not a complaint. I loved this movie so much. 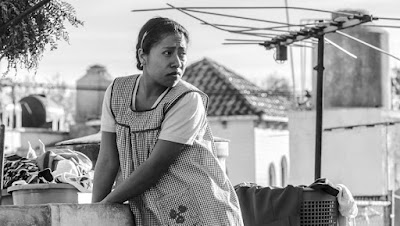 Is there a more beautiful film this year than Roma? If you answer anything else, I think you’re wrong. I was swept away by the gorgeous shots, the natural acting, and the story. I cried during Roma, and it wasn't pretty crying (I may not be capable of pretty crying). These were big, ugly tears that lasted for longer than I am willing to admit. There were scenes that I had to pause because I was so overcome with emotion for the characters on screen. I’m sure many of you have already seen Roma, as it has been getting quite a bit of well-deserved buzz. The film is about a young maid named Cleo and her relationship with the family that she works for. It is also about that family trying to survive through changes. It is about Cleo and changes in her own life. I cannot spoil this movie, and a brief plot summary does not do Roma justice. Please watch it as soon as possible!

I hope readers get the chance to check out the movies I have mentioned. Please let me know your thoughts on them in the comments below. Please also let me know your favorite foreign films of 2018!
Posted by Patrick Bromley at 5:00 AM