SHE'S ALL THAT: 20 Years Later 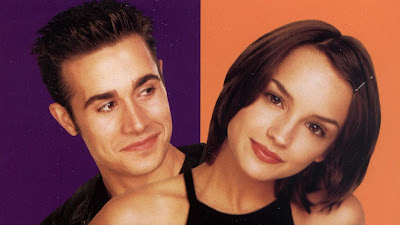 I’m gonna make you like this movie after reading this.

The end of the Gen X era (era) and beginning of the Millennial era (era) during 1996 to 2001 was a golden age for teen cinema. I was 16 years old when She’s All That was released in January 1999 and seeing films like this, Scream, I Know What You Did Last Summer, The Faculty, 10 Things I Hate About You, Cruel Intentions, and Varsity Blues (just to name a few) was a big part of being a teenager. They were my John Hughes movies. Quoting a line from something like American Pie was done often at lunch by my friends and me. These were movies you could see on dates and take around with you by playing their soundtracks again and again in your car. 1999 was a period where a pop sensibility was taking over again for teenagers and the movies reflected that. Everything was packaged. Stars crossed over from music to television to film and the actors were famous for being famous (they all ended up on TRL) just as often as famous for their work. It was all normal to people my age. You would see actors from these films so often that they became one-sided friends themselves. Upon revisiting She’s All That, it feels like it’s been...well...20 years. Much has changed -- and by much, I mean real-life teenagers had to grow up really fast for the world that was about to happen to them in 1999 and thereafter. 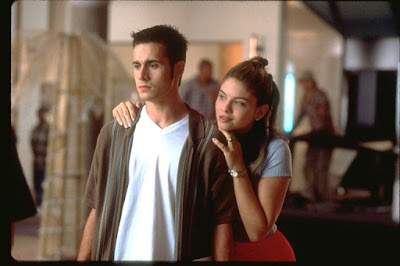 I hadn’t seen She’s All That since around the time of its release and coming back to it I was struck by how innocent it is. Therein lies its charm. The premise in brief: the most popular kid in school (Freddie Prinze Jr.) gets dumped by the most popular girl in school (Jodi Lyn O’Keefe). Trying to save face, Prinze Jr. makes a bet with his friends (Paul Walker and Dule Hill) that he can turn any girl in school into the prom queen in the next six weeks. Walker picks an introverted, surly art student named Laney (played by Rachael Leigh Cook of Josie and the Pussycats royalty) because he inexplicably thinks she’s the biggest challenge. That plot is quickly de-emphasized, thankfully, and She’s All That evolves into a sweet getting-to-know-you romance between two teens who are not as mismatched as it would initially seem. A romantic movie obviously needs a couple worth rooting for as a solid foundation and She’s All That has one. Prinze Jr. can only project sweetness and affability on screen, and Cook is really good as the girl who isn’t quite the ugly duckling that the My Fair Lady/Pygmalion conceit of the film would suggest. 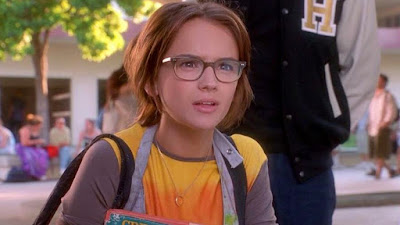 One of my favorite things about the movie is the combination of how Laney is written and Rachael Leigh Cook’s performance. She’s unpopular not because she’s ugly, but because she’s miserable. Throughout the movie, we learn why (she’s grieving her mother who passed away, but there are implications it’s also because her family isn’t as wealthy as many of her classmates), but, unlike what we’re expecting, Laney doesn’t shed her nerdy art school persona. There are no scenes where her old friends accuse her of being a sell-out. In fact, her best friend (Elden Henson) is encouraging her to take a chance with the Prinze Jr. character and attempt being happy even if it’s not her scene. The movie suggests that Laney taking off her glasses, cutting her hair, and swapping paint-covered overalls for dresses is self-improvement, but I’m not going to criticize it for that unlike others have over the years. Here’s why: I think the point is that Laney isn’t hiding anymore and she’s not selling out either, but instead emphasizing qualities she already has. It’s not shallow for her to exude pride by enhancing her appearance because she doesn’t change who she is as a person. More specifically, I think the makeover is the most important part of the movie, more even than her finding love with the most popular boy in school. Laney needs this jumpstart to happen in her life. The status quo isn’t working for her. Laney matching her inner beauty with a new outer beauty is probably something that’s going to stick and make her happier going forward even if her relationship with Freddie Prinze Jr. doesn’t last (it probably won’t). 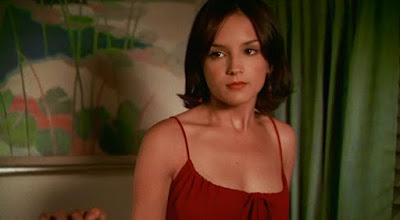 By comparison to Laney, most of the other characters in She’s All That don’t have as much depth. Prinze Jr.’s Achilles heel is more stock: he’s indecisive and unable to think for himself. At one point in the movie, his character is shown sadly looking at acceptance letters from Dartmouth, Harvard, and Yale, so he’ll be fine. His character arc is not quite there and whatever reason I like this guy is because Prinze Jr. seems like the nicest person in the world. Is Prinze Jr. an actor of great range? No, but I’d argue that few actors from his peer group were as good at playing vulnerable and sweet. Also good is Paul Walker playing against type as a jerk. The actor usually was thin and laid-back on-screen, emitting a cool surfer vibe, but in She’s All That he’s more bulky and muscular, which suits his turn as a frat-bro misogynist type. 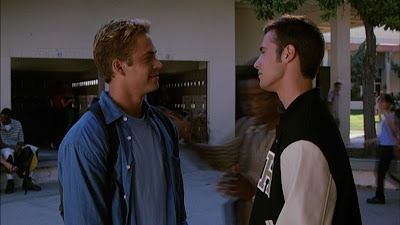 Aside from the performances, She’s All That has other delights, mainly related to the music. First, the prom scene is hilarious. In the IMDB trivia, I read that the filmmakers were looking to extend the movie a few minutes (it runs a short 95 with credits) so they cobbled together a dance-off at the prom (DJ’d by Usher) set to “The Rockafeller Skank” by Fatboy Slim. I liked this song a lot in 1999, so I was happy to remember its inclusion. I must point out, though, that the scene does not work at all because a) all of the teens perfectly execute the dance choreography (maybe not Paul Walker...seriously, watch his dancing) and it’s explained away by Usher shouting “We’re gonna do that dance I taught you” and b) most of the men’s dress shirts look like they’re one or two sizes too big. The entire time I was on edge waiting for them to become untucked. Next, and most important, we need to talk about the film’s usage of “Kiss Me” by Sixpence None The Richer. I’ll need a separate paragraph.

The best way I can describe the use of “Kiss Me” in She’s All That is to say it ascends two separate scenes into the heavens that might have not worked without it. The first is Laney’s big debutante moment, where she walks down the stairs with her new makeover. At first, only the instrumental section of the song is playing, beginning with a wistful/wounded violin, followed by anticipatory guitar strums, which brilliantly repeat a verse as we, the audience, anticipate Laney’s entrance like the characters are in the movie. When she walks down the stairs to reveal her new look, “Kiss Me” kicks in fully with the lyrics, causing a combined effect where I thought “She IS all that!” If Sixpence None The Richer didn’t Stop Making Sense their performance of “Kiss Me” in concert (i.e. unspooling it one instrument at a time), that’s a missed opportunity. The other moment that uses “Kiss Me” is the final graduation scene that leans heavily on the violin section. It works because it has a “Here’s to the next step” overtone that combines with Rachael Leigh Cook’s triumphant character arc and sends the movie into the stratosphere as the end credits begin.