Redboxing: THE KID WHO WOULD BE KING 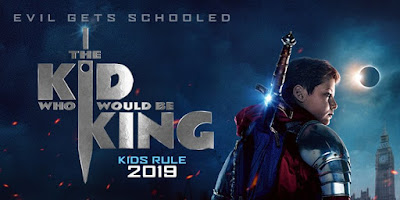 Bit of a mixed bag, bruv. Believe it.

Writer/director Joe Cornish’s long-awaited follow-up to 2011’s Attack the Block is The Kid Who Would Be King, a family-friendly spin on Arthurian legend starring Louis Ashbourne Serkis (son of Andy) as Alexander, a school-age nobody who discovers the ancient sword Excalibur at a local construction site. Though Alex feels a kinship with the fabled king and his knights thanks to some family drama we’ll get into later, he doesn’t believe the sword to be the genuine weapon of legend until he’s attacked by ghostly demon hordes and a young Merlin (played by the excellently rubber-faced Angus Imrie) arrives to offer his guidance to the Once and Future King. It seems that the evil sorceress Morgana (an underused Rebecca Ferguson), who has coveted Excalibur for centuries, will soon rise to destroy the new king and the world he inhabits. Though she and her monsters can only appear at night, an upcoming lunar eclipse will allow her to cross over into the real world, putting all of Britain in jeopardy. 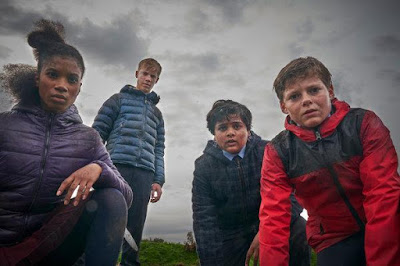 And so Alex must train. He must believe. Most importantly, he must gather his Knights of the Round Table. Lucky for him, his best friend Bedders (Dean Chaumoo) and schoolyard tormentors Lance (Tom Taylor) and Kaye (Rhianna Dorris) are along for the ride, and Merlin (who occasionally morphs into an older form played by Sir Patrick Stewart) provides lessons on magic, honor, and the Chivalric Code to prepare them for the horrors to come. Alex will also use this journey to learn about the father who abandoned him, the one who left him a book on King Arthur before setting off to — according to his mother (Denise Gough) — “fight his own demons.” Do you see the connection? The suggestion of noble and heretofore unexplored lineage? Alex does, and after a bit of metatextual self-reflection (“Harry Potter, Luke Skywalker...none of them knew their fathers, either!”), he takes on the mantle of Arthur in earnest, building a student army to repel the evil Morgana once and for all. 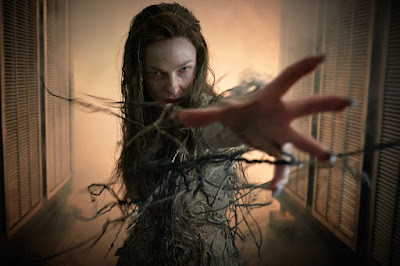 That’s a lot of exposition and backstory, isn’t it? At two hours in length, though, The Kid Who Would Be King needs every bit of it. And while there are certainly times when it plods along awkwardly — there’s a mid-film battle scene that is really going to mess with your internal movie clock — The Kid Who Would Be King is made with so much wonder and enthusiasm that you may not mind an extended stay in its weird world. Try to watch it through the eyes of your ten year-old self, if that helps, because this is a throwback, first and foremost; it’s a kids’ adventure tale that shares just as much DNA with The Pagemaster, An American Tail, and Jumanji (1995) as it does with King Arthur. It’s got all the wiz-bang of your Moanas and Despicable Mes, but it’s old fashioned. It’s handmade. It doesn’t need to fill every goddamned frame with CGI noise or populate the cast with idiosyncratic sidekick characters who will make for lucrative ancillary toy sales later on. In fact, its tiny cast could use with a bit more definition, at times, and a stronger lean on the political or interpersonal elements may have helped pull things into clearer focus. 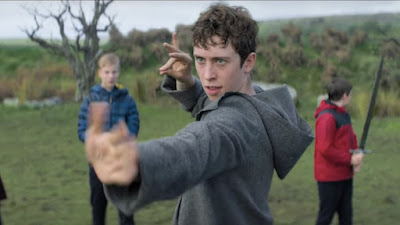 Because while The Kid Who Would Be King has a big ol’ Paddington-sized heart, it’s unwieldy and, at times, flat-out sloppy handle on theme, structure, and allegory make for a confusing final takeaway once the credits roll. Alex may or may not be the latest in an ancient line of kings, but does that matter? Well, it must, because only he is worthy of wielding Excalibur. But then, is it his unique courage that makes him worthy? Is the film saying that anyone with the bravery and compassion to lead can be a king? Sort of, but Morgana and Merlin are very real entities with distinct memories and personalities. Perhaps they’re interchangeable elemental forces representing the eternal struggle between good and evil (there’s a strong anti-Brexit motif running through the film that suggests that humanity will always need leaders in times of strife). Maybe. Merlin does happily “amend” the legends and insist that we must make similar adjustments whenever appropriate. So which answer is correct? All of the above, it seems. 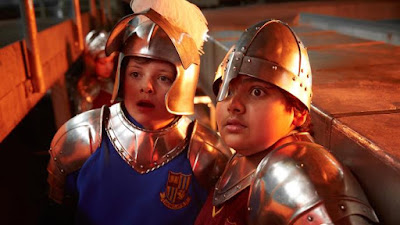 And that’s okay. Kids need wonder. They need options. They need opportunity. So while The Kid Who Would Be King may not be the most concise or creative story ever told, a filmmaker like Joe Cornish has earned the right to play in a big sandbox. More of Merlin’s insane clap-snap-and-pop hand gestures and Morgana’s tree-witch-bat-demon attack mode is better than less. This is the kind of film that I would have insisted on watching every day after elementary school until my parents went insane. I would have memorized its action beats and drawn inspiration from its mythology. Maybe the animated opening exposition about Uther Pendragon will inspire kids to read more 11th century Welsh poetry. Maybe Merlin’s rejuvenation potion of chicken nuggets and Gatorade will push kids into the sciences. Maybe the scene in which an entire student body faces-off against world-devouring demons will inspire kids to watch the third season finale of Buffy the Vampire Slayer! Regardless, The Kid Who Would Be King is putting something positive into the world, and that’s what counts.
Posted by Patrick Bromley at 5:00 AM

Email ThisBlogThis!Share to TwitterShare to FacebookShare to Pinterest
Labels: 2019 movies, joe cornish, rebecca ferguson, redboxing, the kid who would be king