This weeks' streaming picks have been broken up into individual episodes. 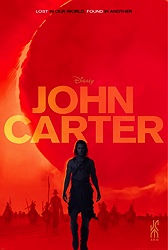 John Carter (2012, dir. Andrew Stanton) Remember how John Carter was a really good old-fashioned sci-fi adventure fantasy and no one cared? This was a movie where, in the words of JB, critics were too busy reviewing the budget to enjoy the film on its own terms. If you skipped it the first time around, try to catch up with it on Netflix this weekend -- on Saturday afternoon, no less. This is a movie made for Saturday matinees. (Watch on Netflix) 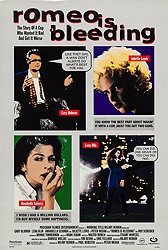 Romeo is Bleeding (1994, dir. Peter Medak) Maybe "underrated" is the theme this week. (Just kidding! That's the theme practically every week.) This kinky neo-noir got lost in the post-Tarantino shuffle of the 1990s, but owes very little to QT. After all, he doesn't own the trademark on colorful characters and crime stories. Gary Oldman is a corrupt cop in waaaay over his head, in particular with an assassin played by Lena Olin. I'm not exaggerating when I say you need to see this movie if only for Lena Olin, whose performance is truly one for the ages. The film should have a bigger and better reputation on the basis of her presence alone. (Watch on Amazon Prime Video) 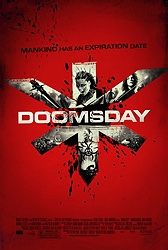 Doomsday (2008, dir. Neil Marshall) Mark Ahn and I did a podcast on this one a few years ago during Junesploitation (less than one month away!), because it might as well be called Junesploitation: The Movie. It takes every genre movie Neil Marshall loved in the 1980s and throws them into a single film, and while the results never quite come together the way I hope they magically will every time I revisit it, there's still lots of fun to be had. Rhona Mitra makes a good action hero. (Watch on Shudder) 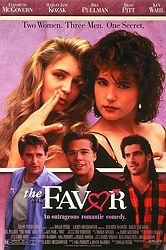 The Favor (1994, dir. Donald Petrie) Erika and I just watched this one last week, and now it's streaming for free (with ads)! It's a fairly generic romantic comedy bolstered by a strong cast, including Harley Jane Kozak in a rare leading role, Elizabeth McGovern, a young Brad Pitt, the great Bill Pullman, and Ken Wahl's mullet. Kozak is great at the center, with Pullman stealing the movie as her clueless husband. I could watch a movie about their marriage even without all the sex farce nonsense. (Watch free on Vudu) 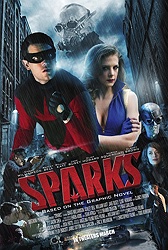 Sparks (2013, dir. Todd Burrows, Christopher Folino) I saw this at a film festival several years ago and don't remember a ton about it except that it was an interesting noirish deconstruction of the superhero movie. Seeing as that genre is a pretty big conversation right now, it seems like a good time to revisit Sparks. Plus, it stars two fantastic indie genre actors in Chase Williamson and Ashley Bell, and any movie with the two of them in the leads is worth a watch. It's the first of this group of streaming picks that I plan to revisit this weekend. (Watch free on Tubi TV)
Posted by Patrick Bromley at 5:00 AM