Some very special and underrated movies have hit streaming this week. 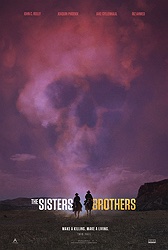 The Sisters Brothers (2018, dir. Jacques Audiard) I placed this offbeat western on my Top 10 movies of last year, and I'm not still sure it would have a spot. I liked it a lot, though, and wanted to champion a movie not enough people were seeing. John C. Reilly and Joaquin Phoenix play the titular Sisters brothers, a pair of lawless murderers who go looking for gold with Jake Gyllenhaal and Riz Ahmed. That cast alone should be enough to convince you to watch, but there's also gorgeous location photography and an odd sense of humor throughout the whole thing that make it special. This is a movie I think will find an audience in time. Might as well get in on that early. (Watch on Hulu) 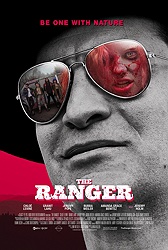 The Ranger (2018, dir. Jenn Wexler) This was one of my favorite horror movies of last year, an '80s slasher throwback from first time director Jenn Wexler that's all rough edges and attitude. A group of punks run afoul of a psychotic park ranger. Killings ensue. I know that everyone is going to respond favorable to The Ranger because the characters can often be unlikable and the filmmaking lacks polish, but it has such an energy and conviction to it and finds such interesting things to say about the relationship between killer and Final Girl that it wins me over every time I watch it. (Watch on Shudder) 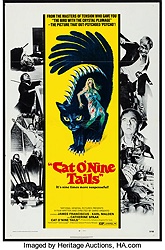 Cat o'Nine Tails (1971, dir. Dario Argento) Not my favorite Argento film -- not even in my top five favorite Argentos -- but free early Argento is too good to pass up. Karl Malden plays a blind man who gets caught up in a murder plot to which he may or may not be witness. The pacing isn't always great and the movie lacks the dazzling set pieces of Argento's best work, but it's a different sort of movie for him and worth watching for completists. (Watch free with ads on Tubi TV) 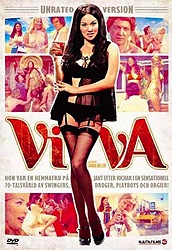 Viva (2007, dir. Anna Biller) I was an early fan of writer/director Anna Biller's The Love Witch, and I very nearly love her first feature Viva just as much. She plays a bored housewife in the late 1960s or early '70s (I'm due for a revisit) who discovers herself after getting caught up in the sexual revolution. Just like with The Love Witch, the period details are so exact and specific that it's remarkable this is a movie made in the 2000s. It's not just kitsch, either; Biller has a real point of view and a purpose to her aesthetic. What a voice she is. (Watch on the Criterion Channel)
Posted by Patrick Bromley at 5:00 AM