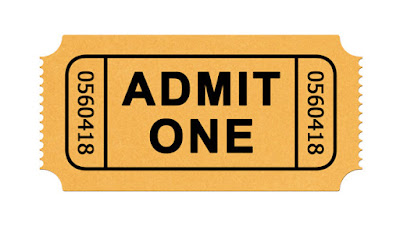 Rob: This week, we’re taking a look back at my ticket stubs from 2007! Is there any other website on the internet where that would be an exciting proposition? You’re welcome. Adam and I both chose three from my archives, a few of which are literally fading with antiquity. I’m considering having them laminated. Does that seem worth it?

Adam: I’m trying to figure out if Dan in Real Life would work at 9:35 PM. It feels like such a “weekend before noon” movie to me. I kinda sorta enjoy this one (it’s super 2007-y) even though it also drives me crazy at times (Dane Cook’s sensitive performance, the family talent show). These characters have the life I want where everyone is wearing the most comfortable sweaters, you go “into town” for supplies, and the blind double dates people set you up on are with Emily Blunt (who is luminous). I remember really liking the Sondre Lerche songs on the soundtrack, too. It sounded like the Badly Drawn Boy music from About a Boy. I might rewatch Dan in Real Life again soon. It’s like if chicken soup was a movie. 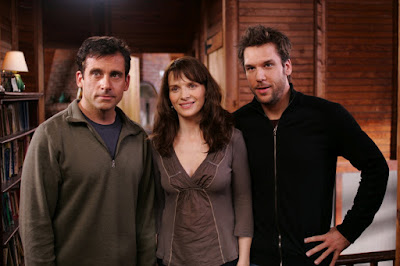 Rob: I remember very, very little about it. 2007 was a period in my movie-watching in which I was super excited to see anything even remotely indie, so a lot of the “white guy problems” stuff blends together. I need to revisit it.

My first pick is Edgar Wright’s Hot Fuzz, which I saw at 10:25 PM on March 28th at the Regal Edgemont 10. Hot Fuzz is my all-time favorite genre comedy. It’s got a brilliantly-constructed screenplay that rewards multiple viewings, a ridiculous cast, and one of the best DVD releases in my collection. Making-of features, production diaries (including a look at Simon Pegg and Edgar Wright’s famous “ flip chart” method of screenwriting), and — probably the crown jewel — a commentary track featuring Wright and Quentin Tarantino. So many movie recommendations! Bring a pen.

Adam: Hot Fuzz is tremendous. It’s also a movie I’ve seen just a few times so it still feels new-to-me with every viewing. You said it perfectly when you mentioned it rewards repeat viewings. Timothy Dalton is so great in Hot Fuzz. 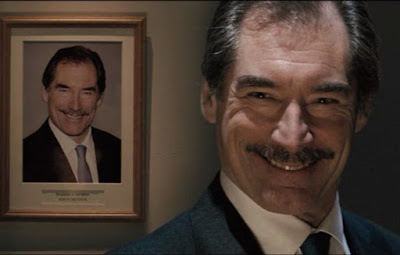 Rob:It’s a wonderful example of when a writer/director knows EXACTLY how to use their cast. Your next pick is Across the Universe, which I saw at 10:35 PM on October 20th at the AMC Marple 10. How the hell did I stay up that late?

Adam: You were/are a young man. 10:35 PM back in 2007 was a cakewalk. I’ve only seen Across the Universe once on DVD (though I own the movie and the soundtrack for reasons I can’t entirely explain). I remember really liking the movie, but have never felt compelled to revisit it. Partly because, unless I’m caught up in the experience, I get skeeved out thinking of movie characters singing classic songs originated elsewhere. I had this problem watching Yesterday and Aladdin (2019) recently. I’m mildly embarrassed on the actors behalf. It’s like I’m supposed to give them credit upfront when they’ve done nothing themselves to earn it. Have you seen Across the Universe recently? Does it hold up?

Rob: I have not, and this is another one I barely remember. I think I saw this one because one of our friends was a Beatles fanatic. I am not, unfortunately, so I’m not sure when I’ll make time for it. Let us know how it holds up in the comments!

My next pick is David Fincher’s Zodiac, which I saw at 10:30 PM on March 3 at the AMC Marple 10. Seriously, how is it possible that I STARTED a movie like Zodiac at 10:30? Gods, I was strong then. Anyway, It’s not going to shock anyone if I name Zodiac one of the best films of the 21st century (one film magazine in particular famously did that just last year), but one thing I noticed in rewatching The Social Network is how comfortable Fincher seems to be with the “non-ending” ending, a necessity in the case of both films. Both have a tense beat near the end (Gyllenhaal in the basement in Zodiac, Timberlake arrested for drugs in The Social Network), but neither really has a traditionally dramatic “ending.” They both end on expository text against black, and yet we still feel incredible catharsis. It’s kind of amazing how that works in some stories, but not others.

Adam: Zodiac is, to me, the second best movie of the 2000s so far after Mulholland Drive. I was blown away when I saw it in theaters and have been even more impressed by it on subsequent viewings. It works so well in multiple subgenres: journalist movie, detective movie, serial killer movie, period piece, etc. Personally, the cathartic moment in Zodiac is when Jake Gyllenhaal stares down John Carroll Lynch at the end. It made me feel like the world was down for the count but got up off the canvas to fight another round. It’s a great, great movie, even at 10:30 PM!

Rob: Agreed on the cathartic moment. To stick with the Social Network parallels, I’d say a similar moment in that film comes when Zuckerberg decides to “friend” Erica Albright. 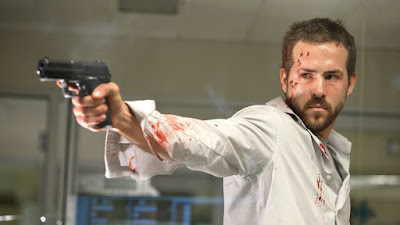 Adam: 12:30 AM? Now that’s late! Smokin’ Aces is a pretty dope midnight movie, though. It remains my favorite Joe Carnahan film (The Grey is a close second). I wish he was given the opportunity to make more movies. He’s a great meat-and-potatoes filmmaker. I remember Smokin’ Aces being panned in its initial release, which never made sense to me. It’s a prime Heavy Action classic. I guess critics were let down that the man behind Narc wasn’t only interesting in making serious dramas (?) Fun story about Smokin’ Aces. I saw it on a night when I had the worst hiccups of my entire life. It was so distracting that my mild-mannered cousin at one point told me that if I didn’t stop hiccuping he was going to kill me. At one point, I tried to hiccup with my mouth closed to not be a nuisance, but all that did was charge my torso like I was being shocked by defibrillator paddles.

Rob: I remember coming out of the theater thinking that Smokin’ Aces was The New Cinema. It was so cool. My boy Affleck rocked it. A friend of mine was asking me about Snatch the other day (he’s never seen it), and I might pair the two.

My last pick is Wes Anderson’s The Darjeeling Limited, which I saw at 9:15 PM on October 14th at the Ritz East (where you and I saw Wind River!). While I’ve always been a strong advocate for The Life Aquatic with Steve Zissou (a film usually ranked near the bottom of Anderson’s filmography), I just cannot seem to get myself wherever The Darjeeling Limited wants me to go (no pun intended). It’s a soulful film with a strong authorial stamp and familiar Andersonian themes, but it’s just...too much. It’s bloated and inscrutable; it plods along defiantly, as if Anderson had already lost interest in earning his audience’s attention. It’s maybe the strongest example of the naval gazing that his detractors are always accusing him of succumbing to. I can’t write it off entirely, though, because the chemistry between the brothers (Adrien Brody, Owen Wilson, and Jason Schwartzman) is so textured and real. I just wish there was a little more to latch onto. 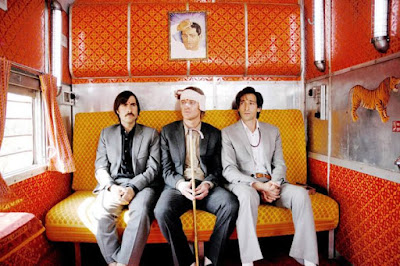 Adam: I didn’t see this one in its initial run. I think I ended up watching it after Wes Anderson finally clicked for me back in 2009/2010. I agree that Darjeeling Limited is very impressed with itself and mostly for his apologists, of which I’m not a member. I’ve grown to appreciate most Wes Anderson films over the years (my favorites are his run of Fantastic Mr. Fox, Moonrise Kingdom, and The Grand Budapest Hotel), but his early stuff leaves me oddly cold. The Darjeeling Limited, Bottle Rocket, and Isle of Dogs are the three of his I don’t see myself going back to where I would with Rushmore, The Royal Tenenbaums, and The Life Aquatic, even though they don’t entirely connect with me for some reason.

Rob: What are some of your favorites from 2007? Let us know in the comments. What are we discussing next time, Adam?

Adam: We’ll be back with out May discoveries. Until next time…