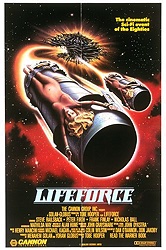 June 15: Sci-fi! - Lifeforce (1985, dir. Tobe Hooper) No, it's not original. No, it's not a surprise. But at least I get to recommend a Tobe Hooper movie this Junesploitation, and one of my favorites, no less. (Watch free with ads on Vudu) 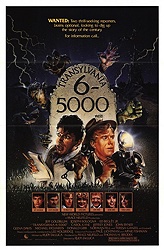 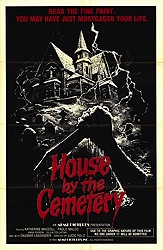 June 17: Fulci! - The House by the Cemetery (1981, dir. Lucio Fulci) I probably recommended this one for Fulci day last year, too, because its the movie of his I still feel like is one of the most underrated. It ought to be mentioned in the same sentences as Zombie and City of the Living Dead. Yes, I know, Bob rubs some people the wrong way. Let go of your hate. Give in to the charms of Bob.(Watch on Shudder) 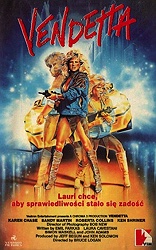 June 18: Prison! - Vendetta (1986, dir. Bruce Logan) Karen Chase plays a successful stuntwoman who has herself sentenced to prison so she can investigate her sister's death. About as trashy and sleazy as any other women-in-prison film from this period, which is exactly what you want this month. (Watch free on Shout! Factory TV) 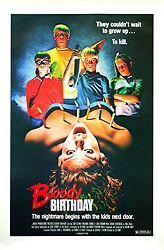 June 19: Kids! - Bloody Birthday (1981, dir. Ed Hunt) This is a very loose category, so many of you maybe watching movies starring kids or movies targeted at young audiences. Those are both fine! In the spirit of Junesploitation, however, I'm recommending a terrific little killer kid movie about some evil children all born during the same solar eclipse. Look for a young Michael Dudikoff and future MTV star Julie Brown in small roles. (Watch on Shudder) 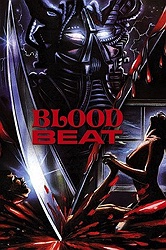 June 20: Vinegar Syndrome! - Blood Beat (1981, dir. Fabrice A. Zaphiratos) I didn't include a "regional horror" category this year (I considered it), though this would make a great entry if I had. It's a French-directed, Christmas-set samurai horror movie shot in Wisconsin. It's a little slow and a lot clunky, but I've never seen another movie like it. God bless Vinegar Syndrome for digging up movies like this and giving them impeccable treatments. (Watch on Amazon Prime Video) 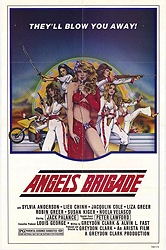 June 21: Greydon Clark! - Angels Revenge (1979, dir. Greydon Clark) Amazon Prime has a whole bunch of Greydon Clark movies, including Wacko!, Uninvited, The Return, Dark Future, The Bad Bunch, and Joysticks, and you can't go wrong with any of them. I'm recommending Angels Revenge, his PG-rated Charlie's Angels rip-off about a team of female vigilantes who take on a drug lord played by Jack Palance. It's the kind of movie Quentin Tarantino was referencing with Fox Force Five. It's a ton of fun. (Watch on Amazon Prime Video)
Posted by Patrick Bromley at 5:00 AM