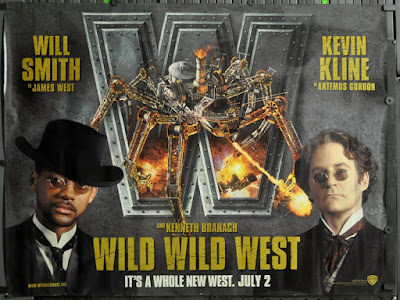 Lost their damn minds in the west.

I’ll start my retrospective on Wild Wild West by answering the question that’s probably on your mind. Yes, it’s still really bad. Coming off the huge success of 1997’s Men in Black, director Barry Sonnenfeld and star Will Smith re-teamed for another buddy action-comedy that shit the bed so much its stars, director, and even the studio gave up on the production before the film was even released. Wild Wild West is one of those projects where hubris joined lack of passion to produce a movie designed to satisfy no one. Who is Wild Wild West for? Not Western fans, since Wild Wild West thinks Westerns are boring. Why else would it need non-stop visual effects and “hip” humor? Not fans of the television show on which the film is based. Robert Conrad, the TV version of the character Will Smith plays in the film, hated it so much he refused to cameo and accepted the film’s Razzie Awards to shade it. Not fans of Will Smith, who is subject to constant overt racism in the film because the screenplay totally lost its moral compass and thinks these exchanges are hilarious. I’d feel worse for Will Smith in the film if his performance wasn’t one step past charismatic and tipping its toe in the pool of lazy smugness. 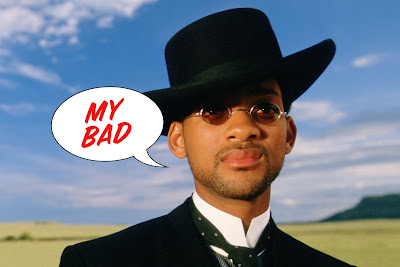 It’s almost stunning how little the cast of the film connect to one another. We have scene after scene of Will Smith trading barbs with co-star Kevin Kline, but it’s just two actors talking at one another and not connecting to each other. Salma Hayek is completely wasted; despite having good comedic timing herself, she’s not allowed to be funny more than once or twice. The movie demands she’s put in her place as the damsel in distress while the male leads have all the “fun.” Don’t even get me started, either, on Kenneth Branagh as the comically evil villain. This is one of those performances so committed, annoying, and bad that only a superlative talent could give it. Every moment he’s in the film are audio-visual fingernails on a chalkboard. Even worse is the 1999 visual effects, where physical locations and backgrounds are often replaced by green screen that make the actors in the foreground look like action figures in front of a poster board. How hard is it to shoot outside? Apparently, it’s agonizing. 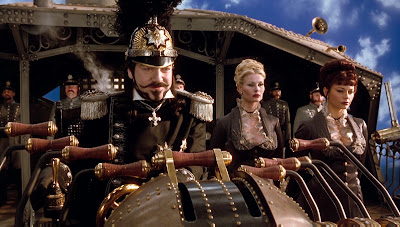 Will Smith has humorously (I mean that part sincerely) gone on record about what a bad idea it was for him to sign on for Wild Wild West. First, he passed on the role of Neo in The Matrix to take this movie because he thought it was a sure-thing as a blockbuster and would keep his train rolling as the biggest star in Hollywood during the late 1990s. Second, he said how bad he felt after the film’s 4th of July 1999 opening weekend when he saw it grossed a strong $50M+ and he knew that the movie was complete trash. Before Wild Wild West, Will Smith could do no wrong. After, he continued into the 2000s with more bombs and bad films than hits and good ones. Smith was offered redemption of sort in the Western genre when he was asked to play the Jamie Foxx role in Django Unchained, which he turned down because he would’ve been a co-lead and didn’t get to kill the bad guy. In other words, Will Smith deserves Wild Wild West despite his mea culpa after the film’s release. How do you say no to Quentin Tarantino, especially when you’re in need of a hit? That shit’s crazy and all I can say is I’m happy Keanu Reeves and Jamie Foxx had the good sense to reap those rewards. I’m still a fan of Will Smith (I don’t know why), but he’s his own worst enemy when it comes to his filmography. This is why I bag on people like Dwayne Johnson so much. They could get anything made but they either have awful taste, no respect for their audience, or both. Ugh! 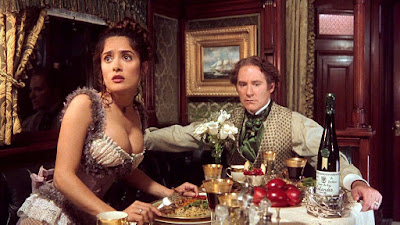 So now that I’ve slammed Wild Wild West (which everyone already has), is there anything I can say in its defense? Umm… (I’m honestly taking a beat to think about it) …no. There isn’t one thing I will defend about this movie. I’ll admit that I had an enormous interest in revisiting the film when I saw it was “celebrating” its 20th anniversary this month because I saw it opening night, hated it, and then never gave it another thought let alone another look. Re-watching it was a bad idea. This is a movie that could have easily come out in 2019 because it’s such a worthless blockbuster. Patrick and I are doing a series on 1999 in Film for the podcast this year and it’s almost staggering the gulf in quality and care between something like The Mummy (1999) to Wild Wild West. This has to be the worst movie of that famously great year in film.

Scratch that…I do have one thing nice to say about Wild Wild West. The soundtrack is okay.
Posted by Patrick Bromley at 12:00 PM