Or: Streaming Stories to Watch in the Dark. 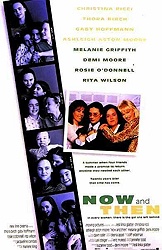 Now and Then (1995, dir. Lesli Linka Glatter) Four young girls navigate coming of age in the summer of 1970, intercut with the same group of friends reuniting as adults (and played by movie stars, because that's how you get this movie a green light). Lexy Van Dyke and I wrote about this movie a while back where we discussed it alongside Stand By Me, its clearest point of comparison. I have always been a fan of it despite not being its target audience, probably because I am a 12-year old girl at heart. It's a real Julie & Julia situation, because I still maintain the movie would be much stronger with all the adult movie star stuff cut out. Just let it be a period drama about these four kids. That's where Now and Then works. (Watch on Netflix) 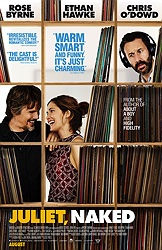 Juliet, Naked (2018, dir. Jesse Peretz) A really solid romantic comedy with two great performances from Rose Byrne and an especially rumpled Ethan Hawke. What starts out as another of Nick Hornby's examinations of a specific type of male obsessive (in this case it's Chris O'Dowd's love of the recording artist played by Hawke) gives way to something charming and light as Hawke and Byrne get to know one another. Good romcoms are so hard to come by nowadays that it would be a shame to miss one when it does. (Watch on Hulu) 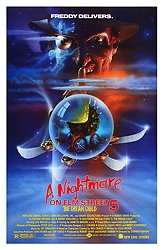 A Nightmare on Elm Street 5: The Dream Child (1989, dir. Stephen Hopkins) I'm basically including this for me and Adam Riske, the only two fans of this movie I know of. Yes, it's a mess. Yes, the comic book guy is lame. But there's some incredible gothic imagery and an attempt to be weird that goes beyond the formula that established in 3 and repeated in 4. Watch Never Sleep Again before you watch this one and you'll appreciate it even more knowing what the filmmakers were up against. Hopkins bump! (Watch on Shudder) 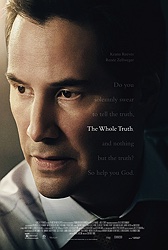 The Whole Truth (2016, dir. Courtney Hunt) I'm a sucker for courtroom dramas and I'm a sucker for Keanu Reeves, so I'm a sucker for The Whole Truth, the feature film follow-up to Frozen River from director Courtney Hunt. It's not as good as Frozen River. In fact, I'm not even sure it's good at all, but it's super watchable and compelling and twisty. Keanu plays a defense attorney attempting to exonerate a teenage boy for murdering his father. The father is played by Jim Belushi, so we all kind of get it. Just kidding! I don't hate Jim Belushi and I don't really get why we're all supposed to. I like this movie despite myself. (Watch free with ads on Vudu) 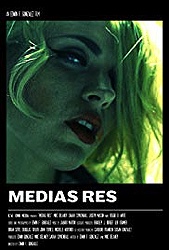 Medias Res (2019, dir. Edwin F. Gonzalez) Did you guys hear Mike Delaney made a movie? And that it's good? And that it's on Amazon Prime Video? All of these things are true. Like coming of age movies and romantic comedies and courtroom dramas, I like neo-noir films about regular people in over their heads when it comes to crime. This is that kind of movie. Watch it this weekend and support true indie cinema. (Watch on Amazon Prime Video)
Posted by Patrick Bromley at 5:00 AM

Email ThisBlogThis!Share to TwitterShare to FacebookShare to Pinterest
Labels: a nightmare on elm street 5, i stream you stream, juliet naked, keanu reeves, medias res, nick hornby, now and then, the whole truth