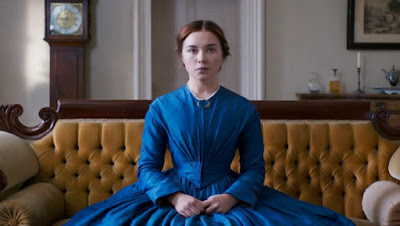 The review duo who are biding their time until Scary Movie Month.

Rob: Our monthly discoveries series continues into July, which proved to be a more successful month for me than the few before it. Be sure to add your discoveries in the comments!

My first pick is Jonathan Levine’s Long Shot, the 2019 Charlize Theron/Seth Rogen comedy that I watched on your recommendation (and that of essentially everyone who’s seen it). I thought it was really spectacular for a mainstream comedy. Hell, for any comedy. Theron and Rogen’s chemistry (as US Secretary of State and drug-addled speechwriter, respectively) was genuine, it avoided easy cliches when possible, and it kept the improv disciplined and effective. I love getting about twenty-five minutes into something and realizing, “Oh, wait. This is an actual movie!” Long Shot is a great example of that. My only real issue was the ending, which got a little goofy for a story that had mostly kept at least one foot in tangible reality. But hell, they earned their fun. Long Shot also confirmed that Charlize Theron is near the top of my list of favorite actors. I know this isn’t news to anyone, but her charisma, intensity, range, and enthusiasm make everything better. She’s very rarely cashing a paycheck; she knows how to pick roles that will give her a new shade to explore. She’s an absolute treasure. 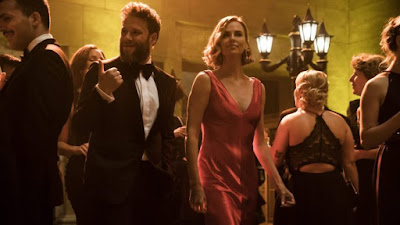 Adam: I agree with you completely on the movie and Charlize Theron. She’s incredible.

My first pick is Crawl. It’s exactly what you think it will be, but that’s not a bad thing when you expected a tense animals-attack movie from Alexandre Aja. The movie caught me by surprise only in the sense that it’s less gory than Aja’s previous films and instead more built around suspense. It’s essentially a two-character piece starring Kaya Scodelario and Barry Pepper (playing a daughter & father caught in a hurricane while warding off hungry alligators) and they give you just enough backstory to make them sympathetic protagonists. I give the actors a lot of credit. It looks grueling, with most of the runtime consisting of them being wet, dirty and scared. Crawl is perfect summer horror. 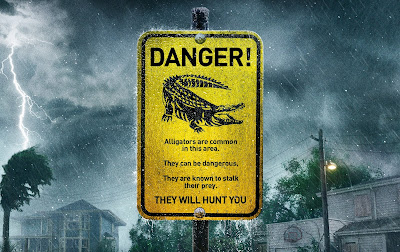 Rob: That’s a Redbox pick up for me, for sure. My next pick is Deadwood, the film based on David Milch’s HBO series of the same name. Set ten years later, the film shows Deadwood’s evolution from a lawless frontier camp to a wealthy mining capital in the newly-minted state of South Dakota. Favorite series characters return, including Timothy Olyphant’s Sheriff Bullock, Brad Dourif’s Doc Cochran, Robin Weigert’s Calamity Jane, and Ian McShane’s magnificent bastard, Al Swearengen. Having only recently seen the series for the first time, I was excited for the film to wrap up loose ends and explore new horizons. Trouble is, it doesn’t really do that. I would recommend it to any fan of the series, of course, but it’s another season, not a grand ending. Most of the characters continue along their arcs without resolution or significant thematic landing. There isn’t much commentary on what’s past or how things have changed. Things are more or less the same. Which, you know, is great! I love the series and I love these characters. I’d hang out with them all day long. But rather than closing the book on Deadwood entirely, the film just made me want more.

Adam: I haven’t seen Deadwood unfortunately, which is surprising because I like Westerns and Powers Boothe.

My next pick is an indie drama from earlier this year called Little Woods, starring Tessa Thompson, Lily James and James Badge Dale, written and directed by Nia DaCosta. It’s about two sisters: one who constantly needs saving (James) and another with a dark past trying to go straight (Thompson). They get into a jam and the Thompson character has to go back to dealing Oxycontin in order to pay for the James character’s unwanted pregnancy. It’s a well-acted, tense drama with compelling characters. I liked Little Woods even more because it reminded me of independent films I used to watch around 2006-2010 (often at the Music Box Theatre) that weren’t going for awards, but were smaller stories without much fanfare. 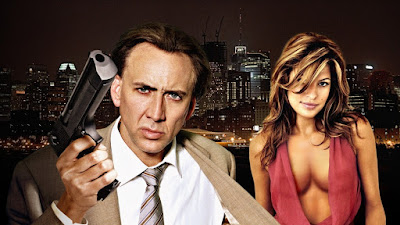 Rob: You had me at Tessa Thompson and Lily James. My last pick is Werner Herzog’s Bad Lieutenant: Port of Call New Orleans, the 2009 thriller starring Nicolas Cage as A Cop On The Edge. This was a Big Lots blind-buy that I completely forgot was on my shelf, and boy am I glad I finally caught up with it. Related in spirit — and only in spirit — to Abel Ferrara’s Bad Lieutenant (1992), it explores a New Orleans detective’s descent into drug addiction and misanthropy as he searches for clues to a brutal murder. This film is flat-out irresponsible. It’s nasty and angry and weird, not in that Harmony Korine “look how nasty and angry and weird I am” way, but in that elegant “let’s get in tight on those iguanas on the table and make everyone deal with it” Werner Herzog way. It’s a brutal analysis of everything from post-Hurricane Katrina chaos to catastrophic existential misery. It’s a good fucking time. To quote from Roger Ebert’s four-star review: “[Cage] is a fearless actor. He doesn’t care if you think he goes over the top. If a film calls for it, he will crawl to the top hand over hand with bleeding fingernails...He and Herzog were born to work together. They are both made restless by caution.” You can say that again.

Adam: I’d like to rewatch Bad Lieutenant: Port of Call New Orleans. I saw it in theaters and was expecting something weird, but not that weird. I wasn’t ready for it. I remember the ending being pretty (darkly) hilarious.

My last pick for the month is Lady Macbeth, a 2016 costume drama starring Florence Pugh. 2019 will be remembered, if for nothing else, as the year you and I became Florence Pugh superfans between Fighting with My Family, Midsommar, and her indie-breakout performance in Lady Macbeth. She’s an incredible actress with great range and carries this film entirely, balancing the tone between immersive historical drama and dark comedy similar to The Favourite before getting real dark. The character, Lady Macbeth, gives zero f**ks and it’s exciting to see a movie that goes for broke like this one does even though the title character is deplorable (I want her to date Leonardo DiCaprio in The Wolf of Wall Street). There’s so many scenes in Lady Macbeth that work, but the one I’ll remember most is Lady Macbeth (Pugh) openly having an affair and when her dirtbag husband confronts about it, she takes her lover out of the hall and starts to have sex with him in front of her husband while dead-eyed staring at his face. It’s The War of the Roses-level pettiness.

Rob: I also watched Lady Macbeth on your recommendation, and I thought it was a spectacular showcase for Florence Pugh. She’s such a layered and interesting villain in that one. I loved the sense of dread she instills in us. I won’t get into specifics, but the scene in which she reacts to the poisoning of a major character is an all-timer. 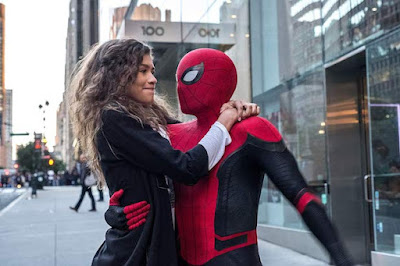 Adam: Besides those films, I also want to recommend Medias Res, a solid crime thriller from our own Mike Delaney; Spider-Man: Far From Home, which I liked more than Spider-Man: Homecoming because it felt Rami-ish; Midsommar, which is fantastic; the surprisingly sweet and tween-friendly Annabelle Comes Home; the entertaining dark comedy The Art of Self-Defense, and (of course) Once Upon a Time in Hollywood, which I love and can’t stop watching.

Rob: He’s not joking. By the time this column runs, he’ll probably be on his sixth or seventh viewing. I’m so jealous. Anyway, I also saw and enjoyed Spider-Man: Far From Home, but anyone else find it unsettling to see an actor in a motion capture suit within the reality of the movie, and not just in behind-the-scenes footage? That was trippy. Other honorable mentions include Shazam! (so very close to being very good), a second viewing of Midsommar (liked it even more the second time), and Bat*21, a Peter Markle Vietnam War drama starring Gene Hackman as an officer stuck behind enemy lines and Danny Glover as the pilot tasked with his rescue. It’s basically the middle part of Die Hard for two hours, but it’s not bad.

Next week, we’ll be covering The Art of Racing in the Rain, or as we’ve come to call it: Costner Dog. Until next time…