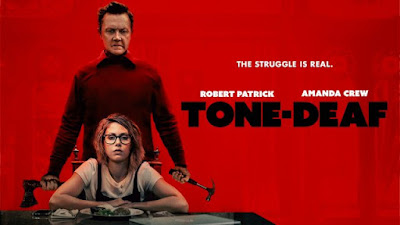 The generation gap by way of Ricky Bates.

Ricky Bates Jr. is one of the most unique and interesting voices making horror movies these days, probably because he's not really making horror movies. Excision, sure, was horror, but Suburban Gothic was much more of a comedy and Trash Fire was...well, I don't know what the fuck Trash Fire is. I mean that in the best way possible. His work is difficult to categorize because it transcends singular genre categorization, radically shifts tones, and almost always refuses to compromise and give audiences what they think they want from a movie. I'm a huge fan of all of his past films, but even if I wasn't I know I would always be curious to see what he's going to do next. He's too original and exciting to ever ignore. 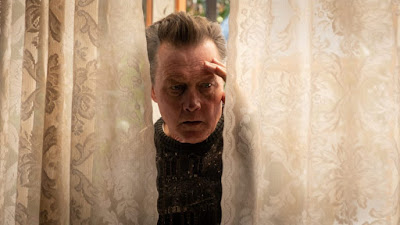 His latest film, Tone-Deaf, is less inward-looking than his previous efforts and engages more with what Bates sees happening in the world around him. It's a scathing critique of both millennials and Baby Boomers -- characters literally turn to the camera and say as much -- as well as a how of frustration for the divisions that exist in our country right now: political, cultural, generational, etc. It's a movie sure to frustrate as many viewers as it spellbinds, which is exactly what makes Ricky Bates so rad.

Amanda Crew stars as Olive, a twentysomething hipster who's recently lost her job and her boyfriend in the span of about a day. Looking to get away from it all, Olive takes the advice of her hippie mother (Kim Delaney) and gets out of the city for a few days, renting a house from Harvey, a widower played by the great Robert Patrick. Unfortunately, he's come to the realization of late that he's experienced everything in life except knowing what it's like to kill someone, sending him on a murderous rampage, with the girl occupying his house as the main target. 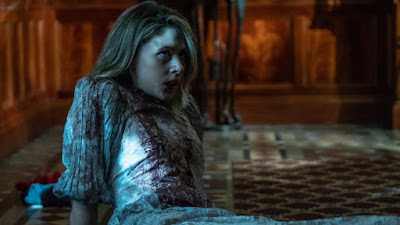 For fans of Ricky Bates, Tone-Deaf plays like a crystallization of everything he's done to this point: there are gorgeous, surreal fantasy sequences right out of Excision, the twentysomething comic malaise of Suburban Gothic, the drastic tonal shifts of Trash Fire. What it adds is a healthy dose of cultural commentary, skewering both the right and the left and their inability to so much as communicate with one another. Olive and Harvey represent opposing sides of our current culture war, each insistent on their own superiority and righteousness. Even the title, Tone-Deaf, is both a joke at the expense of millennials (Olive is a terrible pianist but no one wants to tell her for fear of hurting her feelings) and a reference to either side's inability to hear the other clearly. 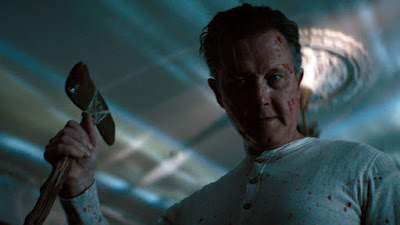 Taught, nightmarish, and totally bold, Tone-Deaf  is a singular horror film that works as both a quasi-slasher and as satire. It gives both Amanda Crew and Robert Patrick the best parts they've been given in quite some time, with both actors clearly relishing the opportunity to go for broke and indulge in the screenplay's many eccentricities. Best of all, it's even more proof of just how exciting a voice we horror fans are lucky enough to have in Ricky Bates Jr. There's no one else making movies quite like him. I wouldn't have it any other way.

Tone-Deaf is available in limited release and on VOD platforms beginning today.