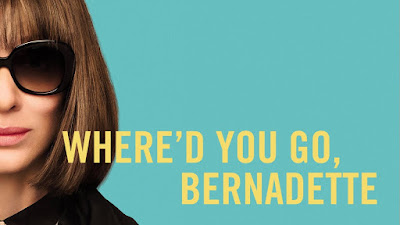 In which Cate Blanchett is lost and found.

Richard Linklater’s latest film is one of his glossier efforts, a well-staged family comedy with a Sundance edge. Based on the 2012 novel by Maria Semple, Where’d You Go, Bernadette stars Cate Blanchett as Bernadette Fox, an architecture prodigy-turned-Seattle homemaker whose prickly demeanor and chaotic agoraphobia have alienated her from other neighborhood moms (namely Kristen Wiig as PTA booster Audrey) and created tension with her tech genius husband, Elgie (Billy Crudup). The temperamental Bernadette’s closest ally is her daughter, Bee (Emma Nelson, spectacular in her first major film role). Bee’s a good egg — smart, intuitive, and sympathetic to her mother’s eccentricities. As Bernadette bounces restlessly between prescription medications and drifts further and further from reality, Bee resolves to help her mother find new purpose in her future by confronting the greatest failures of her past. 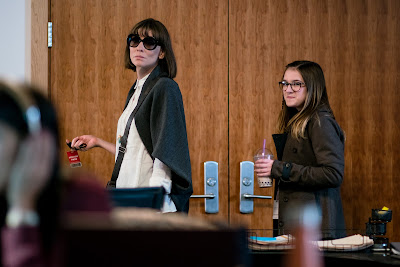 That’s one angle on it, anyway. Another casts Where’d You Go, Bernadette as the desperate Elgie’s last-ditch effort to stop his wife’s mental decay before she does permanent damage to herself and those she loves. Far from the innovative genius of her twenties, Bernadette has allowed her considerable intellect to erode into cynicism and spitefulness. Elgie works long hours, sure, but Bernadette’s behavior feels like more than just attention seeking. He hardly recognizes the woman he finds passed out in a pharmacy (where she sought Haldol to deal with motion sickness) and who inadvertently gave her personal information to Russian crime bosses because she’d rather talk to a computer than interact with a person. With nowhere else to turn, Elgie employs the help of psychiatrist Dr. Kurtz (Judy Greer, wasted as always) to host an intervention that will heal his fractured family and bring solace to the woman whose epic visions once led him to dub her “Saint Bernadette.”

No matter how you spin it, Where’d You Go, Bernadette is Cate Blanchett’s show. Linklater gives his star all the room she needs to make sense of Bernadette’s compulsions, to let us see the interior logic in what others see as madness. A large part of Blanchett’s dialogue is with the voice dictation on her iPhone — emailing Amazon orders and day-to-day frustrations to her virtual assistant — which allows her the comfort of isolation and contrasts nicely with Elgie’s development of Samantha 2, a super-computer in patch form that can literally read minds. The irony being, of course, that he can’t read that of his own wife. Crudup plays the Well-Meaning But Obtuse Husband part well; his variety of pouty faces are world-class. Blanchett is in irascible Blue Jasmine mode, for the most part, but her revealing conversation with an old architecture colleague (Laurence Fishburne) and her stolen moments of joy with Bee (a duet to Cyndi Lauper’s “Time After Time” stands out) betray significant cracks in her emotional walls. 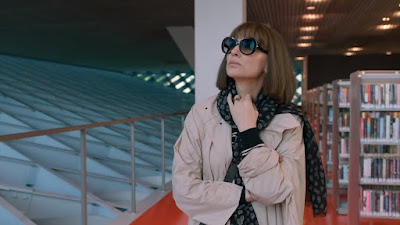 Even would-be stereotypes like Audrey get a bit of texture. Her arrogance and lust for the perfect neighborhood (and constant frustration with Bernadette’s inability to conform) stem from a deep insecurity about her own capabilities as a mother. She’s a lot like Bernadette, in reality — a creative force with nowhere to aim her efforts. That’s where Where’d You Go, Bernadette really sings: confronting the destructive power of an unfocused artistic temperament. Bernadette’s depression, anxiety, and self-loathing are real, tangible forces that create rifts between her and the world around her. That’s undeniable. But the more important rifts are interior; they’re between unbridled genius and a mind trying to keep it in check through banality and routine. That’s why Bernadette heads south — very south — somewhere so far outside the box that she has the space to roam without restriction. Where’d You Go, Bernadette is less interested in exploring Bernadette’s actual mental illness than might be expected in 2019, but its treatment plan is far from reductive. She simply needs to get lost so that she can find herself again. 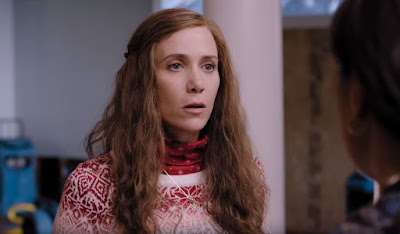 There are structural issues to address and nits to pick here and there (the search for Bernadette that makes up most of the third act is less interesting than what comes before), but there are clean thematic through lines that keep the film entertaining and focused on its larger goals. It’s heartening to see Elgie admit the limitations of his Microsoft swagger in the face of Bernadette’s dysfunction without blaming her or diminishing her stature. Bee’s unending defense of her mother’s integrity is rooted in her study of science and nature rather than naive, juvenile emotion. She talks in terms of weather patterns, of mating rituals. The natural ebb and flow of our global ecosystems. To her, Bernadette’s quirks aren’t aberrations. They’re a natural byproduct of knowledge and passion trying to work in harmony. They’re necessary adjustments and recalibrations. They’re a search for balance. Where’d You Go, Bernadette may not have the answers to life’s great questions, but it certainly celebrates those willing to ask them.
Posted by Patrick Bromley at 5:00 AM