'90s Fall Movies I Thought Would Be Huge But Weren't 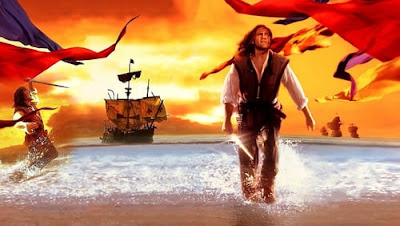 Sometimes you can even fool the guy who gets everything right.

Funny About Love (1990) – In the wake of 1989’s Look Who’s Talking phenomenon, 8-year-old me was convinced America had baby fever and any comedy with babies was going to be enormous. It didn’t hurt that Gene Wilder’s character in Funny About Love had a funny name (Duffy Bergman – he’s a cartoonist!) and the movie was directed by Leonard Nimoy. That alone would ensure all the Trekkers would go. I was wrong. Funny About Love opened at a weak #5 with only $3.0M and finished its run at $8.1M. Even sadder was I saw this in theaters…on vacation…at Disney World…and it was my turn to pick a movie. Looking back, kid me didn’t have much to choose from but it’s hard not to think about how the movie theater on the Disney property (AMC Pleasure Island 10) was also playing Goodfellas in its first-run the same day. I wouldn’t have been able to have seen it then but…. I mean, I could have been at Disney World and not seeing Funny About Love, too. Sigh. 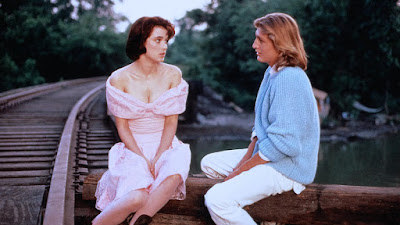 Welcome Home Roxy Carmichael (1990) – I’m sure I’m not the only one who thought Winona Ryder was playing a character named Roxy Carmichael in this movie. She’s not! She plays a girl named Dinky Bossetti (oh, 1990 with the character names). I thought this movie would be big because Ryder was a rising star at the time and it co-starred Jeff Daniels (who I thought was hot off Arachnophobia) and the dude who looks like Sean Penn that’s the older brother in Honey, I Shrunk the Kids. I mean, who doesn’t want to go to a movie to see that guy? I was wrong again. It debuted at #9 with $1.8M on its way to only $4.0M. I have a memory of the night this movie opened, and I was at a Fun Fair at my elementary school and hoping the raffle had Welcome Home Roxy Carmichael merch (a cassette of the soundtrack, a poster, etc.) as one of the prizes. They didn’t, so calling it a Fun Fair was misleading.

McBain (1991) – This one tricked a lot of kids my age because we thought it was a movie based on The Simpsons character McBain played on the show-within-a-show by international action sensation Rainier Wolfcastle. I was only aware of McBain (an action film starring Christopher Walken, Michael Ironside, Maria Conchita Alonso, and Steve James) because I saw a review of it on Siskel & Ebert. I thought at the time that it was a silly idea to name a movie after a joke character on The Simpsons, but if it took naming their character McBain to draw The Simpsons faithful, then more power to them. It didn’t. The movie was barely released and disappeared, grossing less than $500K domestically. I just watched the trailer for the first time. It looks fun. I might give it a shot next Junesploitation. 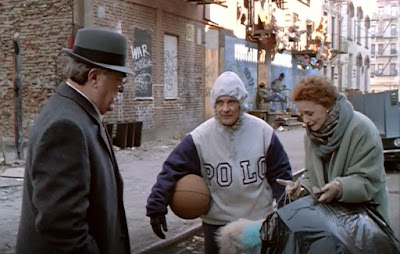 The Super (1991) – Joe Pesci was due for his leading man moment when The Super opened in October 1991 coming off awards and box office success with Lethal Weapon 2, Goodfellas, and Home Alone. Too bad it was leading a slumlord comedy. To be fair, I liked this movie back in ’92 (it was on cable a bunch) and thought it was going to be a box office hit based on not only Pesci’s cred but because it had scenes of him playing basketball and he’s short and that’s the joke because he’s so short and how can he play basketball? That was not enough of an intriguing hook to domestic moviegoers, as The Super opened at #5 with $3.7M and finished its run at $11.0M. If 10x more people saw The Super do you think we’d all be walking around going “Gimme the rent!” I think we still would.

1492: Conquest of Paradise (1992) – Have you ever seen the teaser trailer for this movie? It’s super weird, but also will convince you that this Ridley Scott film (don’t call it a movie) starring Gerard Depardieu (from Green Card!) as Christopher Columbus (from history!) opening on the 500th anniversary of the Columbus voyage to the New World will be the biggest movie ever made and re-define cinema. It didn’t. It bombed opening at #7 with only $3.0M, for a total of $7.2M. You know what was #1 that weekend? – the incredible Under Siege. Rumor has it the people who were at the actual events in 1492 decided to see Under Siege as well. How embarrassing for Ridley Scott. Also embarrassing, 1492 was the second released of two competing Christopher Columbus movies that year and was outgrossed by August ‘92’s Christopher Columbus: The Discovery, which finished with $8.3M. So, if that didn’t come out, could 1492 have made $15.5M? That’s a question for historians. 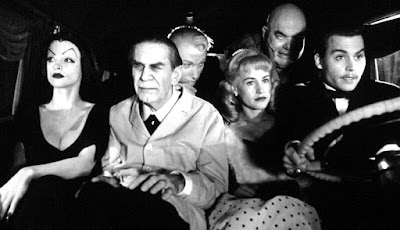 Ed Wood (1994) – Here’s the one that just breaks my heart. I’m guessing Tim Burton knew Ed Wood would have limited mainstream appeal, but Touchstone Pictures put their marketing muscle behind it because Burton was hot, and they likely believed in the movie. I even remember they did midnight sneak preview for Ed Wood when it was released. It’s a perfect movie. I love it to this day. Sadly, like other 1994 films that later became classics (The Shawshank Redemption was another one), Ed Wood did very little business in theaters, grossing only $1.9M, opening at #9 in its first wide-release weekend and finishing with only $5.9M. Promise me to watch Ed Wood if by any chance you’re reading this and haven’t seen it.

Squanto: A Warrior’s Tale (1994) – I remember seeing the trailer for Squanto before another movie and thinking Disney live-action had a hit on their hands. They must have been excited about it because they revealed the title one letter at a time. Squanto was going to become iconic. Plus, who better to launch IP than Walt Disney Pictures? So, what went wrong? My guess is that a film starring Adam Beach can’t open in October because it’s no longer Beach Season. Savvier Disney marketing men would have known that. Squanto opened in late October against Stargate and crashed in 14th place with only $1.1M on its way to a final gross of $3.3M. 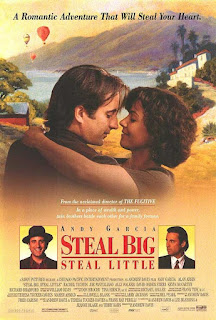 Steal Big, Steal Little (1995) – Two reasons and two reasons only I thought this movie was going to sizzle at the box office. First, this was director Andrew Davis’ next movie coming off the runaway success (see what I did there) of The Fugitive (SBSL had to have been a “Blank Check” movie) and second, omg that poster! It looks like fucking Gone with the Wind. How could anyone not stop dead in their tracks in a movie theater lobby and say “I know what we’re doing September 29” to their partner? Apparently, they didn’t have enough posters because Steal Big, Steal Little (budgeted at $35M, holy shit) opened with $1.8M in eighth place at the weekend box office and finished with $3.2M.

Strange Days (1995) – Everything about this movie seemed muscular: a robust $42M budget, a bulky 145-minute runtime, directed by Kathryn Bigelow, about the future (circa New Year’s 1999-2000), virtual reality, rock music, scary supporting actors like Juliette Lewis, Michael Wincott, and Tom Sizemore, and a rip-roaring trailer. But it didn’t catch for some reason. Admittedly, I’m lukewarm on the movie myself but this seemed poised to be a big high-concept hit in October 1995. I guess the writing was on the wall, since just a couple months earlier another tech thriller, Virtuosity, came and went and that had Denzel Washington in his prime box-office years. Strange Days was a huge bomb grossing $3.7M and opening at #8 its opening weekend in wide release on its way to a final gross of only $8.0M. It made less than Jade and The Scarlett Letter. Go ask your parents about the night they called a babysitter for you and went to see Jade. Then follow-up and ask them why they didn’t see Strange Days instead and leave a comment. They might be aloof at first, but keep asking them until they answer you. If you’re completely stuck, just say “What else are you hiding?” 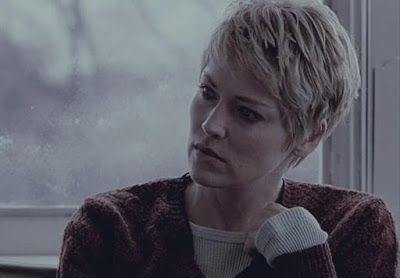 The Mighty (1998) – This movie has haunted me for 21 years. Based on awards buzz (it was from Miramax) and the fact it looked Simon Birch-level earnest, I was convinced that The Mighty (based on a book called Freak the Mighty) was going to sweep the Academy Awards and this was Sharon Stone’s year. Like, roll out the red carpet, throw rose petals, and hand her an Oscar. The headlines in the trades after the Oscars would read “Sharon the Mighty!” That’s not why this movie has haunted me, though. It’s because at some point I heard the phrase “Freak the Mighty” and it stuck in my head so much so that if you’ve had a conversation with me since 1998, there’s a 100% chance that I’ve not listened for a beat of our conversation because my inner voice said “Freak! The Mighty!” The Mighty was nominated for 2 Golden Globes and finished its run grossing $2.7M from only a semi-wide release. It didn’t rent well at Blockbuster either. Imagine being called The Mighty and not being mighty. It’s like being called The Cure (1995) and not being the cure.
Posted by Patrick Bromley at 5:00 AM