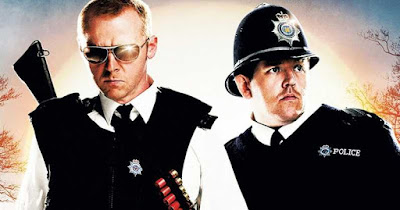 A look at some of my favorite DVD/Blu-ray extras. 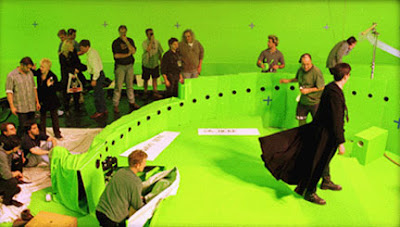 Remember when every action movie was doing bullet time? In light of all the imitation-turned-parody-turned-sequel-exaustion the Matrix series has endured, it’s important to remember that — along with Yuen Wu Ping’s extraordinary wire-based fight choreography — special effects designer John Gaeta’s work was flat-out revolutionary. What’s often dismissed as “exaggerated slow motion” is actually a form of time travel, a way to disconnect the camera from the subject and allow it to move independently through the space and time of the scene. Says Gaeta, “I can go forwards in motion with the camera and forwards in time with the event, but then I can also choose to stop the camera abruptly and start moving backwards against itself while the action continues to move forward. I can shoot the move coming from both sides of the same time, criss-crossing over and ending. I can shoot waves of film that criss-cross like waves over the middle.” It’s a great reminder of what we now take for granted. 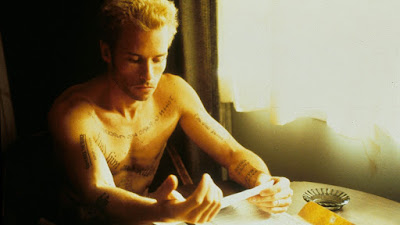 So, this one requires the 2-disc special edition Memento DVD set and the willingness to solve a goddamned Resident Evil-style menu puzzle, but if watching Christopher Nolan’s breakout mind-bender in chronological order is something you’re interested in, then this is the only (official) way to do it. I’m going to go ahead and admit that I don’t like this version of the film very much. I don’t like the Black & Chrome Fury Road or the Director’s Cut of Zodiac, either. I still don’t know which edit of Blade Runner is best (remind me to talk to Jan B. about this one). I’m just not an alternate cut kind of guy. Still, this one in particular is a fascinating experiment that, if anything, it only illustrates the brilliance of the film’s original sequencing. A story is more than the events that happen; the secret is getting us to care about them. This one is for Memento super-fans, only. 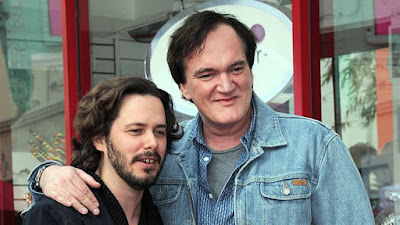 Want to hear two nerds talk about great movies while they watch a great movie? Quentin Tarantino joins Edgar Wright for a cult cinema love fest with occasional digressions about one of the best action movies ever made. Wright’s discs are always loaded with great bonus features (his “screenwriting flip chart” presentations with Simon Pegg are personal favorites), but it’s hard to recommend any single feature more than this one. What begins with a series of Michael Winner/Death Wish 3 references turns into a discussion of buddy cop story structure, Billie Whitelaw and Twisted Nerve, back to Michael Winner, Dracula A.D. 1972, chase scenes in Raising Arizona and Point Break, the Lethal Weapon 2 trailer, Tarantino’s Crimson Tide script polishes, unfilmed Kill Bill fight scenes, and porn parodies. It’s amazing to me that someone who talks as much as Tarantino never does commentary tracks, but he more than makes up for it here. Special commendation goes to Edgar Wright, who seems to understand when to let Tarantino geek out and when to get him back on track. 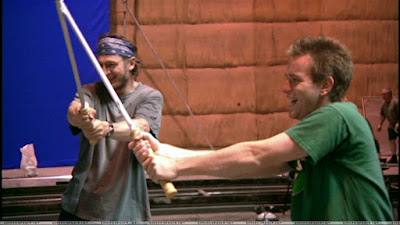 “I know this is going to work because it’s impossible,” says George Lucas in 1997. “I am doing my damndest to figure out how we even do a shot like this,” says ILM designer John Knoll. “This is cyber-directing,” says editor Ben Burtt. “The Beginning” is the story of making Star Wars: The Phantom Menace, a story bursting with ambition, frustration, wonder, misguided idealism, and the staggering vision that brought an impossible dream to life. Rewatching it now, it’s insane how candid the footage is: Crewmembers are visibly cagy around Lucas, doing their best to warn him about the feasibility of his ideas, and the now infamous “I may have gone too far in a few places” screening scene shows a creator coping with the enormity of his error. No one looks happy. Everyone looks tired. And, look, I love The Phantom Menace for nostalgic reasons, but I’ll never argue for its quality. I will, however, argue for its importance in cinema history. More than that, I’ll always respect George Lucas for his willingness to innovate, beaten and bloody though he may have emerged. 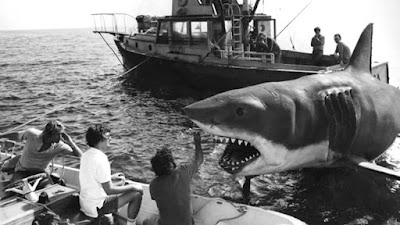 It’s no surprise that my favorite movie would have my favorite making-of story. While most recent home video releases of Jaws have featured “The Making of Jaws” documentary in some form or another, it wasn’t until the 2014 Universal 100th Anniversary Blu-ray release that — as far as I know, anyway — we got the full two-hour version. While nowhere near as candid or comprehensive as Carl Gottlieb’s The Jaws Log — which gets into the Shaw/Dreyfuss rivalry, Shaw’s tax problems, Spielberg’s petulant tantrums, and original director Dick Richards’ inability to tell a shark from a whale — the 1995 documentary does feature a jovial Richard Dreyfuss telling stories about on-set boredom, Steven Spielberg admitting that his re-shot “Ben Gardner Scene” dampened the eventual reveal of the shark, and that leathery rascal Roy Scheider laughing about the absurdity of the entire enterprise. It’s mandatory viewing for creators and audiences, alike.
Posted by Patrick Bromley at 5:00 AM