#ScaryMovieMonth starts next week! Here are some titles to stream before we go full horror. 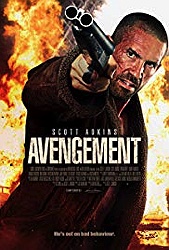 Avengement (2019, dir. Jesse V. Johnson) I really liked the latest Scott Adkins actioner when I reviewed it earlier this year. It's a brutal and nasty revenge yarn in which Adkins goes to prison, takes an insane amount of punishment, then gets out and sets his sights on the criminals who put him there. If you're even half the Scott Adkins fan I am, you will enjoy the hell out of this one. (Watch on Netflix) 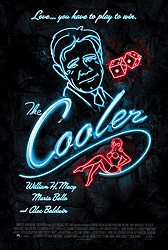 The Cooler (2003, dir. Wayne Kramer) Erika and I will be covering 2003 next on our "re-doing our lists" podcast series, so I'll need to revisit The Cooler to see if it still makes the cut. Back in 2003, I was high on this movie, in which William H. Macy plays a guy made of bad luck who's employed by casino boss Alec Baldwin to jinx gamblers. His luck starts to turn around when he meets love interest/hooker with a heart of gold Maria Bello, which threatens his position at the casino. Typing all of that out right now, I have a feeling it won't be on my list anymore. If nothing else, I remember really liking the performances from Macy, Bello, and especially Alec Baldwin. This is the movie that marked the shift in his career from leading man to character actor. (Watch on Hulu) 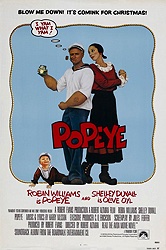 Popeye (1980, dir. Robert Altman) What a fascinating movie. This famously troubled production is Robert Altman's musical the way McCabe and Mrs. Miller is his western, which is to say it belongs to its genre but delivers little of what we've come to expect from said genre. Harry Nilsson's songs are great, as is the cast -- especially Robin Williams' unintelligible performance in the lead and Shelly Duvall as Olive Oyl, the part she was genetically created to play. (Watch on Amazon Prime Video) 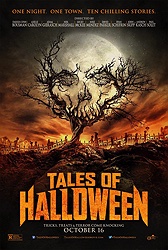 Tales of Halloween (2015, dir. Dave Parker et. al.) I thought I should sneak at least one scary movie on here to get you ready for October, and what better choice than this? My favorite anthology of recent years is the perfect kickoff to your #ScaryMovieMonth and doesn't even require a subscription to any streaming service to watch. (Watch free with ads on Tubi TV)
Posted by Patrick Bromley at 5:00 AM