My Greatest Creation is You: IRON MAN 2 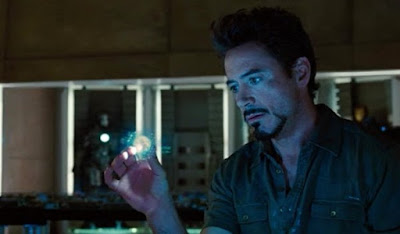 Why the much-maligned Iron Man sequel holds the emotional key to the MCU.

Film culture is a funny thing. Like any artistic community, there are trends and fads that come and go. Norms are dictated by group consensus, and dissenters are often forced to take shelter in smaller sub-groups and offshoots. Before long, we end up resentfully gatekeeping entry to a community that was supposed to be formed out of collective love. We get cynical and defensive. And, since art is evaluated both in the context of its creation and the context of its examination (in other words, the subjective point of view of the examiner), our opinions often harden and congeal without significant re-examination. When the occasional re-examination does occur, we get the familiar “That Movie We All Hated in 2002 is Actually Good” thinkpiece. This is not one of those pieces. There’s little point in arguing over whether or not 2010’s Iron Man 2 is Actually Good. The issues you had with it then haven’t changed. However, a fair re-examination reveals the beginnings of an emotional journey that culminates with Avengers: Endgame nearly a decade later. 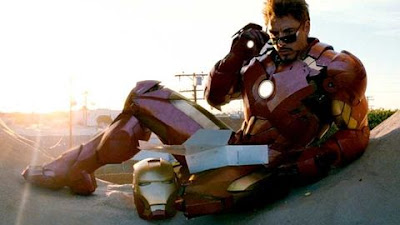 When we last left Tony Stark, he had just revealed his Iron Man alter-ego to the world. It was a grand display of proud narcissism, an acknowledgment that his commitment to world peace would not override his commitment to his own ego. While his actions in Iron Man were undeniably heroic, what Stark truly craved was recognition for his change of heart (no pun intended), the kind of recognition he never felt from his father. Stark’s natural gifts never felt earned. They never felt like a challenge. All his genius ever got him were scoldings about wasted potential. And so he rebelled; he underachieved. He went on auto-pilot after his parents’ deaths, easily furthering Stark Industries’ technological supremacy with one hand tied behind his back. But the Iron Man project presented him with an opportunity to go beyond the preordained path. After the sacrifice of Yinsen and his escape from Afghanistan, Stark finally sees the human cost of his company’s success. He finally sees that his actions have consequences, that he has a tangible effect on the world.

But this revelation did not fundamentally change who Tony Stark was. That would be way too easy. Instead, the opening of Iron Man 2 finds Stark learning all the wrong lessons from his increased notoriety. Spectacularly introduced by Iron Man and his team of dancers, the Stark Expo is (to quote Pepper Potts) a garish publicity stunt which, when coupled with Stark’s defiant testimony to Congress (“I have successfully privatized world peace!”), proves that the would-be hero is still a boy in search of affirmation. Worse yet, we discover that his irresponsible behavior (driving his own race car, getting drunk in his armor) is part of an existential concession toward the inevitable: the radiation from the reactor in his chest is slowly poisoning him to death. It’s a powerful metaphor: This version of Iron Man — a half measure that’s still as selfish, egotistical, and narrow-minded as Stark himself — is literally killing him. Too sick to do any real good (and too proud to tell his friends about his condition), he appoints Pepper as his successor and resolves to go out as aimless and uninspired as he began. 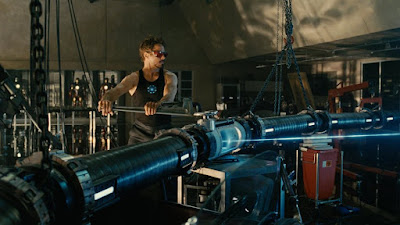 But again, that’s too easy. Instead of letting Stark go quietly into that good night, Iron Man 2 decides to take everything away from him. Rhodes takes his suit. Pepper takes his company. Hammer takes his government influence. Most importantly, Anton Vanko takes his father’s legacy. He characterizes the elder Stark as a thief, a con man whose greatest achievements were built on the backs of better men. To defeat Vanko (and prove that his father was more than a butcher), Stark is forced to re-examine the legend of Howard Stark outside of the context of his own unfulfilled childhood. He’s forced to find the intrinsic motivation to keep going, to live. He’s forced to find — and does, in the film’s most affecting moment — the love he’d been missing all along. Through long-lost archival footage, Howard tells his son that the Expo was never about glory. It wasn’t about gloating. It was the key to the future. “I’m limited by the technology of my time, but one day, you’ll figure this out. And when you do, you will change the world.” Howard Stark’s legacy isn’t a cross to bear, Tony discovers. It’s an opportunity. 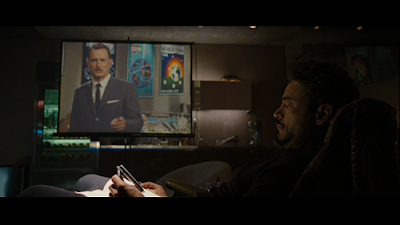 And so Tony does what he does best: He tinkers. He toils. He synthesizes his father’s design for a new element with the help of a homemade particle accelerator (How’s that for weaponized audacity?). Forget scientific accuracy; we’re dealing in metaphors, here. And what do we see? We see Tony literally injecting the Iron Man armor with his father’s unconditional love and inspiration. From now on, Tony Stark understands his purpose. He and Iron Man can exist in harmony. He can ask for Rhodey’s help. He can tell Pepper how he feels about her. He can get that damn chip off his shoulder. Soon, he’ll be ready for Peter Parker. He’ll be ready for Morgan Stark. While Tony’s ego will continue to get him into trouble for the rest of his life — building Ultron, breaking ties with other Avengers over the Sokovia Accords, underestimating Thanos — he will never waver in his inherited quest for a suit of armor for the world. That pursuit would eventually lead him full circle — face to face with a young Howard Stark. Days before his own birth (because Time Heist), Tony embraces his father, finally confident that what was and will always be Howard’s greatest creation...was him.
Posted by Patrick Bromley at 5:00 AM