Review: IN SEARCH OF DARKNESS 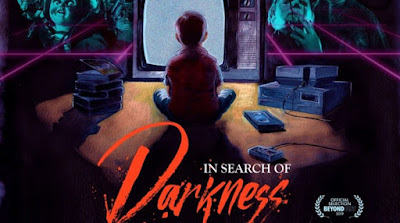 The definitive documentary on my favorite decade for horror: the 1980s.

Let's get something out of the way before I talk too much about In Search of Darkness, the epic four-hour love letter retrospective documentary on '80s horror currently playing festivals and coming soon to limited edition Blu-ray: one of its producers and major on-screen participants is Heather Wixson, my Horror BFF and a regular guest host and contributor to F This Movie!. If you believe this means I can't be objective about the documentary and review it on its own terms, please read no further. I probably can't convince you otherwise. I'd argue I'm still able to critique a movie that one of my friends worked on, but you can be the judge. 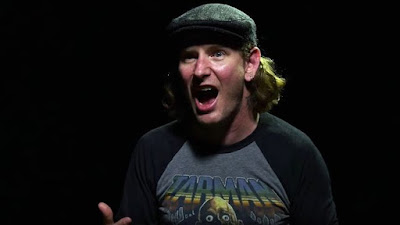 Maybe I can't be objective, but it's not because of Heather's involvement. It's because I love '80s horror. It's the decade of which I came of age, the decade that made me a horror fan. Its output is the one to which I gravitate the most, as the films of the '80s combine a sense of energy and fun with imagination and practical effects unlike anything filmmakers could realize previously. It's full of slashers and gooey monsters, spectacular gore and sexuality and comedy and everything I want in horror movies. In Search of Darkness celebrates all of it in spectacular fashion, with as much heart and affection as you might expect from a project clearly borne out of heart and affection for its subject matter.

Truth be told, In Search of Darkness is more or less critic-proof. If you like '80s horror, there's a very strong likelihood that you will like the documentary, as it's basically a four-hour fan letter to every title, every actor, every filmmaker who made the decade special. The structure is pretty basic: it goes year by year, title by title, intercut with clips and a murderer's row of nearly 50 talking heads that includes Barbara Crampton, Stuart Gordon, Keith David, Caroline Williams, Slipknot's Corey Taylor, Cassandra Peterson (aka Elvira), Joe Bob Briggs, John Carpenter, Doug Bradley, Heather Langenkamp, Mick Garris, the aforementioned Heather Wixson, and many more. The only unfortunate inclusion is a YouTuber with whom I'm unfamiliar named James A. Janisse, aka "Deadmeat James." He may be a perfectly nice guy and a swell horror fan, but his every comment feels canned; whereas the other talking heads -- and this movie is almost all talking heads -- feel spontaneous and natural, speaking from the heart on a subject they love, Janisse is stiff and rehearsed, delivering lines that are scripted and rehearsed. Everything else about In Search of Darkness feels genuine. It's a shame he doesn't.
If I have another complaint about the documentary, it's that director David A. Weiner reveals nearly all of his talking head contributors upfront, then repeats them again and again throughout the film. I sometimes wish he had held some faces back so that we get introduced to them as their films come up. Sure, we get Stuart Gordon and Barbara Crampton popping up when Re-Animator is introduced, but we've already heard them talk a whole bunch throughout the film (if this sounds like I'm complaining that there is too much Barbara Crampton, please know nothing could be further from the truth.). Holding back a little and revealing some of the participants when it's relevant would keep the four hour run time feeling a little fresher and add a sense of discovery that's otherwise missing. Weiner reveals all his cards early on and then continues to play them again and again.

Honestly, it's a minor gripe, because I'm happy to spend as much time in the company of these talking heads as I can. In Search of Darkness gives me that. It doesn't tell a larger story the way another epic-length horror doc like Never Sleep Again does (chronicling the rise and fall of the Nightmare on Elm Street franchise alongside the rise and fall of New Line), but it's not really that kind of documentary. This is a big horror hangout movie, meant to canonize and celebrate dozens of '80s movies. It's a movie I could easily see throwing on every October (if not more often) just to be reminded of some movies I love and why I love them by the people who made them and who made me love them.

But I still can't believe they didn't get Heather talking about Howling II. Missed opportunity, that.

In Search of Darkness can be preordered on Blu-ray through October 31st here.
Posted by Patrick Bromley at 12:00 PM