Yes, dear readers, it’s time for all of YOU to play judge and jury!

I hope all of your Halloween celebrations were great. Based on the limited evidence in front of my eyes and on the Twitter machine, the one-two punch of “Thursday Halloween” and “Record Low Temps and F’n Snow” didn’t deter the celebrations one bit. I was thrilled and delighted that the young people in my neighborhood braved the elements. Nothing was going to stop them from getting their candy. At my house, we had as many, or more, trick-or-treaters as we usually have.

Hey! That means next year Halloween is on a Saturday. Hail, Paimon!

I don’t know about you, but I tend to put up the Halloween decorations piecemeal, a bit at a time. The month of September is devoted to sneaking in a few decorations gradually, hoping my wife won’t notice I’ve already started. Then I devote one day to indoor décor, and the next nice, sunny day to the tombstones, pumpkins, groundbreaking zombies, window-hanging skeletons, and enormous inflatables that grace my front lawn. Finally, over the following week, various other decorations come out and take their places: the hand towels, the dish towels, the tablecloths, the candy dishes, the candles, and the life-sized “pretend” rack for torturing uninvited solicitors and wandering Mormons. 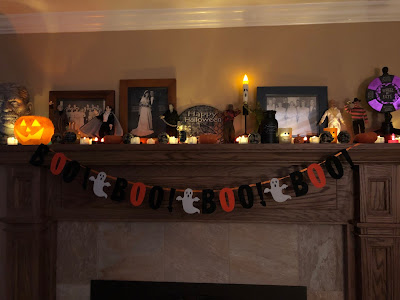 When Halloween is over (Damnit! Goddamnit! Why can’t Halloween season be two or three months long? Thanks to friend of the site Mike Piccoli for posting “Only 364 Days To Halloween” on the Twitter machine on November 1st. Thanks, Mike! No, really, thanks… thanks for RUBBING IT IN. Also, great costume this year! Also, fuck you.) I try to put everything away, and every single year I am amazed and daunted by the scale of the project. There’s always the perennial nitpick of finding one last item still on display the minute everything else has been packed away. I can’t be the only one this happens to, right?

This leaves me exhausted (Boooooo.) but with a stack of discs I purchased and received in October, but haven’t gotten around to watching yet (Yaaaaaay!). That’s where you come in.

I’m going to briefly describe my Top Ten Most-Watchable-Unwatched discs below. In the comments section, choose the one you think I should watch. If one disc gets a groundswell of support, I will not only watch it, but it will be the subject of next week’s column. In the words of Olmec, the choice is yours, and yours alone!

Be glad that I am not asking you to write the column as well. 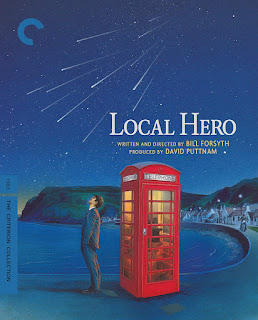 Criterion had a 24-hour Flash Sale in October that led to these essential purchases. Being non-horror titles, they immediately went to the bottom of the stack. I haven’t seen The Circus since 1972, when my local PBS station used to show silent movies quite regularly on Friday nights. Local Hero has always been one of my favorite Bill Forsythe films and an early Music Box Theater staple. Local Hero cemented my platonic love affair with Peter Reigert, which began with his performance as Boon in Animal House and continued when I saw him in the original Broadway production of Larry Shue’s The Nerd. I remember Local Hero being a soft and cozy film about the pleasures of home, wherever home may be. 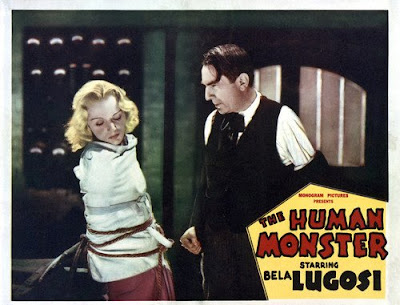 Proving that my eyes are bigger than my stomach, these discs were clearly intended for Scary Movie Month, only to be left untouched. Do I want to binge them all in a sad attempt to stretch October into the middle of November? Do I shelve them until next Halloween? So many (two) choices! Arrow Video puts out primo special editions. I’m sure their new version of Hellraiser is the berries. (Their new collector’s set of An American Werewolf in London, released on October 29th, is really the final word on that great film.) On the other hand, you can’t go wrong with a new Lugosi film. Still, I have always loved Fearless Vampire Killers, even though Roman Polanski once did something terribly unacceptable. I wonder how much better Warner Archive’s new Blu-ray looks than my decades-old laserdisc? You also HAVE to love The Blob! Decisions, decisions! Which one to watch? 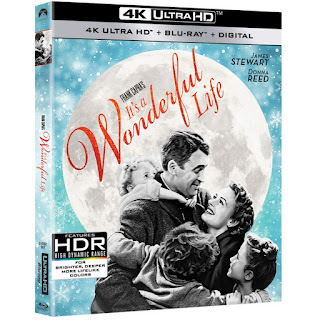 I thought this old chestnut had been re-mastered and “special editioned” so many times the original negative had cried uncle and fled the country. This new disc was released the same day as Warner’s new 4K of The Wizard of Oz. I have watched the new Wizard disc and it is the single greatest transfer of a pre-1950 Technicolor film that I have ever seen. The level of detail is astounding. You can see the flush in Judy Garland’s cheeks caused by the massive hot lights that early Technicolor required. It makes me happy that, because The Wizard of Oz so quickly became a holiday broadcast television staple, MGM actually cared for the original negative as the precious asset it so clearly was. Does the new 4K of It’s A Wonderful Life have a similarly astounding transfer? It’s tempting… 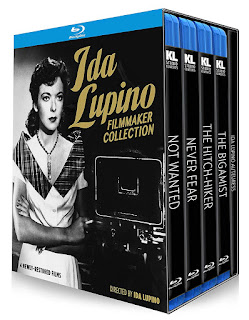 Some lovely person on the Twitter machine posted last week that Amazon had marked this one way down—50% off, if I remember correctly—and that a mysterious coupon would appear if you placed this item in your cart, entitling you to a further $8 discount. How could I resist?

Trick question: I could not resist! I love Lupino’s The Hitchhiker and this boxed set will help me become more familiar with her other work. It would also be a wonderful first watch to properly begin Noir-vember! It’s tempting… like the lips of a dame from the wrong side of the tracks that you know in your heart is poison, nothin’ but poison! (See, it’s already working.)

Kino-Lorber has once again teamed up with Ron Furmanek and The 3-D Archive to restore the obscure 1962 film The Bellboy and the Playgirls, which contains sequences directed by a then-22-year-old Francis Ford Coppola! I have read ominous rumors about the death knell of 3-D monitors because apparently the demand was never there, but I treasure all of my 3-D Blu-rays, especially Universal’s astounding Creature from the Black Lagoon and Warner Archive’s Kiss Me Kate.

Like early 1970s bachelors who insisted that they read Playboy magazine “for the interviews,” my interest in this lascivious little disc is archival and historic, and is in no way based upon naked female breasts and sexy-sex. The disc also contains a co-feature, Adam and the Six Eves, filmed in 3-D but never exhibited in that format; plus two shorts, Love for Sale and Beauty in the 3rd Dimension. Again, my interest in these things is purely academic.

Vote early and often!
Posted by Patrick Bromley at 5:00 AM