Put these streaming picks in your stocking! 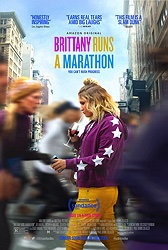 Brittany Runs a Marathon (2019, dir. Paul Downs Colaizzo) I was a fan of this crowdpleaser coming out of the Chicago Critics Film Festival, mostly for its star-making turn from Jillian Bell as an underachiever who takes up running as a way to get healthy only to find it means so much more to her. There are not a lot of surprises in the storytelling, but the frank and honest way the film handles a whole bunch of topics is a welcome change from the norm. (Watch on Amazon Prime Video) 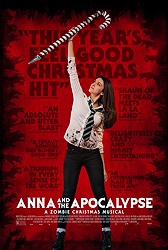 Anna and the Apocalypse (2018, dir. John McPhail) A Christmas zombie musical that never got the theatrical push it deserved. The songs are better than the horror elements, but the whole thing is so energetic and infectious (#doyouseewhatIdid) that it's impossible to resist. This made both my and Heather Wixson's lists of favorite horror movies last year. For those who don't have Hulu, it's also available on Amazon Prime Video. (Watch on Hulu) 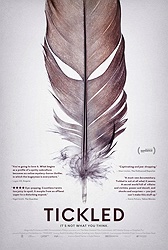 Tickled (2017, dir. David Farrier) My favorite kinds of documentaries are the ones that start out as one thing and then become something completely different in the process and discovery of making the movie. That's Tickled, a film that starts out about the practice of competitive tickling and then takes a turn to become a completely different story. I wouldn't dare spoil the directions it takes, but it's never less than completely riveting and fascinating. (Watch free with ads on TubiTV) Deadly Games (aka Dial Code Santa Claus) (1989, dir. René Manzor) The word "bonkers" is terribly overused when talking about movies nowadays, but unfortunately there's just no other way to describe this Christmas horror film out of France. Dial Code Santa Claus (also known as Deadly Games, also known as Game Over, also known as 36.15 code Père Noël) finds a young boy with a killer mullet fighting off an intruder dressed as Santa Claus. What sounds like Home Alone meets "And All Through the House" is so much stranger and more singular than the premise would suggest. It's bonkers. There's just no other word for it.
Posted by Patrick Bromley at 5:00 AM

Email ThisBlogThis!Share to TwitterShare to FacebookShare to Pinterest
Labels: anna and the apocalypse, brittany runs a marathon