Off the Shelf: DREAD Round-up 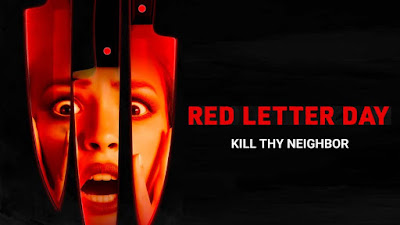 Four new releases from Dread to put on your radar! 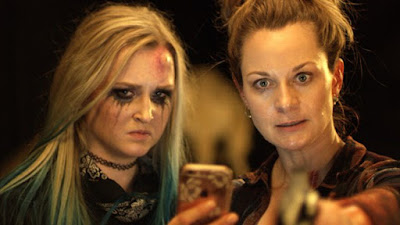 Here's a horror movie with a Twlight Zone-worthy hook: mysterious red envelopes begin appearing in mailboxes across a neighborhood, with letters inside instructing the recipient to kill an ideologically opposed neighbor. It's an inspired premise, particularly in today's political climate, only sometimes stumbles in the execution. The performances are sometimes uneven, straining for a satirical pitch that isn't fully present, but the occasional bursts of violence are pretty spectacular and over the top. While I found myself satisfied with the overall results, I can't quite shake the feeling that there are some opportunities missed in writer/director Cameron Macgowan's debut feature. Like a lot of titles in the Dread catalog, it's messy but still a movie I liked. 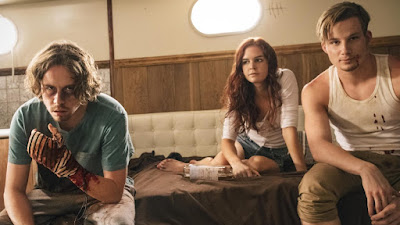 Three best friends go out on a boat one afternoon. They get stuck on the ocean with no gas, no food, no water. That's the premise of this pitch-black comedy, which co-stars Munro Chambers of my beloved Turbo Kid. After getting off to a shaky start – the opening moments are crammed with ‘90s-era film student flourishes like flashback cutaways designed to look like 16mm black and white home movies – Harpoon eventually finds its footing once things begin to go wrong. The awfulness of the characters makes them hard to invest in early on, until we realize that their awfulness is the point. These aren’t people we’re meant to root for so much as ants we’re meant to observe frying under a magnifying glass, and the longer Harpoon goes on, the more it leans into this dynamic, the more writer/director Grant is able to let loose with his more sadistic tendencies and make a movie that’s really bleak and really, really nasty. The performances are strong, the inevitability palpable. The phrase "toxic masculinity" gets thrown around a whole bunch these days as subject matter for movies, but Harpoon really addresses it in different and unfortunately honest ways. 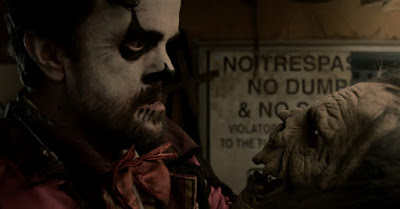 This one plays better during the Halloween season. It's a pretty standard revenge tale about a bullied teenager who is accidentally murdered, so a carnival worker by the name of Dr. Death (played by Pancho Moler of 3 From Hell) resurrects him as a monster of vengeance. The structure of the movie is repetitive, but it's got good Fall atmosphere and a nostalgia grab cast that includes Courtney Gains, Tony Todd, and P.J. Soles. The elements are there for something special, so I found myself actively rooting for the film to push itself just a little harder or to break from the formula it sets up for itself early on. That never quite happens. 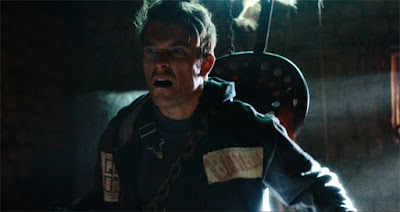 This might be the best of the four titles on this list (though Harpoon gives it a run for its money). Indie horror mainstay Chase Williamson stars as Holton, a man with a troubled past who befriends a kid who may be the son of a serial killer. Artik is humorless -- which I don't mean as a pejorative -- and adult, bolstered by incredible performances from Williamson, Lauren Ashley Carter (another regular of the indie horror scene whose presence is always welcome on screen), and especially Jerry G. Angelo as Artik, the serial killer father obsessed with comic books. Gritty, grainy, bleak, and bloody, Artik is one of 2019's small gems and one of the better movies in the Dread catalogue. Check it out.

All four movies are available on VOD or on Blu-ray and DVD through Epic Pictures here.
Posted by Patrick Bromley at 12:00 PM