I encourage all of you to see the Academy Award-nominated short films before the actual (yawn) ceremony next Sunday. TIP: Bring some Kleenex. Seriously.

I was pleased as punch that I was able to see all of the Oscar-nominated shorts, both live-action and animated, at a local theater and so there was no need to haul my substantial ass downtown to see the same program with a rabble of overly loud hipsters. I urge all of you to do the same, if you can. I do miss the two or three years when the nominated shorts were available on iTunes, and I could watch them in the comfort of my own home… behind locked doors… with dangerous snacks… like a good Amuric’n.

NOTE: These terrific short films will be available to stream on Amazon Prime Video and Apple TV+, though not until the Oscar ceremony has packed up its tent and rolled away—for all the good THAT does in helping you win the office Oscars Contest. 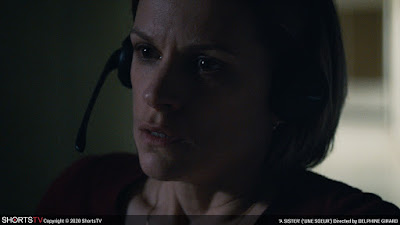 It was delightful to be in a real movie theater last Saturday with a gaggle of actual film fans. I cannot remember the last time I went to the movies and the theater was as crowded. A good portion of these moviegoers seemed to be there for the shorts programs AND the AMC Best Picture Marathon. After the Live Action Shorts program, I overheard some of these film fans commenting that this year’s slate of nominees was vastly superior to last year’s nominees.

I do not remember last year’s nominees… so they’re right?

The ten nominated shorts this year are all superior examples of the short film format. I have been known to bore the shit out of fellow cinéastes by 1) using douche-nozzle words like “cinéaste” and 2) going on and on about how the short film is tricky: the filmmaker needs just the right ratio of content to screen time. How much of each? I have sat through many short films in my life that were features crushed and condensed down to fifteen minutes. I have also witnessed short films that are merely a short joke; the film ends on a punchline but offers little else. How does a filmmaker find a happy medium? Well, it’s possible because all of this year’s shorts find their sweet spot; none of them seem stretched or folded to meet the “two reel” barrier. 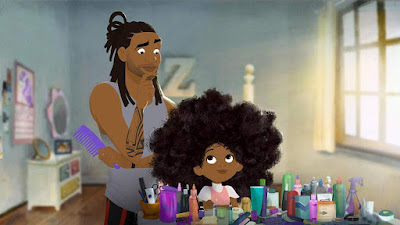 I want to repeat that these are wonderful films. You should seek them out. I do have one quibble… because OF COURSE I do. I am afraid it makes me look like a Philistine simpleton. Almost all of the shorts in both the live-action and animated programs had one thing in common and it made me wonder if, in 2020, this commonality indicates what it takes to be nominated. That commonality? All of the nominated shorts address VERY serious themes. I half expected this in the live action category, but it was a little surprising in the animated films. Several parents brought their children to the animated shorts program, obviously thinking “Cartoons!” I wonder how much explaining they had to do after the screening as their children asked them questions about cancer and radiation treatments, distant fathers, Parkinson’s disease, abortion, and animal abuse.

I am not suggesting that these are not fit subjects for animated films. Memorable, for example, does a magnificent job of communicating what it’s like when a loved one starts to fade. The film is beautiful and sad, and the filmmakers embrace the way animation art can be used to enhance the film’s themes, images, and characterizations. I’m just wondering how “beautiful and sad” came to be a criterion for getting your cartoon nominated for an Oscar. Apparently, it’s not enough to tell a story or master animation anymore, one also needs to address BIG IMPORTANT THEMES. 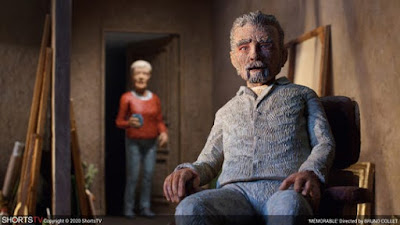 If the animated shorts are emotional gut-punches, then the live action shorts up the ante considerably. In Brotherhood, a Muslim father cannot forgive his eldest son for fighting for Isis in Syria. My Neighbor’s Window concerns the ethics of spying on the people across the street and whether the grass really is always greener on the other side of the fence. NEFTA Football Club explores the relationship between drug smuggling cartels and the impoverished children in communities affected. Saria is the true story of tragedy at an orphanage (the Virgen de La Asuncion Safe Home in Guatemala). A Sister is a harrowing tale of a real-time 911 call. I gave NEFTA Football Club a lot of credit for being the only nominated short in this category to have a sense of humor; part of the story involves a donkey that responds to the music of Adele. The other four shorts are by turns tense, angry, and… beautifully sad. 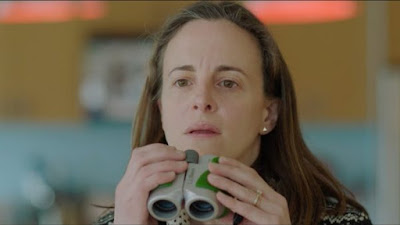 Still, it seems as if the Oscars is continuing to consider comedy a trifle, something inherently less important than films that tackle BIG THEMES. This makes me feel old. I realize that we have moved past Steamboat Willie and Disney True-Life Nature films, both Oscar winners in their day, but it would still be nice to have some films like these deemed worthy of a nomination. (Besides, Steamboat Willie is plenty “woke;” it’s about the serious subject of farm animal abuse.)

CODICIL TO MY QUIBBLE: During the credit sequences of many of the shorts in both programs, Curator ShortsTV has included video footage of the filmmakers watching the live announcement of their nominations. It’s fun and delightful! 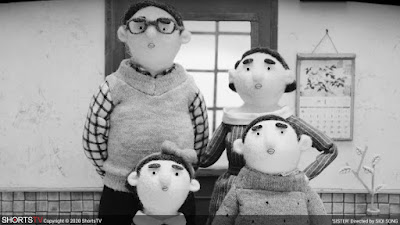 Again, if you have a chance to see these nominated films, do it. Both programs also include moments of deep love and triumph (for example Hair Love, which beautifully offers both) in spite of the serious notes. And as a cinéaste, you’ll appreciate experiencing how big filmmaking can come in little packages.