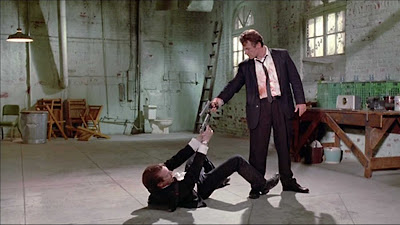 Meditations in an emergency. 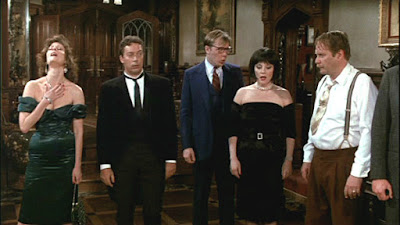 One of the most important parts of working from home (or muscling through an extended layoff period) is keeping your surroundings as fresh as possible. Sitting in the same place, staring at the same wall, going about the same motions — that kind of stagnation can be poisonous if it goes unchecked. Experts say we need to designate certain tasks and activities to their own locations and introduce a bit of variation into our patterns in order to reduce claustrophobia and boredom. That brings us — believe it or not — to Clue! Among the many, many incredible things about Jonathan Lynn’s ensemble comedy classic (they are just about innumerable) is the way each room in the house is constantly reshaped by the characters it hosts and situations it facilitates. Each new revelation adds a new shade of intrigue; each hidden passageway discovered helps bring another plot mechanic to the fore. With enough viewings of Clue, each nook and cranny of Mr. Body’s mansion will become as familiar — if not more — as our own home. 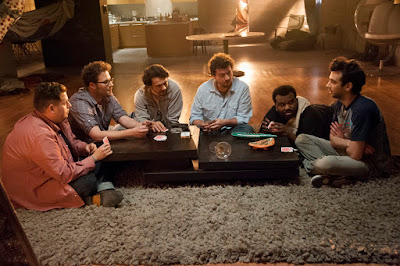 Stay inside. Seriously. I understand that most of us are very unlikely to die of the new Coronavirus. That’s not the point. The point is that we might put someone else at risk. The point is that we’re all supposed to do our part. And I know it’s spring break and we wanna get Turnt Up (Do kids still say that?). I know our Facebook friends say a shot of red wine vinegar mixed with cat litter and baking soda will keep us safe. I know the coke-addled U.S. president thinks Hillary Clinton started all this to make him look bad. But this is a real emergency, and we all have to do the right thing and stay the hell inside whenever possible. In that spirit, let’s go with Seth Rogen and Evan Goldberg’s This is the End, a movie that celebrates the importance of making sacrifices in a crisis to protect those we love the most. All the classic disaster movie characters are represented here, from Danny McBride’s sociopathic anarchist to Jay Baruchel’s dogged True Believer, but in the end, the friends join forces to fight for what really matters: The Backstreet Boys. 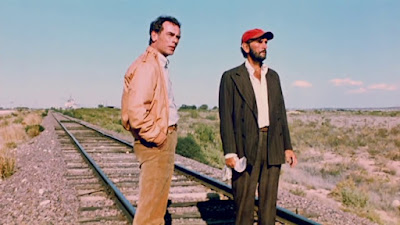 It won’t be long before a lot of us start getting profoundly, dangerously lonely. Many of us already are. Many of us struggle with anxiety and depression under normal circumstances, and even the most introverted malcontent needs some form of companionship from time to time. Extended periods alone will lead to a fair share of self-reflection and, with nowhere new to look, some of us are going to start looking inward. Some of us won’t like what we see. That had me thinking of Wim Wenders’ introspective Western/road trip masterpiece Paris, Texas, a movie that challenges its lead character (The Immortal Harry Dean Stanton) to reconcile his past, his future, and the jagged edges of his mind into something resembling a human existence. His Travis Henderson has been through some shit — most of it of his own making -- but his journey through a sprawling American landscape offers him (and us) a chance at atonement, an opportunity to trim back his frayed edges and start again. 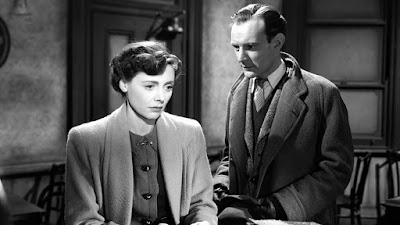 Next, I was thinking about how much more important each word we share will be during our collective hibernation. There’s going to be so much idle noise in the air for the next few weeks, and those of you who have taken forced breaks from the news or social media have probably already found some relief in the silence. As we adjust to our new collective reality, less will become more. Smaller moments of happiness will stretch out longer than they usually do. With any luck, we’ll find more pleasure in the intangibles — the moments we get lost in thought or preoccupied with a menial task. In short, we’re going to be looking for more meaning in monotony, which leads me to David Lean’s Brief Encounter, a doomed would-be romance between two strangers (the brilliant Ceila Johnson and Trevor Howard) who manage to forge a bond between the lines of their everyday bullshit. More a study on manners and interiority than a steamy romp, Brief Encounter is a quiet bit of poetry that reminds us a thing isn’t beautiful because it lasts. 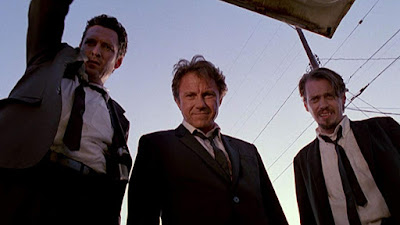 Ok, so we’ve covered boredom and cooperation and depression and stifled passions. It’s time now to consider worst case scenarios: You’re trapped at home with a group of people you just can’t stand. There’s shit-talking, back-stabbing, and rabble-rousing. No one can agree on anything, and one of you has a hostage tied up in the trunk. How can you be expected to face the impending apocalypse under such hostile conditions? Your hipster cousin is pontificating about Madonna lyrics at the breakfast table. Your MAGA uncle is explaining why he doesn’t tip the waitstaff. Your dad is rambling through a five-minute story about a bunch of cops hanging out in a public bathroom. Reservoir Dogs covers all the bases, and it’s all centered around the blame game: Who did what to whom, and when? How did we get into this predicament? Who didn’t take proper precautions? Who didn’t do their job? Who didn’t wash their damned hands? In any case, let’s hope that only a small percentage of family squabbles end in a Mexican standoff.
Posted by Patrick Bromley at 5:00 AM