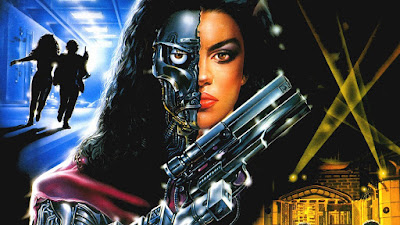 In which I present the oddest 1990-themed double feature ever.

When Coach P-Broms put the word out to Team FTM that we’d be focusing on 1990 this week, I scanned the interwebs’s listiest lists of movies released in 1990, hoping to jog my memory into Total Recall-ing my best movie experiences of the year. Funny thing, though—I didn’t remember seeing ANY films in a theater. Why could that be…? Oh, yeah: 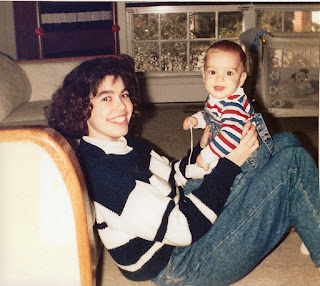 That was me in 1990, caring for a live human infant. That little ball-and-chain turns 30 this year, just like the movies of 1990. He was the (totally worth it) reason I didn’t see many movies in a theater during 1990—though I caught up with most of the biggies on home video later on. What surprised me was how many movies on that 1990 list didn’t even ring a bell, even though they sounded AMAZING and totally in my wheelhouse. For instance:

Men of Respect: A crime drama with John Turturro, Stanley Tucci, Dennis Farina, and Rod-freakin’-Steiger? Yes, please! Did I mention that it’s basically a remake of Macbeth?? How did my former English teacher/still Italian husband and I miss this?

Death Machine: Death Machine, your logline had me at “In the near future….” Your list of characters sounds like coked-up Blade Runner fan fiction. You star Brad Dourif. Your title sounds like a fake movie on Seinfeld. How did I miss you?

Too Much Sun: Eric Idle as the gay brother of a gay Andrea Martin, who need to hire a villainous Ralph Macchio and his roommate Robert Downey, Jr. to… have a baby or something? This movie sounds both terrible and hilarious, which is an apt description of most ’90s comedies. How have I never at least HEARD OF this one?

I pulled together a shortlist of “1990 Movies I Missed” that also included Kurosawa’s Dreams; something called I Come in Peace (my notes on this one simply read “SCI-FI DRUG COPS” which should make the attraction obvious); and Welcome Home Roxy Carmichael, which was at least on my radar—the description of Winona Ryder as “quirky, antisocial, and adopted” really hit me in the feels (#itme). But the two winners for my “How Did I Actually Miss That” Double Feature are… (Phil Collins-style drumroll, please…) Courage Mountain and Class of 1999. 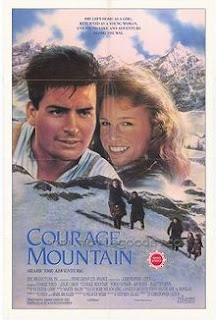 THE PLOT IN BRIEF: This movie is a sequel to Johanna Spyri's book Heidi, which Wikipedia lists as “one of the best-known works of Swiss literature.” (Please, don’t tell that to Jean-Jacques Rousseau!!! LOL LOL LOL) It was certainly one of the best-known works on my childhood bookshelf. In Courage Mountain, a now-teenaged Heidi still enjoys a life of Alpine splendor with her Grandfather and her pal Peter, until she accepts a scholarship to a fancy Italian boarding school and Peter joins the Swiss army. When their school is commandeered by Italian soldiers, Heidi and some schoolmates are stolen by a local orphan-monger, who needs slave labor for his lucrative soap factory. They attempt a daring escape.

Whoa, that took a turn, didn’t it? The surprisingly high stakes make Courage Mountain a better movie than I was expecting. The scenery is beautiful, and the story is more complex and compelling than the usual “family film” dramas of this era (era.) Juliette Caton does a fine job playing Heidi as a thoughtful girl caught between childhood and adulthood; I was surprised that she did almost no subsequent movie work. Her Heidi starts out awkward and shy in her new environment but grows into a natural leader—a “girl power!” role model before that was really a thing. Leslie Caron (yes, Gigi from Gigi!) is strong as the kind headmistress, and the evil Signor Bonelli (played by Yorgo Voyagis, whose name sounds like a Yugoslavian automobile) is a class-A villain who would feel right at home in a Bond film. 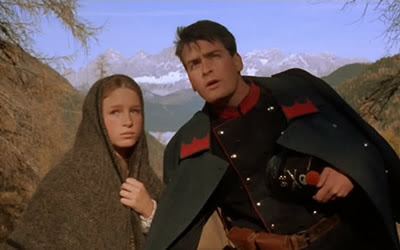 HOW 1990 IS THIS MOVIE? Courage Mountain is set in 1915, which dampens the 1990 vibe. To take up the slack, we’re treated to a young Charlie Sheen as Peter, the smoldering shepherd of Heidi’s heart. This film was one of six that Sheen released in 1990, fresh from his success as Ricky “Wild Thing” Vaughn in 1989’s Major League. This guy was everywhere in 1990s movies, but you’ve likely never seen him in a role like this. To say that the darkly broody, 25-year-old Sheen is miscast as Peter would be to ignore the tremendous appeal of watching him as an 18-year-old Swiss shepherd boy. Ski jumping? Yes. Grandpa-hugging? Lots. Pan flutes? Friends, Peter is a master of the pan flute. Sheen is the most 1990 thing about this movie and brings his patented tiger blood energy to a film that otherwise might have gone straight to VHS.

WHO, BESIDES ME, IS THIS MOVIE FOR? Honestly, if I had been 9-14 years old in 1990, I would have worn out the tape, watching and re-watching Courage Mountain. It’s a solid family film with a lot of action, strong characters, and a nice moral center that doesn’t hit too hard. It’s got orphans, scenery, rescues, mean girls, more scenery, and goats! How much did I love Heidi as a girl? In the opening scene of Courage Mountain, a goat wanders into Grandfather’s cabin and begins to nibble pages from a book—and I chuckled out loud and said to the screen, “Oh, Schwanli!” BECAUSE I ALREADY KNEW THAT GOAT’S NAME. Climb Courage Mountain for the family-friendly drama, stay for pan-flute Sheen. 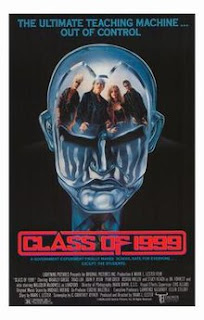 THE PLOT IN BRIEF: In the near future, robot teachers are sent to a school in Seattle’s “Free-Fire Zone,” an area so rife with crime that cops won’t even venture there. Surprisingly, not all goes well—and the body count is rising a lot faster than these kids’ SAT scores. Can the android educators help civilize the violent gangs warring over Kennedy High? Is robot manufacturer MegaTech confident that they’ve actually revised the robots’ military programming? Can principal’s daughter Christy and delinquent former gang-banger Cody Culp find a way to stop the carnage… and along the way, will they fall in love?

Class of 1999 is not a nuanced look at serious social problems, but it’s got a relentless pace and it cares about its lead characters. True, Cody is pretty underdeveloped (Why, exactly, does he suddenly seem interested in actually learning something at school? Is he merely fed up with the violence? Is he afraid of going back to prison? Does he hope to somehow escape his hellish neighborhood? Is he trying to be a better example for his little brother Angel?) but that’s because Lester seems to be directing Bradley Gregg to scowl constantly and spit out every line like stale gum. This movie is a crazy mash-up of The Terminator, Escape From New York, The Warriors, and West Side Story—but that’s okay, because all of those movies kick their own brand of ass. 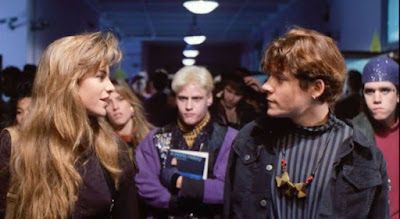 HOW 1990 IS THIS MOVIE? While again, this movie is not set in 1990, it broadcasts that year’s aesthetic in tons of tasty ways—right from its genre description as a “science fiction/action thriller/horror film.” I was surprised that F This Movie! didn’t have a column, a podcast, and/or a custom commentary track about Class of 1999 already available. The film was written, directed, and produced by Mark Lester as a follow up to his 1982 Class of 1984, which had controversial levels of violence but, sadly, neither goats nor robots. In contrast, Class of 1999 features Pam Grier as the most badass of the badass robot teachers (her subject: chemistry, obviously.) Joshua John Miller plays Angel, my favorite character in the movie, with the same energy and jacket stylings he brought to little vampire Homer in Near Dark. Malcolm McDowell shows up as the school principal, and Stacy Keach is Dr. Bob Forrest of MegaTech, the most 1990s-named fictional company ever fictionally incorporated. Keach sports a glorious white rat-tail wig that should have its own star on the 1990s Movie Walk of Fame.

WHO, BESIDES ME, IS THIS MOVIE FOR? This movie is batshit crazy and full of terrific practical effects that make it a fun and satisfying watch for fans of sci-fi/action/horror from the 1980s and ’90s. The plot barely makes sense, but who cares? Robots go ro-botting all over the place, heartless corporate bad guys stomp around chewing the scenery (in one scene, Keach chews a banana), and there are TWO teenage murder gangs (the Blackhearts and the Razorheads, because those are real-sounding gang names, right?) I have a feeling that a lot of F-Heads will already know and love this movie—JB was familiar with it, though he’d never seen it until I suggested we queue it up on Amazon Prime. If you like the idea of each robot having a different secret military weapon hidden under its arm-flesh, this movie is for you!

That’s it, beloved readers—the oddest 1990-themed double feature I could come up with, trying to re-capture my Lost Year spent in willing servitude to the Best Human Baby of 1990. If you’ve ever seen (or will now see) Courage Mountain or Class of 1999, let me know what you think in the comments below. For a great lineup of 1990 flicks, join us on Saturday for F This Movie Fest!