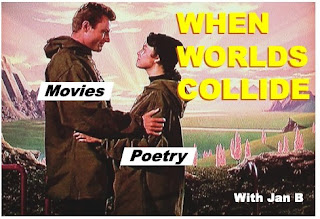 Welcome to When Worlds Collide, an exciting new temporary column being brought to you only during the cruellest month*.

A couple of weeks ago on the Twitter machine, I asked movie-loving poets and poetry-tolerating moviegoers for their favorite movies about poetry/poets (#pomo). Friend-Of-The-Site @UncleLoo recommended the 1997 Hal Hartley film, Henry Fool.

The film stars James Urbaniak as Simon Grim, a gloomy garbageman with a depressing home life; and Thomas Jay Ryan as the titular Henry, an on-the-lam writer and convenience-store philosopher who takes the Grims’ basement apartment. Henry’s most obvious talent is as a world-class Terrible Influence, but he does convince Simon to try writing, which profoundly changes Simon’s life and the lives of those around him.

Though usually referred to as a black comedy, Henry Fool definitely leans harder on the darkness than the light. The cast does its best to create rich characters from the strange juxtaposition of the film’s best and worst elements: dialogue that’s heady and engaging (Henry Fool won Best Screenplay at Cannes in 1998) paired with a somewhat disjointed plot and a very hazy sense of time. If you love this film, it will be imminently quotable. Henry’s lines, especially, are often fantastically funny, as they filter gritty reality through his rarified sense of self. Here’s his response to being asked to stop pawing all the porno mags in the convenience store:

“I learn so much from these magazines Mr. Dang, and I refuse to discriminate between modes of knowing.” 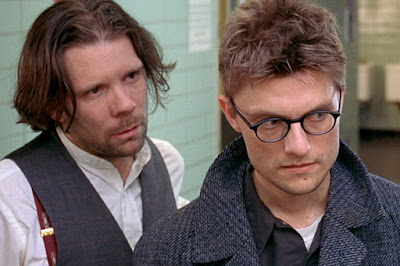 This tension—between the real and imagined, or between the evidence and the claim—gives Henry Fool its energy and a sense of fantasy or fable. In this way, it reminds me of so-called “genre films,” the horror/action/sci-fi movies that may be a bit too “over the top” for standard film-goers, but hit every sweet spot for viewers who love them. Henry Fool has that same sense of wild possibility: this is not quite the “real” world, but fuck the “real” world anyway.

A lot of the dialogue seems almost prescient in its social commentary. This is particularly true when Henry’s philosophy of “what America has become” is pitched against a minor sub-plot involving a congressional candidate who represents the “other side.” In fact, the only thing that really “dates” Henry Fool for me is how on-the-nose its satire is. I think it’s a function of the era (era), which cultivated a vibe of “Ooooooooh, we’re really gonna SAY this on film, so get ready, ESTABLISHMENT.”

The movie goes a bit overboard in one area poets will feel far more acutely than others: it really leans into the Myth of the Famous Poet. At one point, Simon is offered a $200,000 cash advance (more than $320,000 today, adjusted for inflation) for a poetry manuscript.

For “people” to presumably “buy” and then “read.”

Later in the film, (SPOILER ALERT) Simon wins the Nobel Prize for Poetry, which does not even exist. In short, Simon becomes famous and influential in a way that no modern poet is, except to other poets. Want an example? A few years ago at Bread Loaf Writers’ Conference, I was fangirling about our keynote reader, and my awesome roomie managed to snag a photo of me with him. Here it is: 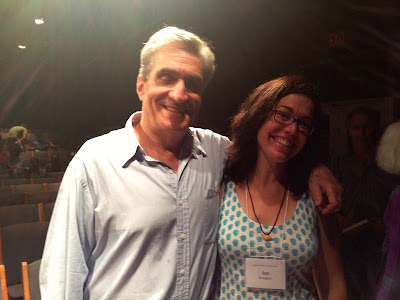 This man has won countless important awards, published 19 books, and spent three years as U.S. Poet Laureate. He’s dreamy. He also still has a “day job” teaching. If you can, name-drop him in the comments below. (NO CHEATING.) I bet most of you can’t—not because you’re not smart (F-Heads are the smartest!) but because you’re not poets.

Fortunately, Hartley makes another choice that goes a long way to balance the Myth of the Famous Poet: we never actually hear any of Simon’s poetry. Hartley simply shows us the profound, and profoundly different, effects it has on readers. It’s a genius technique. It also encapsulates poetry’s deepest truth: it’s never about the words themselves, it’s about the way the reader experiences and internalizes those words. Like the monster in any monster film, the less we see, the bigger it gets. 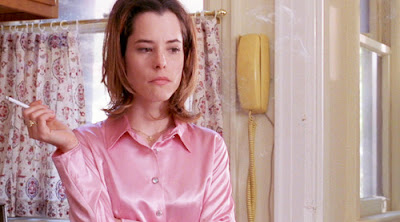 That’s where I run into trouble with Henry Fool: we’re meant to see him as awful but redeemable, I think, but the movie presents too many serious strikes against Henry’s character for me to fully accept him as sympathetic. As a writer, I can forgive him for his self-inflated bombast—Heck, if a writer doesn’t believe in his own genius, at least a tiny bit, how can he face the page?!—but Henry has other skeletons in his closet that don’t hold up as well when arguing for forgiveness, especially in current times. I think I might almost love Henry Fool if I could feel more love for Henry Fool.

WILL POETS LIKE THIS #POMO? I’m going to say IT DEPENDS. There were several times I burst into laughter over a line that left my Non-Poet Husband silent—not that he didn’t “get” the humor, just that it didn’t hit home for him the way it did for me. Not only will most writers know someone like Henry, but most writers have also felt themselves being someone like Henry. Whether their own “Henryness” is a source of self-effacing comedy or a point of pride will determine whether a writer enjoys this movie or finds it insufferable.

WILL MOVIE LOVERS LIKE THIS #POMO? I think YES, especially if they have patience/nostalgia for a particular kind of late 1980s – mid-1990s quasi-independent, polished grittiness. Henry Fool gave me vibes reminiscent of both Heathers and Reality Bites. Today, both of those films seem a bit… philosophically purple… but at the time they were darkly refreshing.

FINAL LINE: A black comedy for those who enjoy laughing at their own pretensions; a weird fable for the cock-eyed optimist; and a “grim” (Hahahahaha pun INTENDED, muthafuckers!) confirmation of belief for nihilists who believe the world is shit, but may be worth living in. In other words, this movie will be different things to different people, just like poetry… and that’s okay. 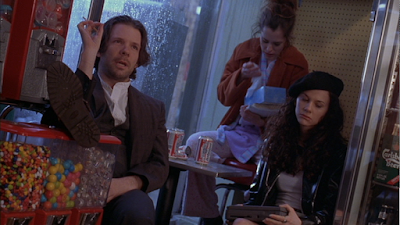 Each week in WWC, I will share some poetry that movie lovers may want to check out. In a nod to Henry Fool’s genre-leaning, genre-bending insouciance, here are a few poetry books/poets that may interest FTM readers:

Poet Sarah Nichols. Keep an eye out for future publication of Nichols’ two most recent manuscripts: one of poems based on Suspira, another (in progress) exploring Westworld. Here’s a peek – her poem “Body/Instrument (After Westworld)”. She’s also one of several terrific poets in this new anthology of Twin Peaks poems, These Poems Are Not What They Seem, from APEP Publications.

Tracy K. Smith’s Life On Mars. There is no “Nobel Prize for Poetry” but there is a PULITZER Prize for Poetry, and this book won it. Includes the long, beautiful poem “My God, It’s Full of Stars” and if you don’t know the reference, sharpen your Kubrick game.

Showgirls: The Movie in Sestinas by Jeffery Conway. This book is bananapants. Have YOU ever tried to write a sestina? They’re long and difficult, and Conway wrote a whole BOOK of them about Showgirls. The poems in the book capture Nomi’s frenetic energy and the movie’s late-'90s-Verhoevenian vibe. TRUE FACT: I sent a copy of this book to LA Doug when he officially became LA Doug. Good housewarming gift, or PERFECT housewarming gift? BUY IT, COWARDS.

*breeding/lilacs out of the dead land
Posted by Patrick Bromley at 5:00 AM