A Decade Under the Influence 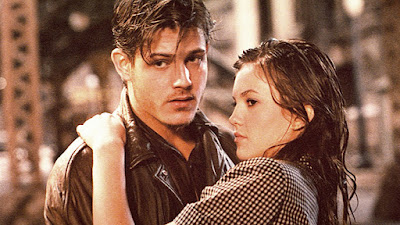 It's hard to believe we've been at this for 10 years.

As you've already been made aware on the site and on social media, our little site is turning 10 this week. We launched a decade ago on May 14 with the release of our Avatar podcast. I had no idea at that time that anyone would ever listen or read anything we did, let alone that we would still be doing it 10 years later.

This has been a great week on the site, with everyone looking back and reflecting on this past decade, calling out articles and podcasts they remember and putting into words what I find myself unable to: that what we have accomplished means something. What we have here is special. I'm not always able to see it, partly because I'm too close to it and partly because I'm not great at recognizing success or quality, particularly if I have anything to do with it. But reading the testimonials from the other contributors and the comments from all of YOU both here and on Twitter has helped me realize that F This Movie! has managed to bring some good into the world and matters to a group of people. I can't ask for more than that.

Outside of Erika, our kids, and our loved ones, there's nothing I care about more than F This Movie!. I take it very personally, and the sense of family that we've joked about all week but seriously tried to foster over the last decade matters a great deal to me. I want this to be a place where everyone feels comfortable sharing their love for movies -- any movies, all kinds of movies. Lord knows we aren't shy about talking about the things we love, even when it might fly in the face of popular opinion or "respectability." I suspect my love of certain directors has made me the laughing stock of at least one critics' organization. I'm ok with it. If there's one thing I've hoped to impart over a decade of running this site, it's been to love what you love. Our writers and podcasters, particularly Adam Riske, have helped open my eyes to that concept even more. 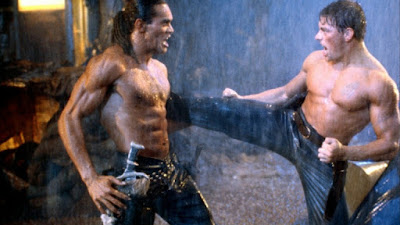 I've had to step back a little in last year or so when I realized that I couldn't keep up the pace of two articles a day and a weekly podcast and a non-movie-related day job and that trying to do so was having serious effects on my health. That's been really hard. When things are clicking, I love writing for this site. I love running it. It's part of who I am. I don't write as much as I used to or as much as I want to these days because of a serious case of writer's block. I was starting to pick up some steam getting back to #HeavyAction, but then a series of catastrophic events at our house made me run right into a wall and I haven't yet recovered. Even writing this is a struggle, but we only turn 10 once and Erika really encouraged me to at least get something out there, even if it's not exactly what I had hoped to say.

The truth is, it's way too hard to say what I want to say. How do I summarize a decade in a single post? How do I properly express my gratitude to the people that have been part of this family over the years? My favorite people all contribute to this site. My lifelong best friend Doug, my brother, the man who makes me laugh like no one else, has written articles and podcasted with me and continues to do all of the special "event" artwork (Scary Movie Month, F This Movie Fest, Junesploitation -- coming next week!) and does an incredible job with all of it. We would be lost without his talents. JB, my mentor, the man my children call "Uncle John," who we spend holidays with and with whom we take family vacations, has written a weekly column for the last decade, one that is always informative and enlightening and entertaining. Do you know how hard that is? Try it sometime. I'm so glad Jan is writing more with us now, as she's one of the smartest and most insightful people I've ever known. The world needs much more Jan in it. Asking Adam Riske to come write for us is one of the smartest things I've done in 10 years of the site. He's unapologetically himself, which is good because that person is smart and sweet and big-hearted and incredibly funny. He's one of my favorite people and a dear friend. His writing is always inventive and hilarious and I love recording podcasts with him. 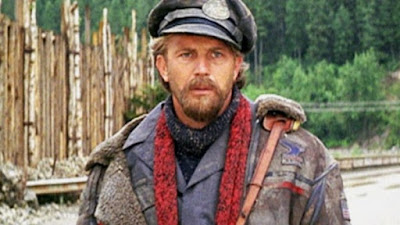 Mike Pomaro is one of my best friends and one of the nicest people I've ever known, which makes it all that much confusing why I mercilessly tease and harass him. Seeing him put his talents to use and become the filmmaker he was always born to be has been incredibly satisfying and we are all so proud of him. Adam Thas puts up with a lot of abuse, too, all of it out of love and friendship. He, too, is never afraid to love what he loves (ask him about Spice World) and has been so kind as to lend us his considerable talents as an artist over the years, too. He's the best. Bringing Rob DiCristino on board was another of my smartest decisions; he submitted some writing samples and his talent was undeniable. I would have been stupid not to scoop him up. (I'm very stupid, but not that stupid.) He has become an invaluable member of our family, but more than that he's become one of my closest friends. That's true of everyone who writes for the site, and one of the reasons I still love what we do at F This Movie!. We really are a family.

Robyn Buckley was someone I met through Twitter, and she brings humor and warmth and her background in theater to everything she does, giving her a unique perspective on the movies she covers and always making it fun to talk to her. She also loves making me watch long movies. Erich Asperschlager, who I met back in the days of DVD Verdict, has stepped away from writing to focus on his music, and that has been a joy to watch. He's incredibly talented and the songs he's written for our special events are so, so good. All of his music is. I was lucky enough to meet Mark Ahn through Erika (they teach together), and he's one of my favorite people with whom to talk action movies. He's so kind and mellow but loves the same stupid, violent shit as me. Love you, Mark.

Rosalie Lewis is the newest member of our family, but I wouldn't know it from how well she fit in immediately. Her passion for the things she loves -- particularly classic film and noir -- is inspiring and exciting to read. She knows so much and is always excited to learn more, which I love. I'm so happy that she and Erika became friends and opened the door for her to join us. My #HorrorBFF Heather Wixson has her own empire to contend with, but she's been good enough over the years to come on the podcast and lend us her writing talents from time to time. We're lucky to have her with us. Special shout-out, too, to Heath Holland, who helped build the site in the early days. Heath has gone on to build something huge and wonderful at Cereal at Midnight, the success of which has already eclipsed what we're doing here in just a few years. Heath will always be family. We've been lucky enough to host contributions from a number of writers, some only once and some for an extended stay. They've all gone on to do great things elsewhere. 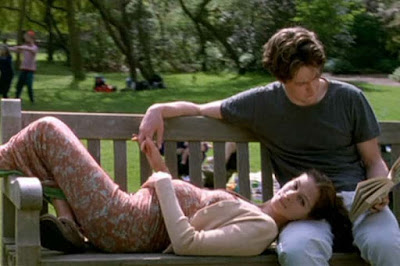 More than anyone, though, I have to thank my wife, the love of my life, Erika Bromley. The Bue. Bue my Bue. This site wouldn't exist without her. Yes, she writes wonderful articles and comes on the podcast and is all smart and lovely and adorable, but it's who she is behind the scenes that keeps F This Movie! going. There are days I want to give up, and she won't let me. When I turned 40, she took over the site and dedicated a whole week to me, which is about the nicest thing anyone has ever done for me. She was the one who pushed for t-shirts and helped make that happen. She's the one who pushed for this whole 10th anniversary celebration and this week's live tweet because she is our biggest supporter and cheerleader (she has to outfit to prove it, and it is hot). I would be lost without her, and so would this site. She is the best of us, and I love her more than anything.

None of this would mean much, though, if not for you readers and listeners. Somehow we've built a community over the last 10 years of passionate, generous, eclectic, supportive audience members who go beyond just being fans and have become extended family. We created communal events years ago with the express purpose of celebrating movies together, and that spirit has turned into the vibe year-round here. I love reading the weekend threads turn into conversations not about anything we've posted on the site, but just about what everyone is into these days. I love seeing fans interact and becoming friends on Twitter. We know each other. We care about each other. We can swap titles and learn from one another. I love getting turned on to a movie by a reader, and I love it when I learn that some movie I've talked about has made a difference to someone or given them two hours of joy, particularly during times like these. Thank you, everyone, for being with us whether it's for the last six months or for the full 10 years. You are why we all do what we do. 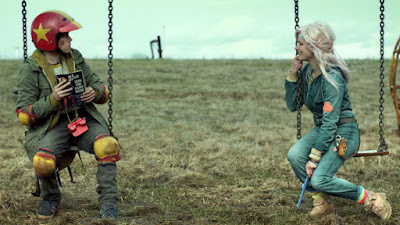 Thank you all for the last 10 years. It hasn't always been easy, but it has always been worth it. This is a place borne out of love -- we love what we do and we love interacting with all of you and we love each other and we love movies. Hopefully we've helped to inspire some more movie love along the way. Here's to many more years of laughs and love, of new discoveries and old favorites. We'll keep being here as long you'll have us.

There are many, many film sites on the internet, but there's only one F This Movie!. Thank you from the bottom of my heart for being part of it.
Posted by Patrick Bromley at 11:00 AM