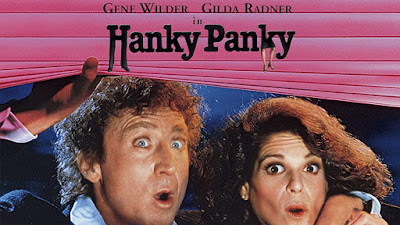 Lately, a lot of people I know have been watching a show about Michael Jordan. Well, I recently watched a movie about Michael Jordon -- no, I didn’t misspell that; but yes, he is from Chicago. I can’t speak to his skills on the basketball court, but if you need a former owner of a chocolate factory you’re in luck because this MJ is played by none other than Gene Wilder.

Right off the bat, I’m going to level with you: This movie has a terrible name, and there is almost no hanky or panky of any kind to be found here (sorry Erika). It doesn’t even feature the Madonna song of the same name. But you should just ignore the title and appreciate the awesomeness that is this movie. Besides the aforementioned Wilder, aka Michael Jordon, the unparalleled Gilda Radner and noir icon Richard Widmark also appear in the film, which was directed by none other than Sidney Poitier. So all of that is pretty rad. If you want more reasons to watch, keep reading.

You might be assuming this is a comedy -- I mean, I thought so given the cast and director combination. But in actuality, this plays more like a thriller with some comedic elements thrown in here and there. The movie opens on a pretty dark note: a man wakes up, sees a strange painting, walks outside, and hangs himself in the barn. Yikes. Next thing you know, Kathleen Quinlan shows up and seems to be some kind of spy or government agent with important information, and there are some bad dudes following her. 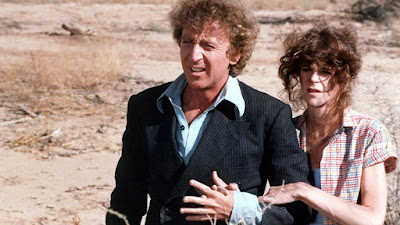 Michael Jordon’s life changes when he shares a cab with the lady spy -- he’s trying to cheerfully flirt with her; she’s trying not to die. The rest of the movie unfolds as Jordon becomes unwittingly drawn into the shadowy world of this woman, and he’s forced to run and be resourceful in New York City, where he’s just visiting for business. I’m not even going to get into the Gilda Radner character, but she’s a joy always and this movie is no exception. Seeing her and Wilder together onscreen just makes me smile so big, even when their lives are theoretically in danger.

The highlight of this movie, both comedically and from a suspense perspective, is a scene in a helicopter over the Grand Canyon. I’m telling you now, you are not prepared. It’s in my top three scenes Gene Wilder has ever done, and you KNOW that is saying something.

A movie that blends humor and action can be tough to balance, especially visually, and Hanky Panky rises to the challenge thanks to the talents of cinematographer Arthur Ornitz (Serpico, Death Wish, Next Stop Greenwich Village). And of course Poitier is a master of his craft, so I’m sure that has something to do with how great this movie looks. 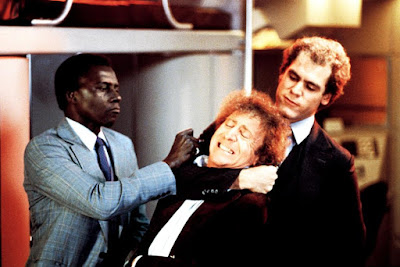 The whole time I was watching this movie, I couldn’t help but think it was such an F This Movie! movie: Fun to watch, underrated, not very critically appreciated, quirky, and worth a reappraisal. I feel like it would be fun to watch during FTM fest and tweet along with other viewers around the world. Wanna see if I’m right? Give it a watch right now! It’s available for online rental pretty much all the usual places, and I predict you’re gonna love it.
Posted by Patrick Bromley at 12:00 PM