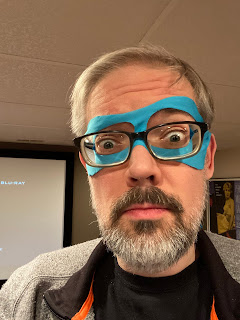 It’s been awhile* since I’ve written anything for the site that wasn’t set to music, but this is a special occasion. 10 years! Almost as long as we’ve been in quarantine!

My connection to F This Movie! began with Patrick, when he and I were reviewers for DVD Verdict. I wrote for the camaraderie and the free DVDs; he wrote for love of movies, and probably also the free DVDs. My first conversation with him was when I was asked to create a header image for a series he was writing about episodes of Star Trek: The Original Series. I spent five minutes finding a rip-off font. He spent months watching episodes and writing about them. The difference in our work ethic was clear even then. I was excited to hear he’d started his own movie podcast, and watched with pride as the accompanying site grew into a destination for movie lovers from around the world. A lot of fan websites measure “community” in terms of page views and ad clicks. F This Movie! measures it in people who want to talk about movies.

I don’t remember how I wormed my way into the F This Movie family. I probably just asked if I could be on the podcast. (I knew that world well enough, having co-hosted a DVD Verdict podcast that once guested a fresh-faced Patrick talking about a new horror flick he’d just seen called The Human Centipede.) Whatever it was, I wanted in.

I tried writing for FTM, a few random reviews here, some thoughtful think pieces there. I was looking for a site that gave me the same sense of purpose and satisfaction I got from toiling away at Verdict. I thought I had to fill a quota of reviews I wasn’t passionate about, to earn my place in an online community. I was wrong. 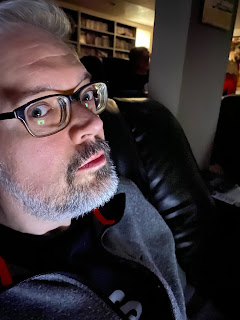 Patrick made me feel valued and welcome even when I wasn’t writing reviews. When it had been months since I’d last emailed, probably to ask if I could be on a podcast. He never asked for my fealty, but he has my loyalty. As a listener. As a fan. As a sometimes contributor who felt welcome even when I stumbled in figuratively drunk at whatever the podcast equivalent of 3am is. I thank him, and everyone else on the site who accepted a stranger, for that. You have always made me feel at home.

It’s been ten years since F This Movie! started and a lot has changed. I found my new artistic voice, and place on the site, as a musician who writes goofy songs about movie love. I write a lot of other songs, too, and perform them at local wineries and the occasional Illinois coffee house. I’m not sure I’d be doing any of that if not for the support of the FTM family. Some of the earliest songs that made me think I should pursue a low-paying hobby in music were for this site. In fact, the first song I wrote for this site was to celebrate its fifth birthday. I found and uploaded it to YouTube a year or so ago:

“Happy F-in’ Birthday” is no longer current (the list of contributors is missing some key names), but the sentiment holds true. I love this site. I’m not the most active member of the group. I swoop in from time to time, long enough to make some jokes and sing a song or two. I can’t tell if I’m the cool Brady Bunch aunt who taught the kids how to use chopsticks or if I’m Cousin Oliver. But I do know how much being part of this bunch has meant to me. I’m your friend. I’m your fan. I’m a hurdy-gurdy man. (Hey, just because this isn’t a song doesn’t mean I won’t try to make it rhyme.) 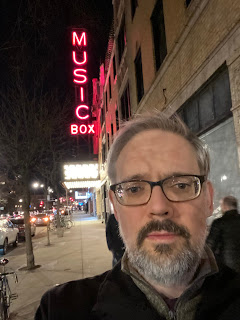 *(with apologies to Scott and Scott).
Posted by Patrick Bromley at 10:00 AM