Reserved Seating Swings for the Fences: THE BATTERED BASTARDS OF BASEBALL 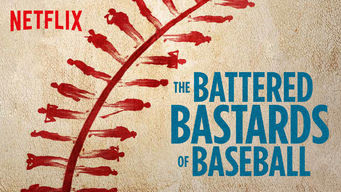 The review duo who want to play baseball with Kurt Russell.

Adam: Our baseball series continues with a 2014 Netflix documentary that I’ve meant to see for six years but just finally did: The Battered Bastards of Baseball. The film tells the story of the now-defunct Portland Mavericks who, for a stretch in the 1970s, were the only independently owned and affiliated baseball team. As a result of that status, they competed with the lower minor league equivalent affiliates of Major League Baseball teams. And the Mavericks beat them. A lot. This caused embarrassment in the ranks of the MLB, who tried to take unfair advantages to defeat the Mavericks on the field and drive them out of the league off the field. The Portland Mavericks were owned by actor Bing Russell (father of Kurt Russell, who at one point played for the Mavericks) and the documentary goes into depth about how independent baseball became Bing Russell’s second-act passion project after many years of being a steadily working actor in Hollywood.

The Battered Bastards of Baseball is one of the only cases I can think of where the story might be better told as a narrative than as a documentary. The material is here for an interesting movie. The circumstances were unusual and the team’s continued success from the beginning is surprising and noteworthy. The team was also beloved by the city of Portland and has gone on as something of local legend, a memory held by the people involved with great esteem. What is missing is the individual personalities. We get a sense of playing on the team by former major league pitcher Jim Bouton (who played for the Mavericks after being essentially blackballed from the MLB), but the rest of the guys on the roster are discussed fleetingly via talking heads. We don’t get to know them too well. This was a rag-tag assortment of ‘70s athletes that seems ripe for Slapshot treatment. I also would have liked more time being in the head of Bing Russell, the architect of the team and pioneer of much of what independent-league baseball would eventually become. Bing Russell has passed away, so we get some stuff with him talking about the Mavericks in archival footage and recollections from the Russell family, but - for example - Bing is said to have an uncanny eye for talent and assembling a team. I want to hear more about how he did that. Here it’s just treated as a statement with no insight. This is a story ripe for dramatization. Overall, I liked The Battered Bastards of Baseball, but it’s probably a one-time watch for me.

What did you think of the movie and have you ever been a fan of a hometown independent league baseball team? I have two nearby - the Dogs and the Boomers - and love them, especially when my “real team” - the White Sox - are having a bad season. It’s nice to pivot to low stakes baseball where I don’t get as emotionally invested. It’s like when your team didn’t make the NCAA Tournament but they’re in the NIT. 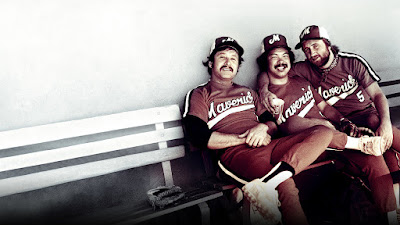 Rob: I want to start by saying that I really loved The Battered Bastards of Baseball. I had no idea any of this existed — not the Portland Mavericks, not Bing Russell, not Professional Baseball Player Kurt Russell (#TheKurtRussellRule). In an age when Major League Baseball is chipping away at the game’s integrity in the name of “pace of play concerns” — most of which shake out to little more than greed — it was great to be reminded that institutional change is still possible if a group of people simply decide to reject the crappy hand they’re dealt. These players’ careers were not going anywhere. They had no illusions about being drafted by big league clubs or making millions in endorsements. They just wanted to play. Also, how great is it that we’re celebrating the Minors in a movie! As the talking heads point out, the MLB largely considers these teams to be pipelines for player development instead of their own entities, and as someone who has a number of local MiLB teams to celebrate, I found it refreshing to see how the Mavericks put Portland first in all things. It’s not like anyone else cared!

And look, I understand that baseball is a business, and I understand that the people who own ball clubs have a responsibility to address concerns with their “product” in a growing marketplace. But is it really the fans who are clamoring for change? It feels more like advertisers and television networks and ownership shareholders and other degenerates doing their best to dilute this weird and beautiful game until it fits into a GIF. It sucks. Baseball is slow, boring, and elegant. It’s not football, and I liked it that way! I liked that managers could bring in a reliever to face one guy and then take him out. I liked that there were no “challenges” to an umpire’s call. If his guys are getting squeezed, a manager goes out there, kicks some dirt, and gets thrown out. That’s how it’s done. And one Wild Card team per league, damnit. I conceded the necessity for the DH in the National League, but must you take everything!?

Anyway. This isn’t why we’re here. 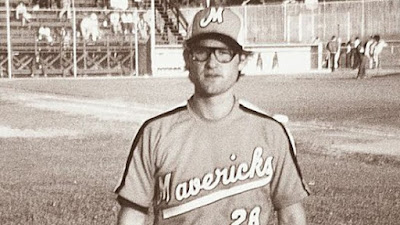 I agree that The Battered Bastards of Baseball could have gone much more in-depth at the ground level and probably deserves the full narrative treatment. It’s overly reverent of its patriarch, which probably diluted a lot of the juicer and less flattering elements of his journey. Who do you cast in the feature? There’s an obvious candidate for the role of Bing Russell, of course, but I kept thinking about Michael Keaton. Couldn’t you imagine him sitting in the stands, eating a hot dog, doing those eerily-still Keaton-y things while he watches his guys train? Or what about him going full-on Let's Get Nuts Keaton in front of the arbitration panel as he argues for the future of his team? And then there’s the team itself. There’s so much room to play around with each personality! How about the guy who made In the Bedroom being on the team? And the guys who created Big League Chew? Or that one guy who just flat-out went missing after the team shut down? What must those dugouts have been like? A narrative version of this story — one that goes beyond slobs vs. snobs — would kick ass and really nurse the soul of baseball in 2020.

Adam: My baseball soul needs nursing this year, too. I’m worried we won’t have a 2020 season at all with the current state of the salary/safety disputes between team owners and the players union. That aside, and to answer your question, I would want Matthew McConaughey as Bing Russell. He’s described as owning a room the moment he enters it which McConaughey does, plus he looks like he’s been around baseball (not every actor has that look to them) and I’m pretty sure he’s also three percent baseball glove.

What did you think about the Jim Bouton subplot? That was my favorite part of the movie because it further exemplified the fraternity of Major League Baseball and how ostracized people are who go outside the lines. It was cool to discover how on board Bouton was about playing for the Mavericks. You’d imagine a lot of guys in his shoes would resent being there for vanity reasons, but he seemed to embrace the rag-tag aspect of it all immediately. 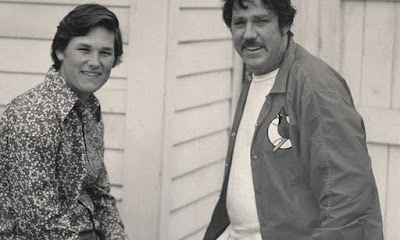 Rob: To me, the Jim Bouton subplot would be the dramatic spine of the second-to-third act. Russell gets things going, builds the team, but it’s only after they get some notoriety and Bouton joins the team that they really start to gain perspective on what the Mavericks experiment is doing to baseball. More than any of them, Bouton has an axe to grind with the MLB (the former Big Leaguer was shunned after writing a tell-all memoir and would only make his comeback after success with the Mavs), and he’d be the one to occasionally act selfishly/play for the wrong reasons, which would unite the others and provoke them to flip him. Or maybe it’s more positive, like Kurt Russell says, and he’s just a big cheerleader working hard to earn back his spot in The Show. Who knows?

I really enjoyed watching and talking about The Battered Bastards of Baseball. I hope baseball fans check it out, if they haven’t already. What’s up for next week?

Adam: Next week, more baseball! We’re watching the Matt LeBlanc classic Ed, where an ape plays third base in honor of Animals Day for Junesploitation. Until next time…