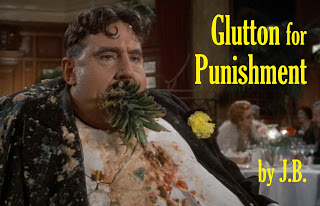 This one is a head scratcher.

I first became aware of Victor Halperin’s crime/possession melodrama Supernatural because its spooky poster was featured in Ronald Borst’s beautiful, indispensable book Graven Images, which I had purchased and pored over when I was a much younger man. (Good Lord! That handsome volume of horror movie posters will celebrate its 30th birthday in print in only two years!)

ANNOYING AUTOBIOGRAPHICAL PAUSE: I used to take that book to horror conventions and get autographs in it—most famously, the first Famous Monsters of Filmland convention in Crystal City, Virginia in 1993. This was held so long ago that celebrity autographs were free. During that Memorial Day Weekend, I managed to snag Gloria Stuart (This was five years before Titanic; I wanted her autograph because she starred in The Invisible Man), Ann Robinson, Zacherle, Robert Bloch, Curt Siodmak, John Landis, and Forrest J. Ackerman. I wish I had brought that book to the dozens and dozens of shows I attended over the next three decades. Ah, hindsight! 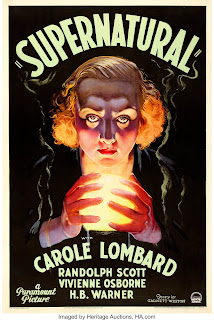 The poster for Supernatural is a doozy: Carole Lombard looks up menacingly from a crystal ball, illuminated from below all ghostly-like. Kino-Lorber has done monster fans a favor by restoring and releasing this obscure little film on Blu-ray disc. It looks terrific and features a wonderful audio commentary by Tim Lucas. The film is short, a little over an hour, and was director Victor Halperin’s follow-up to his independent hit White Zombie with Bela Lugosi.

Meanwhile, rich Roma Courtney (Carole Lombard) is distraught because her twin brother John has just died. Bavian is trying to bilk Courtney out of her cash by claiming he has a message for her from her brother in the great beyond. Courtney attends a faked séance run by Bavian with her fiancé, the skeptical Grant Wilson (Randolph Scott). Questioning Bavian’s legitimacy, they visit Dr. Houston, who is experimenting with Ruth Rogan’s corpse, jazzing it with massive amounts of electricity for some reason. Ruth’s spirit jumps into Roma! 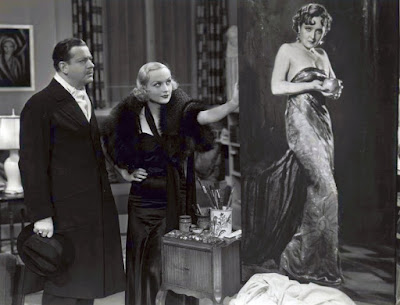 Here’s the problem: As well-intentioned as Supernatural might be, it just isn’t scary. Though director Halperin had scored a massive hit the year before with White Zombie, that was an independent production. Its success brought him to the attention of the majors and Supernatural was made for Paramount Pictures. Could the imprimatur of a major studio have forced Halperin to downplay horror elements in favor of crime melodrama elements? Could that fact that star Carole Lombard did not want to make the picture at all (knowing her forte was light comedy) have anything to do with its “Can’t Decide What Goddamn Genre It Is” conundrum? Think about it: you have an actress best known for comedy, a leading man on the brink of Western stardom, and a second lead beloved by Frank Capra who had once played Jesus in silent pictures—sounds like the makings of a horror masterpiece! 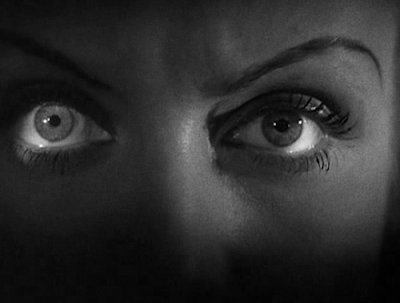 I have noticed lately (watching Supernatural for the first time and Dracula’s Daughter for the 400th) that certain genre films, made in the mid-1930s to cash in on the original Universal Horror juggernaut, want for all the world to be anything but horror films. In Dracula’s Daughter we get lengthy parlor conversations with the trial lawyer who will defend Dr. Van Helsing; we also get endless footage of society people at a fancy party (because that material is easy to film) and precious little footage of the titular progeny stalking and terrorizing potential victims (because that material is hard to film). In Supernatural, we get an interminable scene in a warden’s office in which two men talk about a murderer and her victims. That scene seems to last a good ten minutes, a sixth of the film’s running time! Later we get endless parlor conversations about Roma’s deceased brother, Bavian’s flim-flammery, and Houston’s possibly unethical experiments. It’s as if “Show, Don’t Tell” wasn’t invented until the 1940s.

Or could both these films be aping their inspiration, 1931’s Dracula, which itself features endless “parlor conversations,” perhaps owing to its roots as a stage melodrama? 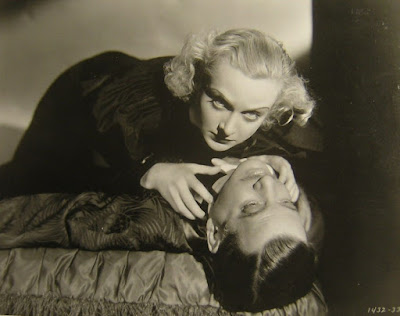 I’m glad I finally got to see Supernatural. Kino-Lorber’s restoration is quite good. Tim Lucas’s commentary is excellent. I do wish that KL had rounded out the package with more extras or a second feature, given the film’s brevity. I walk away from the whole experience thinking that the best thing about Supernatural … is its poster.